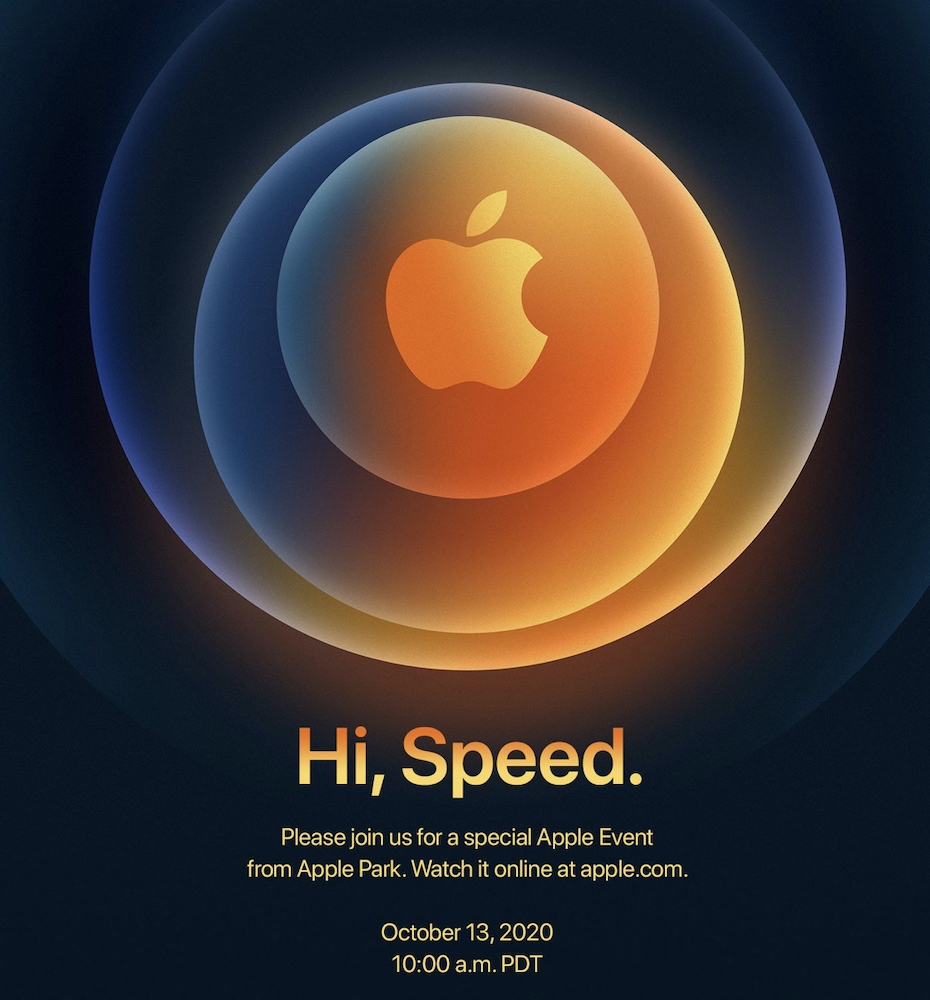 Apple has confirmed speculation it will hold a special online event streamed from Apple Park on October 13, where the company is expected to introduce the iPhone 12 5G family.

The event, dubbed Hi, Speed, and featuring a circular orange and blue design takes place from 10am PDT on October 13, the company said. It will be streamed from Apple Park.

We don’t know for sure what to expect, but at this stage we are in position to make a pretty accurate guess.

Apple is expected to introduce the new iPhone 12 family, including both a mini iPhone and a larger model, the latter likely equipped with mmwave support.

The company is expected to introduce four iPhone 12 models, including a 5.4-inch ‘iPhone mini’, two 6.1-inch and a 6.7-inch model all with OLED displays and 5G. Storage options include 64GB, 128GB and 256GB models. All the devices are expected to introduce 5G support and to make use of the super-fast A14 processor.

Beyond iPhone, there is some expectation the company will spend a little time discussing its services plans (particularly around TV+) and that it will expand its accessories range, introducing over ear AirPods, a new model of HomePod, a console-class Apple TV with a fast processor and gaming controller, and possibly introducing the much discussed but never yet seen AirTags products.

There may be a few other surprises.

There has been speculation the company may introduce its first ever Apple Silicon Mac at the event, but I have a gut feeling this won’t take place until later – after all, that’s a major announcement on its own terms.

The event will be streamed live from here. It will also likely be made available via Apple TV.

Apple has also added a little touch of AR to the invitation page. Tap the page on your iPhone to explore this, as captured by Rene Richie below…