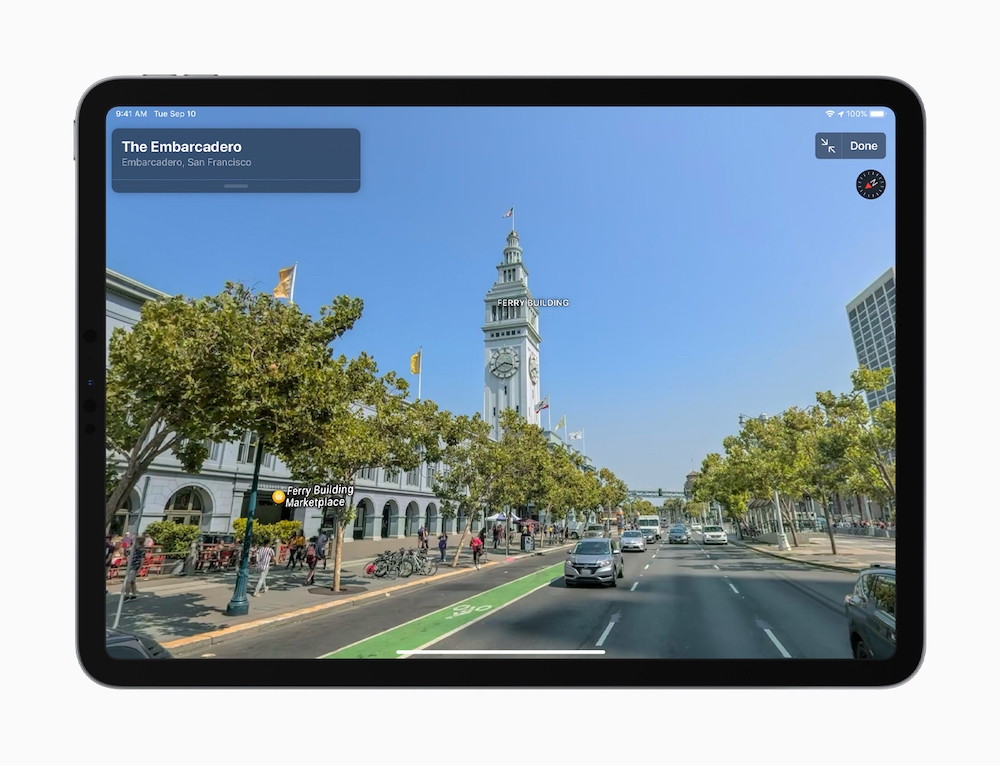 Look Around is even better on iPads

Apple has introduced its fantastic ‘Look Around’ feature for the first time outside  the U.S., extending the feature to four cities in Japan.

You can now use Look Around – which offers a 360-degree photo quality views you can explore in Maps – to explore four cities: Tokyo, Osaka, Nagoya, and Kyoto.

The feature is seen as Apple’s answer to Street View, though the company continues to improve it with the addition of AR-related place and directional information. In theory, at least, you could navigate city streets while staring only at your iPhone, though this would be quite a dangerous experiment, and I’d urge you not to indulge yourself in doing so.

Look Around Tokyo while social distancing and saving on air fare.

How to use Look Around

To access Look Around you must visit an area in which these maps are available, scroll in tight to the map and then tap the binocular icon that you’ll see appear, just below the location arrow. Tap this and the Look Around window opens which you can navigate with your fingers. It’s a much smoother experience than you get with Street View.

What’s the hold up?

Apple introduced Look Around in 2019, but it’s still only available in a handful of locations – though it’s probably the only way most Apple users will ever get a glimpse of Apple Park.

With the addition of the four citities in Japan, it’s now available in 12 major locations, also including San Francisco, NYC and Boston.

The feature uses images Apple has been gathering with its fleet of Apple vehicles and individuals equipped with imaging gear in recent years, but roll out seems a little slow – though it’s quite possible this reflects careful planning, rather than anything else, given the importance of AR to the company.