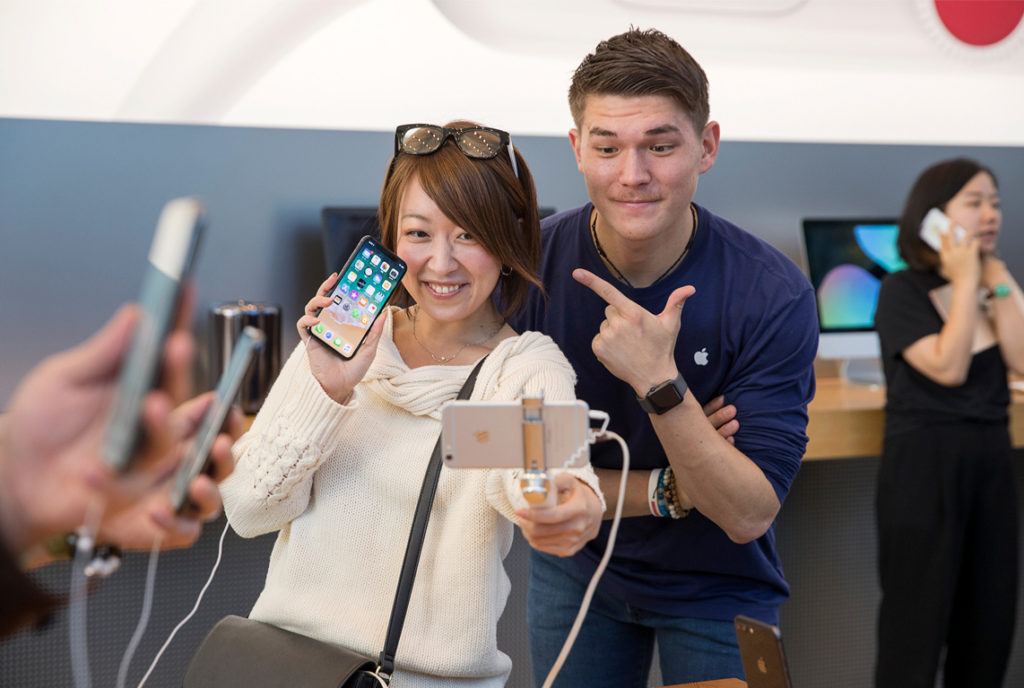 Apple hasn’t said it, but there’s growing circumstantial evidence to suggest a big quarter, thanks to iPhone X.

Apple had a great Thanksgiving. How great? Pretty good, according to fresh Localytics data.

“Apple’s big bet on the iPhone X – it’s most expensive model to date – seems to be paying off, as reflected by the 47% lift in new activations over the Thanksgiving weekend,” said the company. 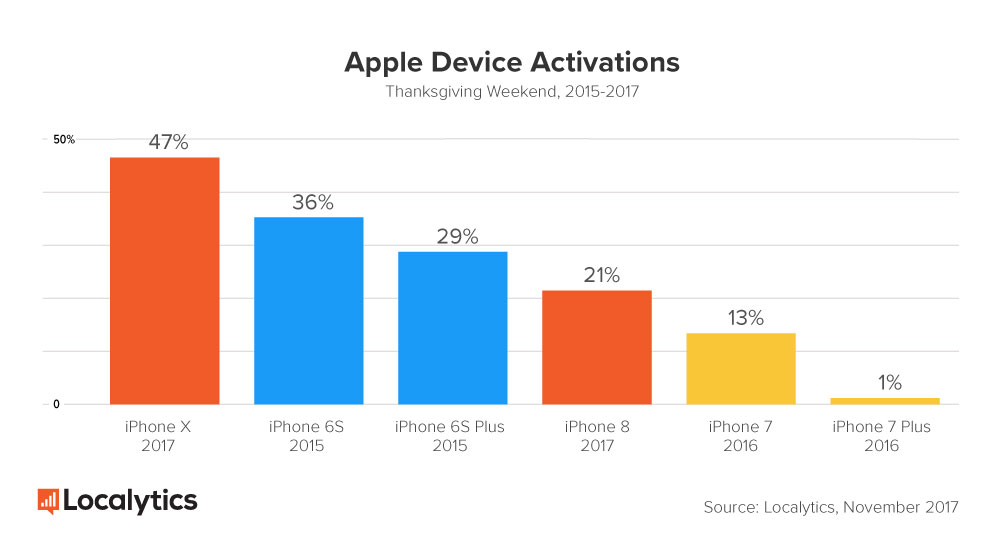 These claims follow previous analysis earlier this month that suggested Apple’s new iPhones were gathering market share at twice the rate achieved by the iPhone 7 releases in 2016.

That this increased over thanksgiving by around 45 percent in comparison to previous weekends suggests Apple may have sold up to three times as many devices over Thanksgiving as it did in the same period in 2016.

How big is big?

There have been some recent claims to the effect that Apple may have sold over six million iPhones over Thanksgiving. That speculation gets added credibility in light of recent analysis from IDC, Slice Intelligence, Localytics, SEMRush and a gaggle of other analysts, as I reported here.

I’m not about to read too much into these stats – but they do rather suggest that Apple will have sold a record number of iPhones over Thanksgiving, most of these being the high-end iPhone X models.

Apple’s own guidance suggested it expected to sell around 80 million iPhones in the current quarter. The various bread crumbs of data I’ve been gathering suggest it may exceed that, particularly given the rapid resolution of production challenges. 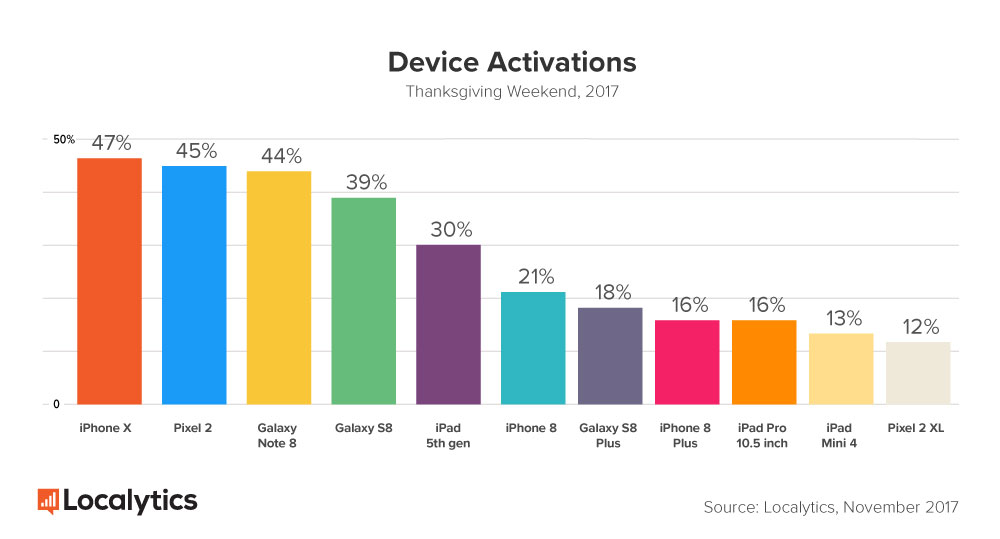 Activations are not the same as sales

It is important to understand that the Localytics data doesn’t represent sales, but device activations. It is also important to note that Apple’s new iPhone X first hit stores on November 3, preceded by the iPhone 8, which I imagine means activations in the previous four weekends will also have been high.

In the absence of firm sales figures, we have to conclude that Apple achieved some good results in the period based on the data we do have.

It is worth noting that Samsung was offering deep discounts on its Note 8 devices over Thanksgiving, offering up to $400 off the normal price in a fire sale designed to help battle Apple’s far superior product.

“While it’s interesting to see Google’s Pixel 2 showing a strong lift over the Thanksgiving weekend, it is also worth noting that the total universe of Pixel devices is still significantly smaller than the universe of iPhone and Galaxy Note devices,” Localytics adds.

So, has Apple set the scene for the next decade of smartphones with iPhone X? Tell me what you think in this poll.