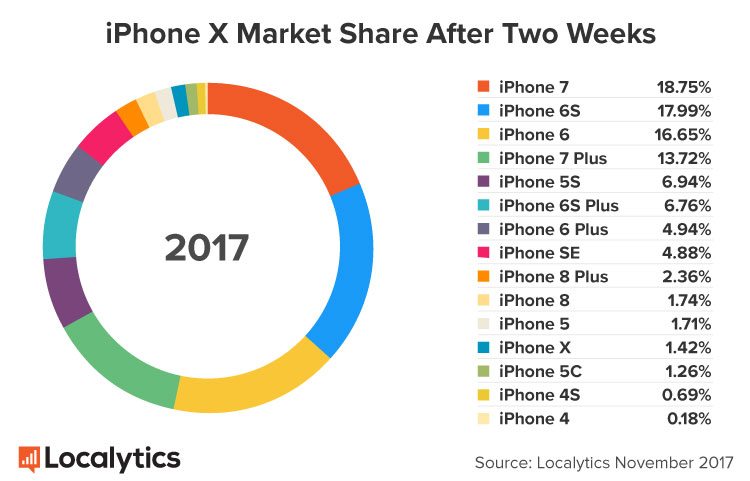 Apple’s new iPhones appear to be picking up market share at twice the rate achieved by the iPhone 7 releases in 2016, new Localytics data suggests.

The power and the pent-up

I’ve said before that the iPhone 8 is an excellent device, the essence of ten years of iPhone design success. It looks like I’m not alone in thinking this – as the data suggests that 4.1 percent of us are already using iPhone 8 (1.74%) or iPhone 8 Plus (2.36%) models. That’s not at all shabby, given they’ve only been available for about a month.

This year was different, because as well as introducing the new 8 devices, Apple also gave us the powerful new iPhone X smartphone. Priced at over $1,000, this product sold out in minutes but now seems to be in better supply. Not only this, but the Localytics data shows the device has captured 1.42 percent of the market in just two weeks.

Add these numbers together (4.1% and 1.42%) and you see that around 5.52 percent of us are already running one of Apple’s 2017 iPhones. In contrast, the iPhone 7 achieved 2.7 percent market share within two weeks of its introduction in 2016.

ABOVE: What happened when iPhone X first went on sale in China

Now, the data isn’t perfect. It is based on Localytics’ analysis of “more than 70 million iOS devices globally”. However, it does suggest that twice as many people are purchasing iPhones this season as they did last time around.

If you were paying attention when Apple launched its annual failed smartphone in 2016, you might have noted that the company “sold more iPhones than ever before” in its first quarter, over 78 million.

This new Localytics data makes it possible to speculate Apple may even double that number this season, but I’m shy of making that claim. The data does make it seem pretty certain Apple will set yet another Q1 iPhone sales record this year.

That speculation gets added credibility in light of recent analysis from IDC, Slice Intelligence, Localytics, SEMRush and a gaggle of other analysts, as I reported here. 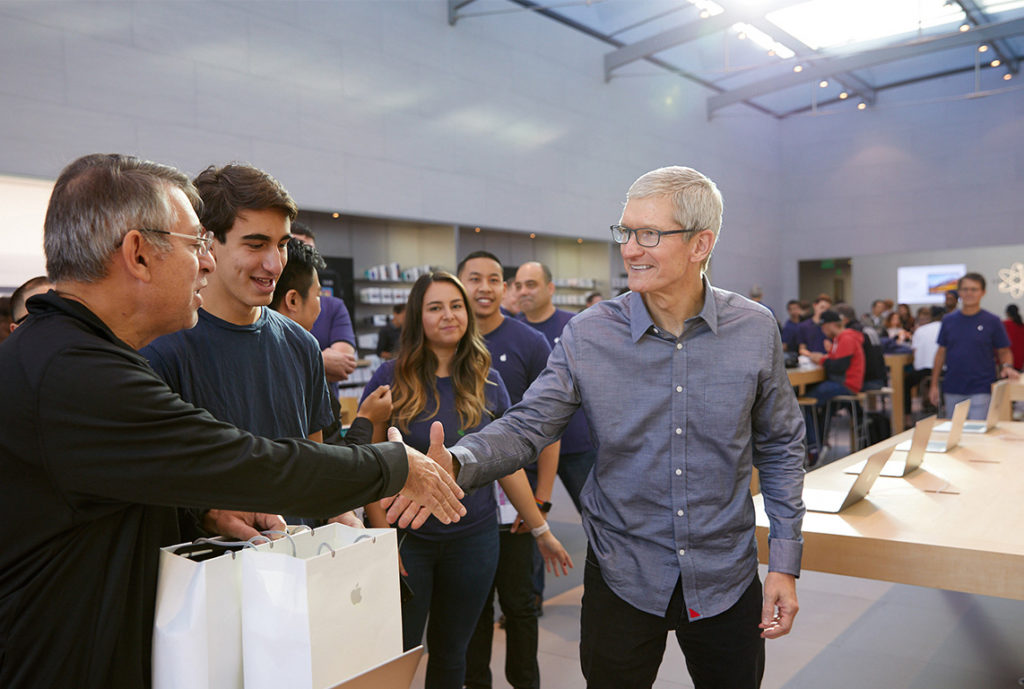 Looking forward across the next 12-months, and the signs are strong that Apple faces yet more opportunity when it moves to launch next year’s Face ID devices.

You see, Localytics shows that over 24 percent of us are using iPhone 6S/Plus phones, with another 31 percent on iPhone 7. We know a high proportion of those people will be Apple addicts and thus will probably buy a new phone this season, but it won’t be all of them.

This makes for a big crowd of happy customers who will be in the market for an upgrade in 2018. The data also tallies nicely with an earlier survey.

Waiting in the wings, of course, we have Apple’s delayed HomePod system and the tantalizing promise of an incredibly high-powered octacore iPad Pro set to make an appearance in early next year (probably).

Mac users have no reason to feel left behind, either. Apple is also expected to introduce its powerful iMac Pro before Christmas, with a Mac Pro promised in future.

Have you picked up a new iPhone this year? Which one? Perhaps you are waiting until next year to upgrade? Please let me know in comments below.