Are Apple execs dancing as evidence of iPhone 12 ‘supercycle’ grows? 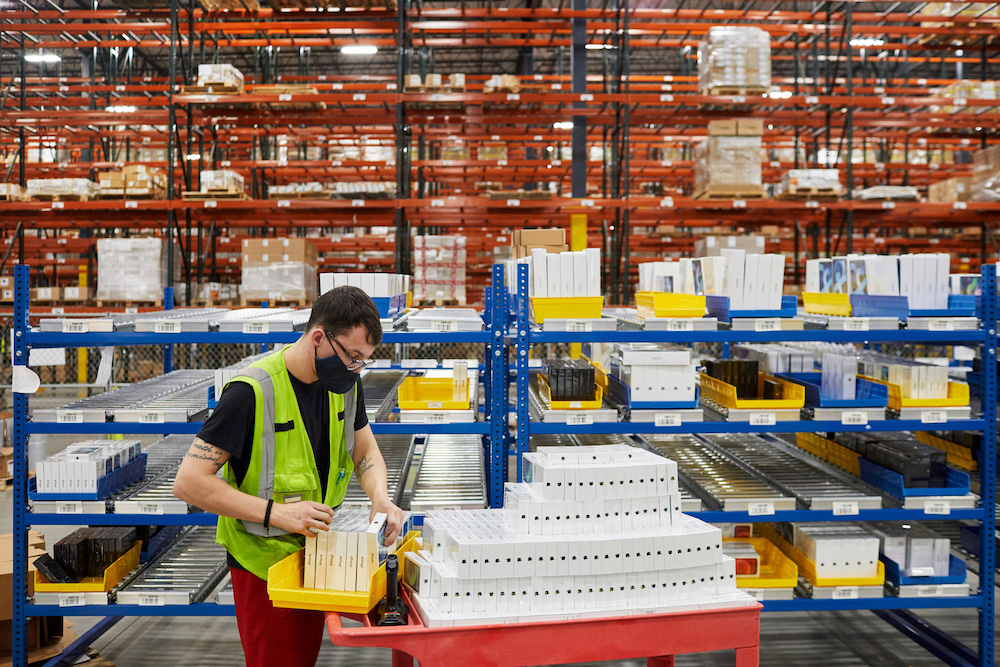 I want all those things, don’t you?

I’m even more convinced that the iPhone 12 has achieved what logically might seem impossible – a supercycle of upgrades in the middle of a global pandemic likely to utterly transform civilization.

Apple manufacturing partner reported a new record in Q4 revenues on strength of iPhone 12, and analysts including Daniel Ives at Wedbush are waxing lyrical on Apple’s achievement.

Ives recently explained his own supply chain checks have “exceeded” his company’s own bullish expectations, which should translate into more growth ahead at Apple.

“Apple is continuing to demonstrate the strength of its product ecosystem, and we anticipate ongoing strong double-digit growth for Macs, iPads, and services.

And at Credit Suisse, analyst Matthew Cabral raised his price on Apple shares, citing a “clear trend toward a better-than-expected mix of iPhone 12 Pro.” J.P. Morgan analyst Samik Chatterjee thinks similar, pointing to an iPhone halo that is boosting sales of Apple products across the board. 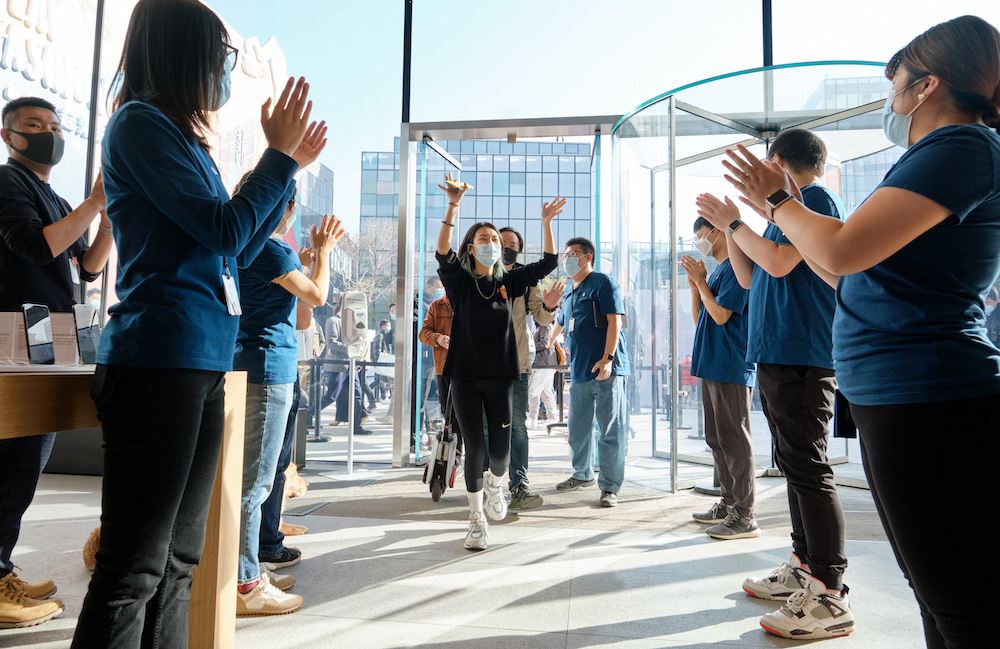 Some places in the world still have shops

This is not the first set of reports to suggest the strength of the iPhone 12 launch.

The latest Counterpoint Research data which claims the iPhone 12 became the world’s bestselling 5G iPhone in October, even though it was only available a relatively short time. 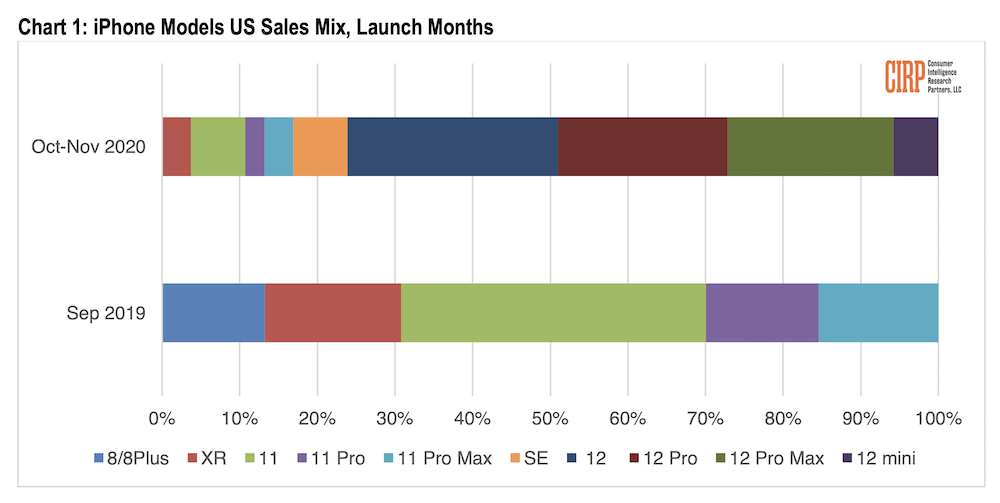 CIRP data confirms all this news. It finds that iPhone 12 accounted for 76% of all U.S. iPhone sales since they launched, with iPhone 12 taking the largest share for a single model (27%).

The data also shows that demand for the iPhone 12 mini is the lowest of the lot accounting for 6% of sales, likely impacted by the proximity to the release of the 2020 model iPhone SE, which largely hit the small device market.

“Apple not only launched a wider range of new models than ever before, and also divided that launch into two pairs of models, so comparison to earlier launches is tricky. In addition, Apple launched a new iPhone SE earlier in the year, further complicating the range. Compared to last year’s launch of iPhone 11 models, which accounted for 69% of sales in the period after the launch, the four iPhone 12 models did even better, with 76% of sales. However, there was no clear leader among the new models, with sales evenly distributed among iPhone 12, 12 Pro, and 12 Max. In contrast, in 2019, iPhone 11 had an incredible 39% of sales, with iPhone 11 Pro and Pro Max combining for only 30% of sales.”

It will be really interesting to learn what iPhone sales news Apple is prepared to share at its next shareholder’s call around the end of January 2021.