Apple’s newly published iOS and iPadOS adoption data is impressive on its own account, but astonishing when you think about the significance of these numbers.

Apple infrequently shares usage and OS adoption data concerning its platforms. The latest information was gauged on December 15 and shows that:

That means around 90% of all the iPhones in use worldwide now run iOS 13 or iOS 14. That’s an amazing piece of data when you consider some estimates claim there are a billion iPhones in use worldwide, as it suggests 900 million people are using one of these versions of the Apple mobile OS. That’s over one in ten people currently alive on the planet. 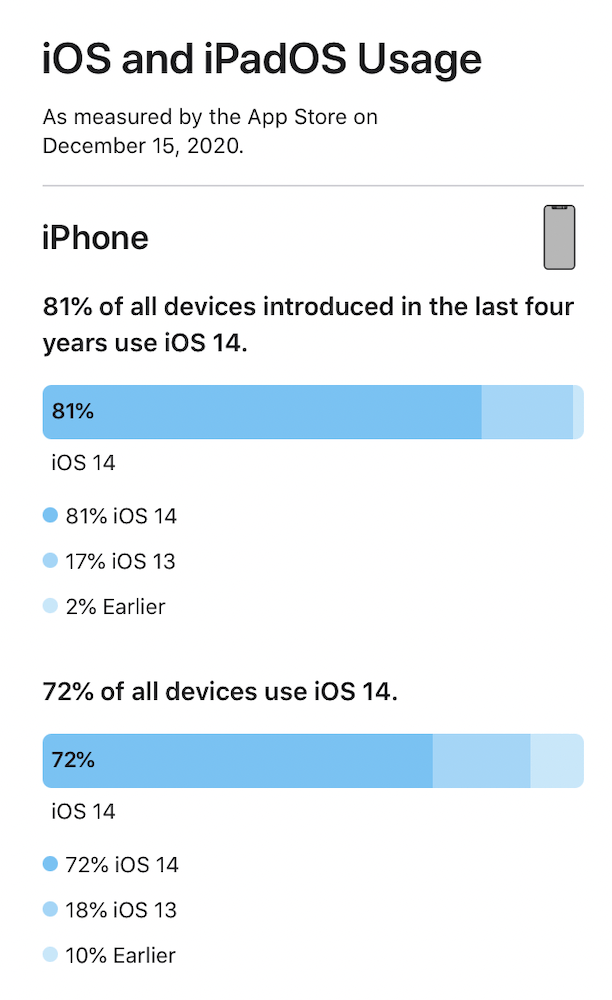 What other information do we have?

Step back just over a year and we say iOS 13 installed on 55% of all four-year-old devices and 50% of all active devices. This suggests some growth, and isn’t a precisely fair comparison as last year’s data emerged in October while this year we see the data come to us a little later than that, in part because everything shipped a little later than usual. 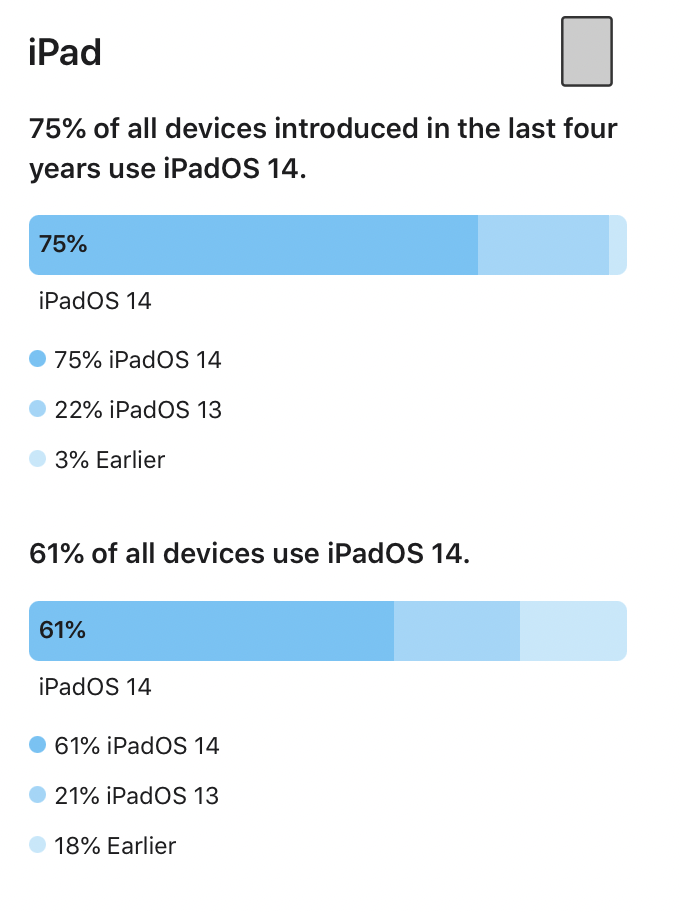 What patterns are visible?

The biggest visible pattern is that Apple can boast that in almost every case, around 90% of all iPhones in use globally will use the most recent or current iOS iteration. That’s good news for developers as it means the ecosystem is unfragmented. No other mobile manufacturer has this – and the user base seems set to grow by c.20% over the coming months.