Apple’s iPads and Laptops are ‘Most Reliable’, says Consumer Reports 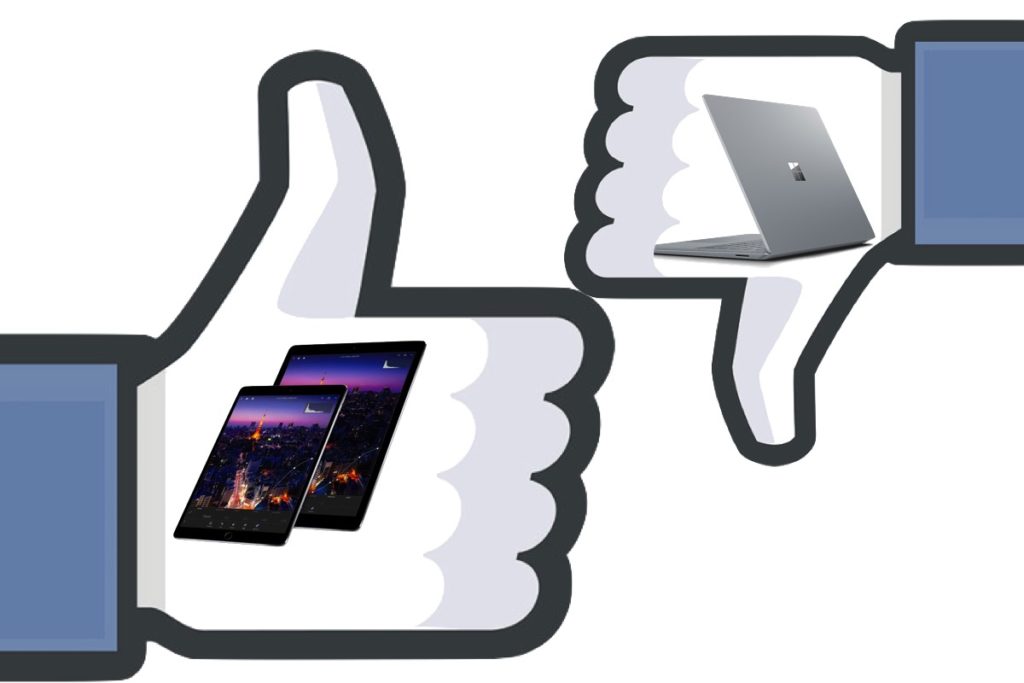 Consumer Reports makes yet another change in its recommendations

I’ll admit to an on/off relationship with Consumer Reports, as I’ve still not quite forgiven the title for its weird MacBook Pro with Touch Bar claims, later fixed and retracted. Now it’s back with another weird about turn, removing its ‘recommended’ rating from four Microsoft laptops and Surface tablets, with an editor saying Apple “has the most reliable devices”.

One in four fail?

Consumer Reports says it chose to withdraw its previous recommendation on Surface after surveying 90,000 laptop and tablet owners and finding that 25 percent (one-in-four) of those who owned Surfaces or Microsoft laptops would experience “problems by the second year of ownership”.

“The decision by Consumer Reports applies to Microsoft devices with detachable keyboards, such as the new Surface Pro released in June and the Surface Book, as well as the company’s Surface Laptops with conventional clamshell designs,” the report explains.

This is all rather interesting, given that when these products were released earlier this year they quickly became the darlings of the tech press, with earnest pundits praising them above Apple’s reliable offerings. I seem to recall that some waxed lyrical about their reliability.

“If you are very concerned about how long your products are going to last, it might be better for you to go with a brand that has a higher predicted reliability,” Jerry Beilinson, electronics editor, told Reuters.

“Apple Inc had the most reliable devices, Beilinson said,” according to that Reuters interview.

It is strange to think that these hardware problems were not spotted in lab tests, when similar lab tests not so long ago somehow managed to find a way to claim Apple’s MacBook Pro with touchbar was flawed. It wasn’t, and the Surface was.

Microsoft responded as you’d expect it would, saying: “We don’t believe these findings accurately reflect Surface owners’ true experiences or capture the performance and reliability improvements made with every Surface generation.”

All the same, it’s not just the fact that your product may fail you need to think about when purchasing products. It’s also about how things will go down in the event they do fail. Apple has previously secured a Consumer Reports reader score of 82 for tech support in comparison to Microsoft’s 68 in a previous survey.

That survey also showed that Apple tech support solves the problem 79 percent of the time.

People like to say Apple is more expensive and that’s why it can afford to be good about fixing stuff, but when it comes to these product it isn’t like you are getting what you pay for. The Surface Laptop starts at $999 while the Book costs from $1,119. Apple’s iPad range, meanwhile, starts at just $649 for an iPad Pro.

The inescapable conclusion surely has to be that Apple’s tablets are cheaper, less fault-ridden, faster, iOS and Mac compatible and ship with better tech support – just a better deal all round.

It’s just a shame Consumer Reports didn’t recognize this before who knows how many of its readers bought the Microsoft products it previously recommended, before it changed its mind. Can its readers — who rely on its recommendations — change their minds so easily?