Apple Pay Will Be Available Everywhere, Anywhere, by 2020 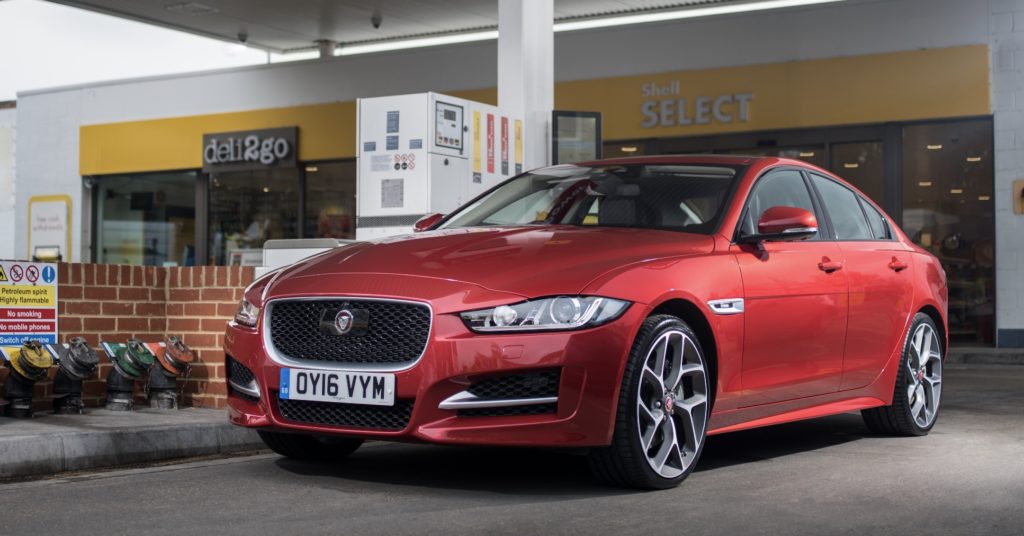 You can use Apple Pay to pay for fuel without leaving your car, if you’re lucky enough to own a Jag. (I do not own a Jag. Donate today).

If you read some of the ‘make a decision first then twist facts to support it’ anti-Apple rhetoric that pervades the blogosphere, you’d be forgiven for thinking Apple Pay is a dodo. If you read Apple Must, then you already know that’s wrong – the Apple payment service is only just beginning. Knowing this gives you the kind of market advantage that tuning out cynicism always does – it’s optimism that changes the planet, while cynicism just gets in the way.

Apple Pay lets you use your fingerprint, an iPhone, or Apple Watch to pay for stuff, online, you can use those products and/or the Touch ID on a MacBook Pro to pay for items where you see the Apple Pay logo. I just used it to support this fantastic Kickstarter project, for example.

More secure than using your credit card, these are great ways to pay – but you still need the places where you shop to accept Apple Pay for it to be any use. And that’s what’s changing so, so rapidly as the Apple Pay team is working its little cotton socks off to develop the service.

That’s certainly what we learn in a recent Boston Retail Partners report, which tells us not only that mobile payments are taking off, but that Apple is rapidly becoming the most widely deployed and most widely used smartphone-based mobile payments service.

“PayPal has been bumped out of its top spot in this year’s survey with Apple Pay now being accepted at 36% of the retailers participating in the survey,” the report said.

“This is up significantly from 16% last year and signals a growing acceptance by retailers and customers. This year fewer retailers are adopting a wait and see approach for Apple Pay and PayPal – likely because of the growing support from the payment software ecosystem and the acceptance for these mobile payments by the public.”

This also means that every time you read one of the usual sarcastic posts claiming Apple Pay just isn’t available to them, you can ignore them – as pretty soon it should be available at over half of the places anybody shops. There’s some evidence that around 10 million people in the US use Apple Pay to purchase products and services every week.

This doesn’t stop there. Apple Pay deployment is growing rapidly. Just today the company expanded the service to another 40 banks and credit unions across the U.S.

This wide deployment means that the number of Apple Pay users climbed 450 percent between 2015 and 2016, and there is little doubt that it continues to increase.

In February 2017, Apple CEO, Tim Cook, said Apple Pay’s volume was up over 500% compared to last year even as the total number of users tripled during the period. Think about that. It means usage, availability and margins are shooting up as Apple Pay opens up new opportunity for the company.

This week’s Apple Pay announcements saw the Bank of China bring Apple Pay support to UnionPay credit cards; ING Direct and Macquarie now support it in Australia, and the service is expected to launch in Germany, Italy, and South Korea in the next few weeks.

With such rapid roll out it seems highly probably we’ll see similar availability and support for the service worldwide as already seen in the U.S.A, particularly as global markets were more open to mobile payments initially. I anticipate we’ll see support at 70%+ of global retailers by 2020, at the latest. In some countries (particularly the U.K.) adoption seems to be expanding much more rapidly than that.

Apple’s success in creating a mobile wallet service that is actually being used means partners are developing new and interesting ways to apply the technology:

These are all important. They matter because they show Apple and its partners figuring out how to weave the mobile payments service into multiple parts of everyday life. That prevalence opens up further opportunity.

One of the big things about this growing ecosystem is that it educates us all as to the potential of mobile payment services.

“For mobile payments – or mobile wallets – to succeed, there must be further education at the point of sale to ensure that a transaction using a mobile device is not longer or more complicated than traditional payments methods for either the customer or associate,” said the Boston Retail Partners report.

This is precisely what is happening as Apple’s trusted brand, its much-loved products, and a rapidly growing number of financial institutions and retailers move to adopt Apple Pay. The prevalence means people are seeing these solutions in use, and this should convince them to try them out.

The big missing factor is loyalty.

Apple needs to identify and deliver some way retailers can easily link their own loyalty schemes in with Apple Pay purchases. No Apple Pay user should need to get their loyalty card scanned as they pay for products with their iPhone – the process needs to be integrated.

While such integration is likely to take a little longer than we want it to while retailers battle to control the sales experience, such integration is inevitable, because consumers will demand it. This is improving as retailers tie Apple Wallet support into their schemes, but this is not yet as universal as Apple Pay support at points of sale.

“The other critical factor is explaining the value of tying mobile wallets to loyalty rewards programs,” says Boston Retail Partners. “Customers need to feel that utilizing mobile payments enhances the shopping experience and that they are being rewarded for the experience – this will enable a win- win experience for retailers and customers.”

Privacy is very important, of course. “Because Apple will both enable retailers to reach customers in new ways, while guarding their privacy (thereby encouraging even more adoption), Apple’s dominance of mobile payments promises to be good for retailers (and consumers), as well,” TechRepublic noted this week.

Naturally we can also anticipate Apple Pay support in virtual and augmented reality situations moving ahead. After all, why wouldn’t you be able to wander round a virtual Apple Store using iOS AR? Or even a real one, as holographic and VR technology improves, as it inevitably will now adult entertainment firms are staking big money on the space.

Apple also has an opportunity to expand Apple Pay into alternative financial service provision. “Loans for the rest of us” may not mean a great deal in the developed world, but in the developing economies, micro-loans can make a difference between feast and famine.