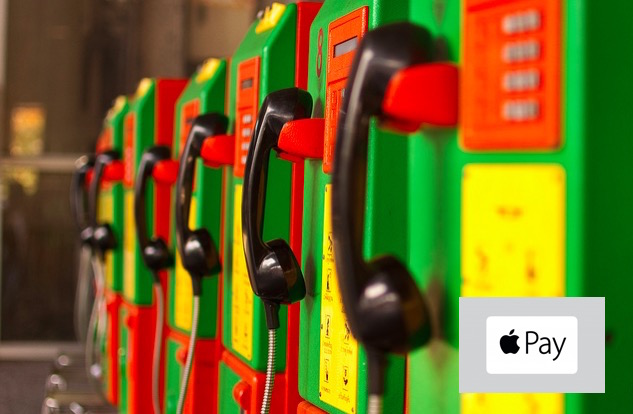 The Apple Pay team continues to find new reasons to tap itself on the back (despite some the nonsense), and while adoption in the US is (as expected) a little slower than in those parts of the world in which contactless payment infrastructure was in place prior to the launch of Apple Pay, things remain on track for Apple to replace the wallet.

In a new twist to the Apple Pay story, contact center solutions provider Eckoh has performed the world’s first Apple Pay payment via a telephone call. Developed in collaboration with WorldPay, this means you will be able to use Apple Pay rather than your payment card to purchase goods and services over the phone.

In other words, you will be able to pay various bills without ever trusting your bank or payment card details to anybody else. This should be good for a range of real-world tasks, from telephone shopping to pizza delivery to paying utility bills.

“While the customer is on the phone to an agent, a message is sent to their device linking to their Apple Pay app,” Cameron Ross, director of payments strategy at Eckoh told NFC World. “The customer is asked to confirm the payment on their device. The contact center then receives an alert confirming that the payment has been made.”

“The ability for callers to authorize payments via Apple Pay is more secure than a traditional telephone transaction. The card is tokenized by the Apple system and the device-based fingerprint authentication is utilized,” he said.

This will be a significant addition to the Apple Pay arsenal, which is already capable of payments online and in person using compatible terminals. Intuit this week announced a new QuickBooks feature designed to allow you to take and make invoice payments for your small business, and the service is being made available in new territories at a rapid rate. In future, you can expect Apple Pay payments in iMessage, and now over the phone.

Each one of these implementations takes the service closer to becoming the “wallet replacement” Apple’s CEO, Tim Cook referred to last week. Speaking in Japan, he said, “We would like to be a catalyst for taking cash out of the system,” he told Nikkei.