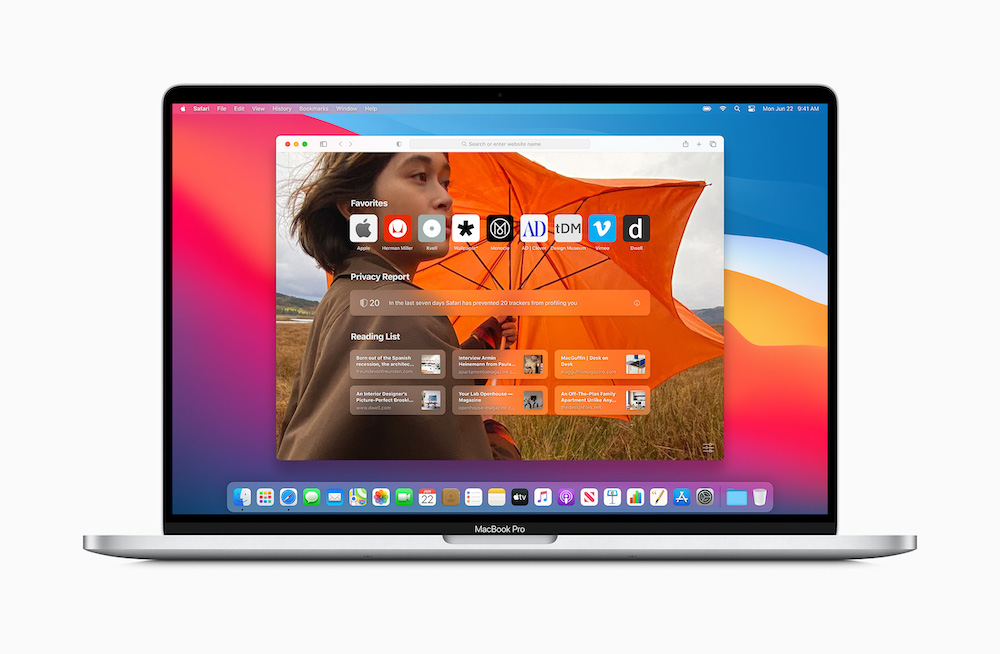 macOS 11 offers up a much improved Start Page in Safari

The issue seems to be that Mac users may sometimes see that their Macs aren’t charging even though there is a charger connected to the computer that is plugged into power.

It turns out that users don’t need to get anxious thinking they need a new cable, or adaptor or that their Mac has developed a power fault – it’s just Apple’s battery health management technology getting in on the action.

Introduced with macOS 10.15.5 in April 2020, battery health management is a new feature that works to extend the usable life of the lithium-ion battery inside your Mac.

Over time, Lithium-ion batteries age, which means you get less power from every charge and need to recharge your system increasingly often.

“A battery’s lifespan depends on its chemical age, which is affected by factors such as its temperature history and charging pattern. As your notebook’s battery ages chemically, its charging capacity gets smaller,” Apple explains.

The message will only be visible on Macs using Thunderbolt to charge and not on older machines as those are the only models to carry the feature.

“When battery health management is turned on, you might occasionally see ‘Not Charging’ in the battery status menu of your Mac, and your battery’s maximum charge level might be lowered temporarily”, Apple says.

“This is normal, and it’s how battery health management optimises charging. Your Mac resumes charging to 100 percent depending on your usage.”

It is interesting that Apple seems to be placing a lot of weight behind battery health management on Macs, though it isn’t clear yet to what extent this is all about preparing the field for the introduction of ARM-based Apple Silicon Macs later in the year.

How to switch off this feature

You can disable Battery Health setting in System Preferences>Energy Saver, where you’ll find a checkbox in which you can enable or disable the feature. Be warned – while disabling it means your Mac won’t suddenly stop charging the system because of the battery management feature (though may for other reasons), doing so means your Mac’s battery will wear out a little faster.