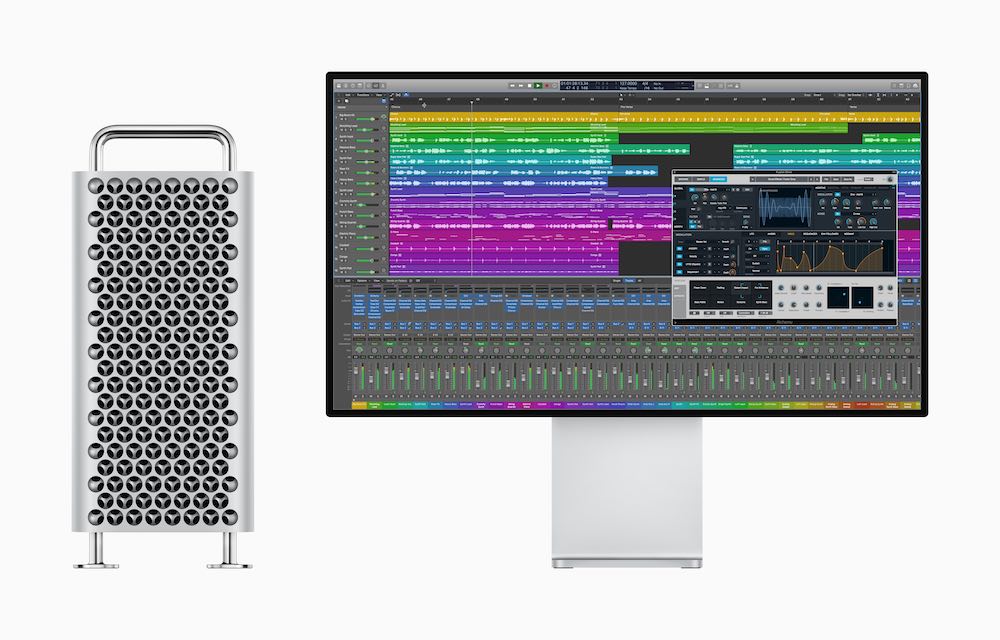 Music industry pros lusting after Apple’s fabulous new Mac Pro can prepare themselves for the power tower with Apple’s stonking new update to Logic Pro X, which ushers in performance updates and optimizations that will truly exploit the power of the pro machine.

Apple tells us that Logic Pro X 10.4.5 will support an unheard of up to 56 processing threads, which means people making music will be able to slide through demanding music projects like a hot knife through butter (though with better sound).

Logic Pro X 10.4.5 was shown onstage at WWDC 2019 running 2,000 audio and software instrument tracks on the new Mac Pro, and the company says it breaks new ground. That’s because when used with the newly-announced Mac Pro, Logic can run up to five times the number of real-time plug-ins compared to the previous generation Mac Pro.

What ‘The Business’ thinks

Apple being Apple, it has plenty of pro music makers saying how great the new software is – possibly, because it is:

“Logic is my primary creative tool for composing music, playing a key role in creating the scores for ‘Spider-Man: Into the Spider-Verse’ and ‘The Dark Crystal: Age of Resistance.’

“When you’re working, time is incredibly valuable and you never want to lose the flow of new musical ideas. I’m really excited to see the increased performance of Logic Pro X 10.4.5 along with the power, expandability and configurability of the new Mac Pro — together they will help me work even faster and let me focus more on being creative.”

“Sometimes, a producer will subconsciously avoid exploring certain creative ideas because they think their hardware and software might hold them back. Logic Pro X 10.4.5 and the new Mac Pro are going to lift those limitations.

“In addition to the dramatically increased track count, there are a lot of little things in the new version of Logic that really add up. It’s great seeing Apple’s commitment to delivering these high performance tools for pros.”

Stuart Price, producer and mixer for The Killers, Madonna, Coldplay and Seal

“Music producers use technology to help us produce our art, and we’ve been waiting a long time for a system without limitations or bottlenecks. I’m deeply impressed by the remarkable performance of the new Mac Pro and Logic Pro X. This is a genuine turning point, as the creative possibilities now seem endless.”

“As someone who uses Logic for everything I create musically, I got a huge kick seeing all the performance tweaks coming in Logic Pro X 10.4.5. And the expandability of the new Mac Pro will give it longevity and a home in my studio for a long time to come. It’s clear that Apple is committed to the pro community, and I love that they are really listening and paying attention to our needs.”