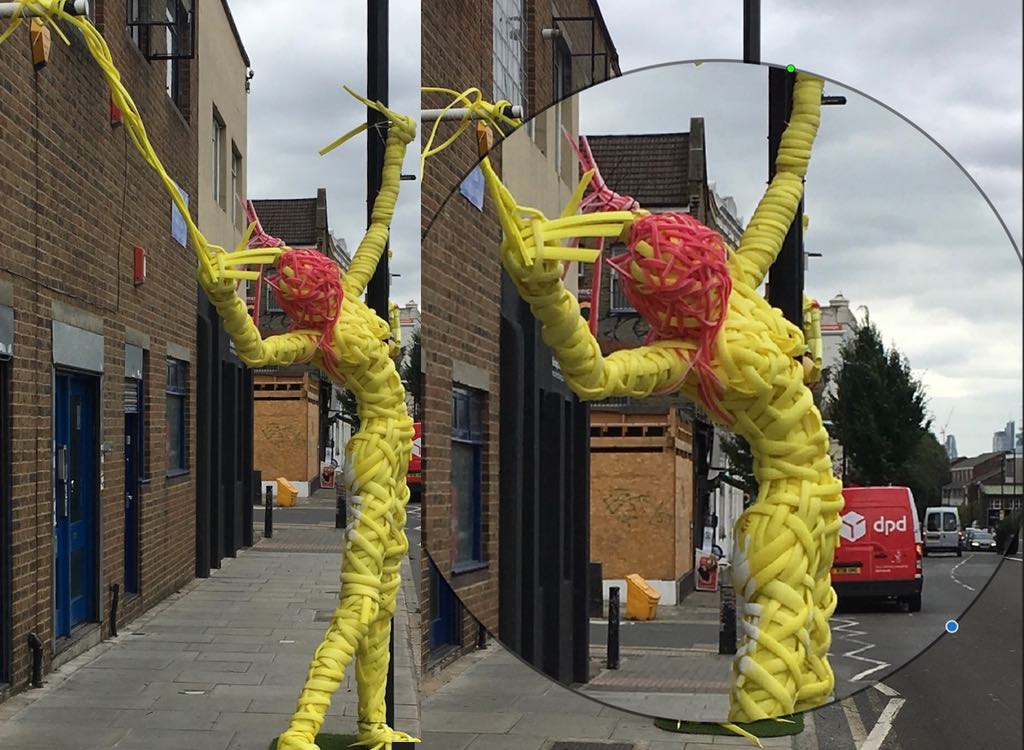 You can magnify an element of an image using a tool that exists in Photo on both Mac and iOS systems. This is useful if you want to focus attention within the image.

How to magnify part of an image in Photos

This is how to get to and use the Loupe/Shapes tool on both Mac and iOS devices:

Now drag the loupe to the area of the image you want to magnify, you can also make the selected area larger by dragging the circles.