How to Identify the Mac Apps Apple Plans to Kill 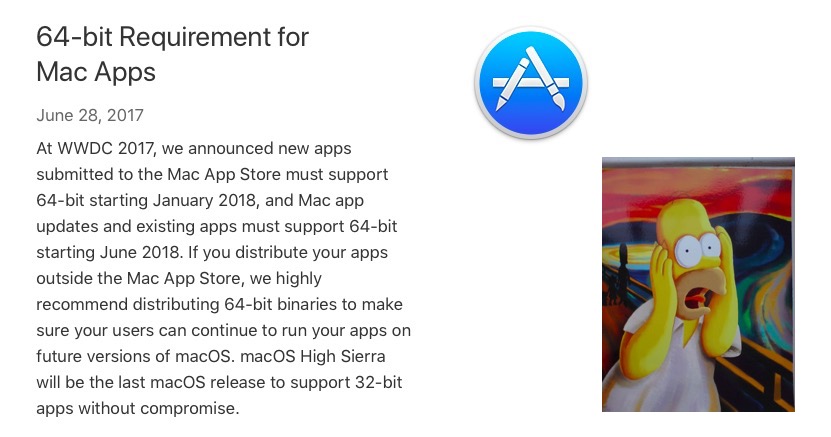 Developers have been given fair warning of a Mac move to 64-bit only. Image detail c/o:mjtmail (tiggy)

Mac users may have missed Apple’s memo when the company warned it plans to discontinue support for 32-bit Mac apps in 2019. It is already evicting 32-bit apps from its mobile platforms, fall’s iOS 11 release will only support 64-bit apps.

How to check your Mac apps

Macs have been running 64-bit chips since mid-2011, when it introduced Mac OS X Lion. That’s great, and you’d certainly expect most application developers would have migrated their apps to full 64-bit support, but you’d be wrong. Even Apple hasn’t finished the job – the DVD Player app remains 32-bit, which isn’t a great surprise when no new Macs include an optical drive. So, how can you check which of your Mac applications won’t make the cut when Apple terminates 32-bit support in 2019?