How much is the Apple Watch? (Updated)

How much is the Apple Watch? Well, as I look through the latest data I’m beginning to think it just might be at the price sweet spot. You see, I’m digging through a host of interesting data from SEMRush, and it suggest that interest in the product really spiked across the holiday season.

UPDATE: Since writing this story, Apple appears to have confirmed my theory during its Q1 2018 call:

I think it once again confirms that while so many in the media focused on the iPhone, it was the Apple Watch that provided the company with this year’s Christmas surprise.

Just look at the chart 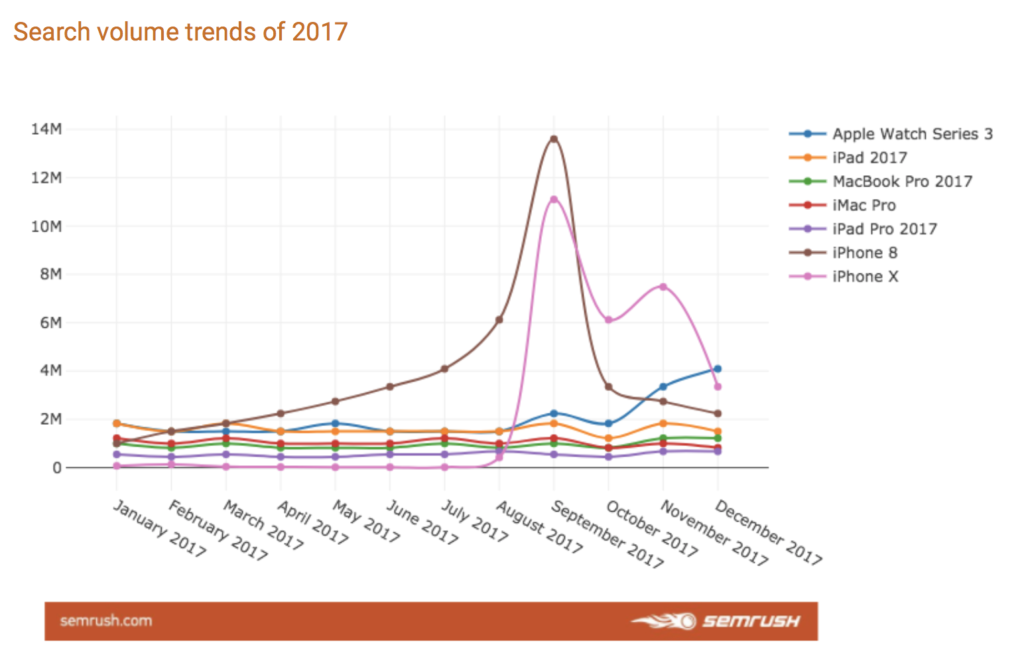 Apple Watch saw a spike in interest over Christmas

You can see that it shows that while there is and was huge interest in iPhone 8 and iPhone X, the Apple Watch was the search query that saw the most relative uptick in December. That’s deeply interesting considering how popular the device had already become before the holiday season.

Now, I’ve dug a little deeper into this, and I know that the top ten most common Apple Watch-related search queries in recent months include four references to the cost of the device, and two searches around Apple Watch bands.

That seems a reasonable conclusion in the face of the SEMRush search data.

GBH Insights claims 80 percent of those purchasing an Apple Watch are buying one of the new LTE models, and that 7/10 purchasers are new Watch customers.

Apple doesn’t break out this kind of information, unfortunately, (I’m keen to find out how many watch bands it sells, for example), but perhaps it will provide a few insights during tonight’s earnings call. It may not, but it may choose to do so if the story it has to tell is of Apple Watch being a big Christmas surprise.

After all, Apple Watch is already the world’s biggest-selling watch brand, but who knew how popular the device would become once it had a SIM inside. (Well, that’ll be me, actually).

I’ve earlier predicted as many as 15 million Apple Watch sales in the just gone quarter. It will be interesting to see how close I got.