Here’s the latest Steve Jobs book everyone should read 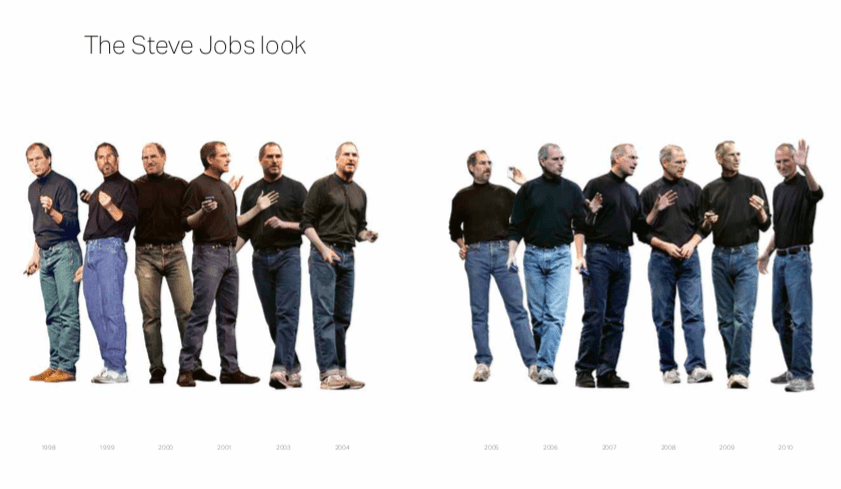 I’m reading a new book called ‘Steve Jobs, a Biographic Portrait’by Kevin Lynch and I think it carves out a brand new template that makes biographies even more interesting, as well as providing an well-researched account of the life of the Apple co-founder.

I really like the approach the author has taken with this book. It combines traditional biographic details with 100 well-researched images and a plethora of fascinating infographics that I think makes the information the book contains sing.

I think they really help drive home some of the details of the man’s life.

I also think this makes it much more engaging than some of the dreadful bios I’ve come across recently, and it seems pretty clear Lynch wants to write a fair account of the life of Jobs.

I really like some of the book’s witty touches, such as the two-page spread showing Jobs wearing the same sneakers, jeans and black turtle-kneck sweater he wore at every product launch for a decade.

The 272-page book tells the story of Jobs’ life from his early childhood until his final months.

It’s not fanboy fiction, it honestly relates the character imperfections of the younger Jobs while also capturing the essence of the man that summoned such loyalty from many in his teams. The work is primarily based on existing sources, rather than fresh material.

“When researching the book I stumbled back upon an interview he did with the great Walt Mossberg and Kara Swisher towards the end in 2010,” Lynch says. Jobs shared his “views on privacy back then and how he admonishes Facebook and Google really resonate now particularly in the current political climate.”

The author thinks the role of Apple’s software and  Garageband and iMovie in particular “get a little bit overlooked in the Apple story.” Jobs saw computers as more than “just a machine for spreadsheets and office work – that they should be devices for learning and creativity also.”

Bicycles for the mind, indeed.

The book was only released this month and is available now on Amazon in the US and the UK. I’m still reading it, but I’m already happy to add this book to my collection of the best Apple-related books you can buy.