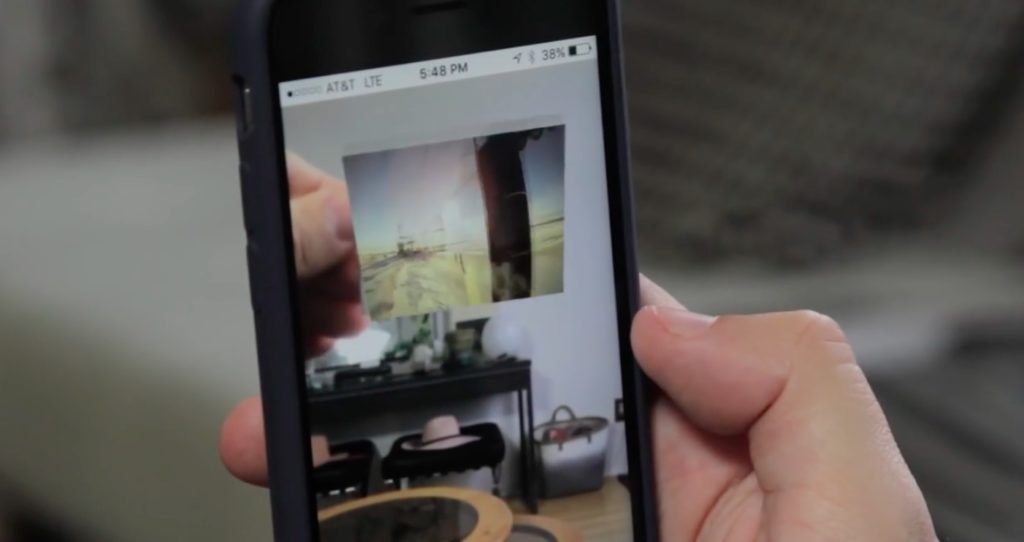 No sooner had I finished swooning at the astounding Monolith floating bed, than I came across this fascinating take on augmented reality from a company called LifePrint that Apple today began selling across its retail stores. It’s conceptually brilliant, so I thought I’d tell you about it.

Have you read, or seen, Harry Potter? If you have you may have come across the family photo of the young Harry with his parents? What happens is that when Harry looks at the photo his parents seem to move and smile. That’s exactly what LifePrint does, it creates what the company calls, Augmented Reality HyperPhotos.

It works like this: You connect your iPhone over Bluetooth to the small wireless printer and it will print your picture onto self-adhesive ZINK paper. That’s relatively standard stuff, right? Wrong, because what this solution also does is leverage social networking and AR technologies to make your photos magical.

This means that if you link the image you want to print with video, image and other assets using the app on your smartphone, the image that you print can be recognized by your app in order that when you point your iPhone at it, all those other elements will begin to play.

Not only this, but you can use social networking to print your picture out on other people’s printers, too, and if they point their camera at it, they too will see those other elements.

It’s a little complicated to explain, but you can get a sense of it in the video below, but I think the reason it makes sense is that you have something ubiquitous (the photo) that has been enhanced by AR, which supplements the inherent meaning of the physical device.

What I think is most interesting about this is that when you think about this tech, you have potentially exciting implications in industries outside of consumer markets:

AR will be everywhere

I’m sure there is much more potential in this system and I’ll be interested to see what happens now the stage is clearly set for interesting AR-focused hardware to hit Apple retail. It is also incredibly noteworthy that Apple now offers AR products in its shops – just what else does the company have planned in this space in the near future? It’s food for thought, given Tim Cook’s thoughts on the topic.