Apple Pay: The Synchronicity is Coming 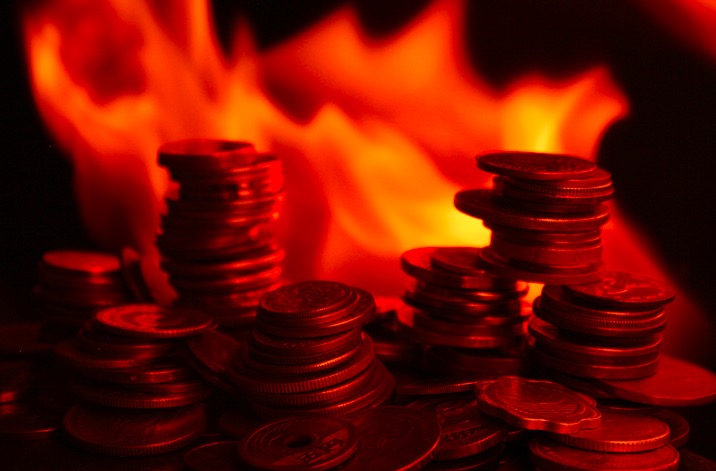 When cash is gone, what’s your time worth? Image credit: Zechariah Judy

To figure out the real growth trajectory of Apple Pay you need to look outside of the U.S.A. to more evolved mobile markets, including the UK. That’s why the latest UK card expenditure statistics for June represent a pretty good guide to how things will shape up for Apple’s mobile wallet service in future.

This is driven (I think) by a combination of factors:

‘Got the cashless in my pocket’

“There were just under 1.4 billion card payments in June, a monthly record and a 12% rise in the last 12 months. This is the highest annual rate of growth in the number of payments since June 2008, driven by a robust rise in online (+20%) and contactless (+143%) purchases,” the report informs.

That’s a one hundred and forty three percent rise in the number of contactless payments in a country in which the maximum payment value is capped at around $40. (You can’t spend more than this in the UK in one transaction).

This means that larger payments are still made using more traditional card and PIN or cheque payments.

Cash isn’t as popular as it used to be in the UK, where consumers are already relatively cashless. “Three in every four pounds of retail spending was made through a debit or credit card last year, up from around two in four pounds in 2004,” said Richard Koch, Head of Cards at UK Finance.

That’s an interesting signal to help comprehend how things will change in less evolved mobile economies.

Koch said: “Contactless payments accounted for a third of transactions in June with consumers continuing to use their cards for lower value purchases. While spending recorded a relatively modest monthly growth, the number of transactions rose at a faster rate with some 46 million card purchases made every day.”

These aren’t figures based on sand. They are not analyst-invented ‘data-as-conversation’ items. They are regularly reported to UK Finance by banks and other financial institutions, and cover where and how card payments are made.

There’s a definite trajectory that favors Apple Pay growth. As of the end of 2016, four in 10 (40%) card transactions were either online or made using a contactless card, compared to a quarter the previous year.

Looking forward, Koch explained: “We’re seeing the advent of new technology such as in-app purchasing and the fusing of social media and messaging formats with payment capabilities, which work along the rails of the card payments system.”

The UK is only one market, of course. Another advanced mobile payment market is China.

There are over half a billion mobile payment users in China, where 100 billion transactions. “Use of mobile payments such as WeChat Pay, Alipay or Apple Pay has become so common that even street vendors and magazine booths offer the payment method now,” reports Ecns.cn.

Can cashless be king?

Apple and firms like Square are quietly attempting to build out that kind of infrastructure with solutions to enable small business to accept Aple Pay contactless payments. I guess at some point these solutions will be wrapped up inside iOS, as every cash transaction becomes virtual. Which, I think, could be a little weird – when our time is paid for in virtual currency does it still have substance? I don’t know.

The increasing popularity of mobile payment systems is creating other weird new problems, technology evolution has this tendency to create fresh problems when it almost solves old ones.

Here’s an interesting challenge that’s emerging in China, where: “a Beijing taxi driver said that sometimes passengers leave their wallets at home and only after arriving at their destination realize that their phones are out of battery or out of service.”

That’s an interesting one. In the UK, if your Apple device runs out of power and you’ve used it to pay for a tube far you are charged at full price if you can’t tap out with the same device. That’s London, but Beijing’s experience implies that if you happen to be a taxi driver, you’ll probably want to carry one of these things with you when you’re at work. And some cables.

Security: Get with it

Convincing consumers that mobile payments are secure remains a problem. They are secure. That’s why a bunch of enterprising criminals were recently able to figure out that the weakest link in systems like Apple Pay are not the tech firms, nor even the customers: but the banks, which Apple recently had to warn to “exercise caution”.

That’s because in a classic man in the middle attack in China, “suspects allegedly claimed that they were the cardholder and had changed their phone number, getting the company to send the validation code directly to their own iPhone number or email address.”

Which is why you must keep your iPhone and other devices ultra-secure. As your digital life becomes ever more consolidated within one device, or set of devices, or one ID, security of all that information – extending from smart home door locks to the keys to your currency – deserve to be as protected as you can make them. And then, some.

But rest assured, the humans will always turn out to be the weakest link.