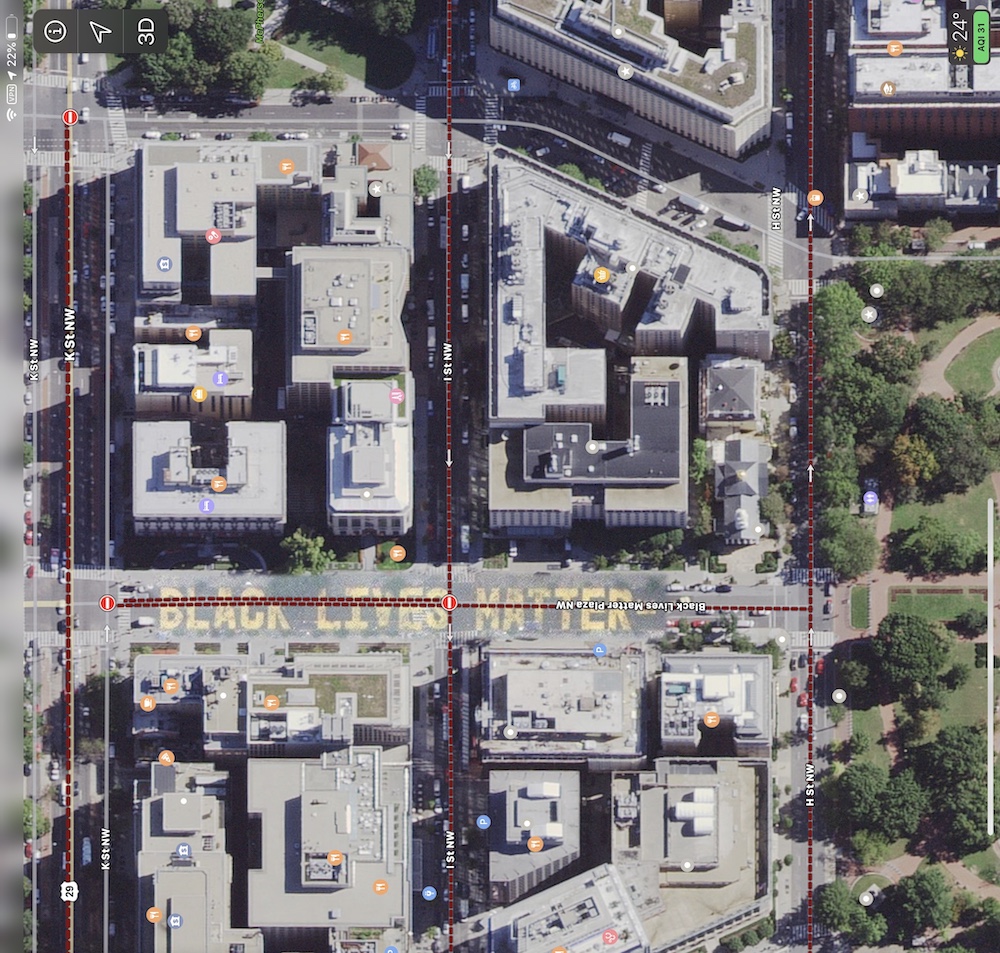 Apple is completely correct to lend its support to the Black Lives Matter debate as mostly peaceful and at times powerfully symbolic protests take place worldwide in opposition to the systemic racism that impacts groups of people based on the color of their skin.

Apple and Google have both now updated their Maps in order that you can now read the huge, bright yellow ‘Black Lives Matter’ statement now written on the recently re-christened Black Lives Matter Plaza. U.S. searches for Black Lives Matter within Maps now direct you to the plaza, which is one of the key protest sites in the campaign.

Apple has also updated Siri so that it offers smarter responses to smart arsed questions concerning the question: “Do all lives matter?” When it is asked this question, Siri now says: “‘All lives matter’ is often used in response to the phrase ‘Black Lives Matter,’ but it does not represent the same concerns”, it then offers a link to the Black Lives Matter website.

Just last week, Tim Cook published an open letter in support of the campaign, which emerged following the shameless murder of George Floyd.

“To stand together, we must stand up for one another, and recognize the fear, hurt, and outrage rightly provoked by the senseless killing of George Floyd and a much longer history of racism,” he wrote, committing himself and his company to do a great deal more to challenge racism and boost inclusion and diversity.”

Recommended reading: I am currently reading Walter Rodney’s seminal and important book, ‘How Europe Underdeveloped Africa‘. If you are interested in learning a little more concerning some of the roots to systemic racism and inequality, it may be a good place to start.