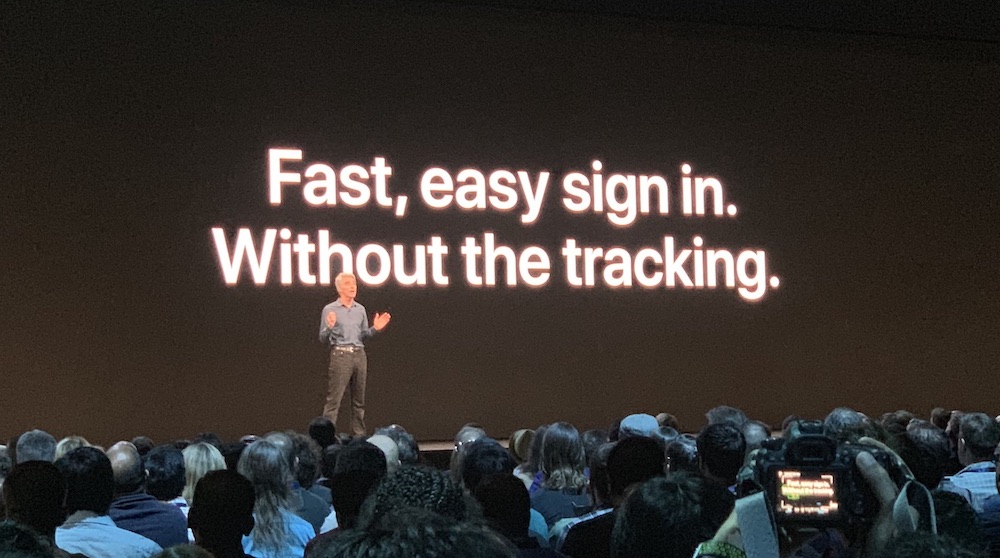 Hired and then fired

Subsequent to news concerning Apple’s hire of Martinez, Apple employees complained at what they called mysognistic statements from the man, an internal petition complained his statements directly contravened Apple’s policy on inclusion and Diversity.

The Verge reports internal meetings took place and he was subsequently told he would not be working at the company.

“At Apple, we have always strived to create an inclusive, welcoming workplace where everyone is respected and accepted. Behavior that demeans or discriminates against people for who they are has no place here.”

The rest of this report is now historical and written prior to this decision. Read it for old time’s sake, I suppose.

Martinez has a background in start-up and internet culture, with stints at Facebook, Twitter, Goldman Sachs and the Rand Corporation under his belt.

His LinkedIn listing (as Business Insider spotted) now gives him the title, “Product Engineering, Ads Platforms” at Apple. This matters, as he’s also the man who, according to some dude on Twitter, also invented Facebook’s ads targeting system.

“After stints on Wall Street and as CEO of his own startup, García Martínez joined Facebook’s nascent advertising team, turning its users’ data into profit for COO Sheryl Sandberg and chairman and CEO Mark “Zuck” Zuckerberg. Forced out in the wake of an internal product war over the future of the company’s monetization strategy, García Martínez eventually landed at rival Twitter.”

[Also read: 100 things your smartphone (probably) knows about you

Elsewhere, Martinez describes himself as a person who turns data into money, while his book looks at “Big Brother and data tracking, social media monetization and digital ‘privacy’,” which suggests he may have ideas in line with Apple’s plans for advertising via its platforms which we think are also about privacy.

So, perhaps it is time for:

Some complete and utter speculation

Not speculation: Now, we know Apple isn’t against advertising per se – it recently added another ads slot to its app store. The company is, however, determined around privacy. Ads and Apple’s relationship with the ads industry has been particularly in the spotlight since the company debuted its Ads Tracking Transparency tools, which have had the effect of seeing over 90% of Apple users reject privacy erosion through advertising.

Context and speculation: At the same time, as a platform provider Apple knows it can’t “own” the entire ads market and is therefore under some pressure to develop tools that support the kind of information (or some of it) ads agencies need, while also providing the privacy end users demand. I imagine developing these ideas is part of where Martinez will come in, developing and visualizing data-driven solutions to ads agency problems and how to dovetail these within Apple’s privacy push.

Wild and crazy-eyed conclusion: If that’s true, then it’s probably fair to say Apple intends innovating in this space, as it’s unlikely anyone gets to join the company on the Monday and deliver shipping predict (or, likely in this case, Ads tech APIs) by the end of the subsequent week. I guess this means Apple seeks to build above the lessons learned from the failure of privacy on other ads platforms. Meanwhile, we know Apple is working to improve the tools it offers advertising outfits, twinning privacy in a way I guess the company hopes won’t boost surveillance to the extent democracy dies. I’ll quaff a Poma Aurea to that.

A note of caution: However, Martinez just last year told Rolling Stone: “The reality is that most data that you inject into Facebook, things like conversations with your partner, pictures of you at a party, really have no commercial value,” says García Martínez. “The number of times that you actually mention commercial content in a conversation anywhere is not as high as you think, and even then, getting the sentiment around it would probably be really difficult.”