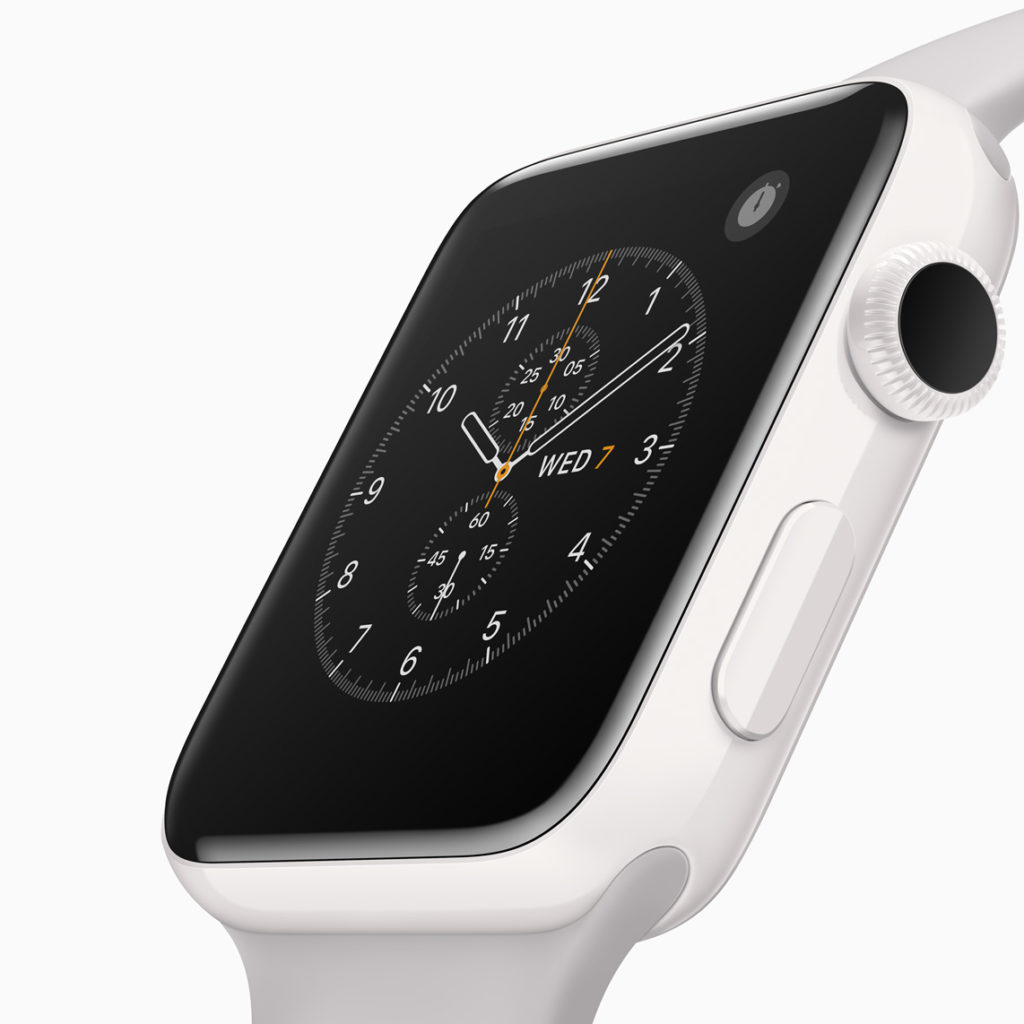 There is a tendency in Apple coverage to focus on the company’s products, but if you look beyond the box you’ll see the company introduced lots of new technologies in 2016. Sure, most people know about its A-series processors and the all-new iPhone 7 Plus camera, but the company’s R&D didn’t stop there.

Apple likes to explore new production and process technologies when creating new products. The new ceramic Apple Watch Edition is a good example of this. The company had to develop the material (a combination of zirconia and alumina) and the production process to create this. That was no mean feat – the production process needs to be accurate to within a fraction of a millimeter, or the watch falls apart. The process itself is patented, as is Apple’s proprietary process for creating the mirror-like finish on current iPhones.

OK, I think most people know about differential privacy. Apple says Apple says: “Differential Privacy adds mathematical noise to a small sample of the individual’s usage pattern. As more people share the same pattern, general patterns begin to emerge, which can inform and enhance the user experience.” What this means is that while maintaining user privacy the company can deploy analytics technologies to identify predictive and other solutions its customers want.

One of the best examples of Apple’s AI in action is the machine intelligence that nows how to search through your Photos to find images of people, places, and things. This great feature lets you quickly find what you need, and creates really rather good albums containing images you’ve taken. What’s great is that all the analysis takes place on your device (Mac or iOS) and nothing is shared online. The trade off for that security is that the analysis doesn’t sync between your devices.

Not heard of the S2 chip? You probably know it better as the dual core processor inside Apple Watch Series Two and all newly sold Series One models. The processor sits inside a System in Package solution the company developed, a sealed box that includes all the internal components, memory, connectivity and more. The chip is 50 percent faster than the previous model.

Apple invested a huge amount in researching how to support wheelchair users and swimmers in its Activity App. The company’s scientists engaged in extensive tests, and created new and proprietary technologies in order to accurately figure out activity levels. Apple finally accumulated 3,500 hours of data across 300 different users over 700 sessions for the wheelchair app. The company also had to figure out how to identify and accurately assess different wheelchair usage options, styles, distances, paths and more. The company says what it built is more accurate than most any alternative product.

The waterproofing system used in the new Apple Watch Series 2 is likely to end up in future iPhones, this patent that seems to be for the process may have you believe.

Apple’s attempt to improve your health means it is getting deeply involved in digital health solutions, development and more. Among its best contributions so far, CareKit and ResearchKit are software frameworks that enable researchers to quickly run and assess new studies, and/or enable them to create patient-focused solutions that enable patients to better look after themselves. CareKit is an open source kit with all kinds of useful features, from medication reminders to symptom and measurement trackers and more.

Have you used one of the fabric iPad Pro keyboards? If you have you’ll know that the characters are etched into the keys, what you may not have realized is that the company developed its own laser marking process technology to help make the characters robust and usable.

The MacBook Pro may have been maligned in the week before Christmas, but the criticism was overblown. With all the focus on the touchbar and new battery life, many may not have noticed the completely redesigned mechanism behind its far more accurate butterfly keyboard.

There are many more

This was never intended to be a complete list, just a small sample of the multitude of new technology inventions Apple introduced in 2016.

Dig a little and you soon find that Apple introduces a huge array of ‘smaller’ supporting technologies alongside its big news makers, from the W1 chip inside the new AirPods to the intelligent system that enables those earbuds to figure out when you are wearing them and many more. Even the capacity to sync content between all your devices requires constant invention and reinvention.

If you know of any interesting or little known new Apple technologies introduced in 2016, please let us know about them in comments below, and please take a moment to vote in today’s poll.