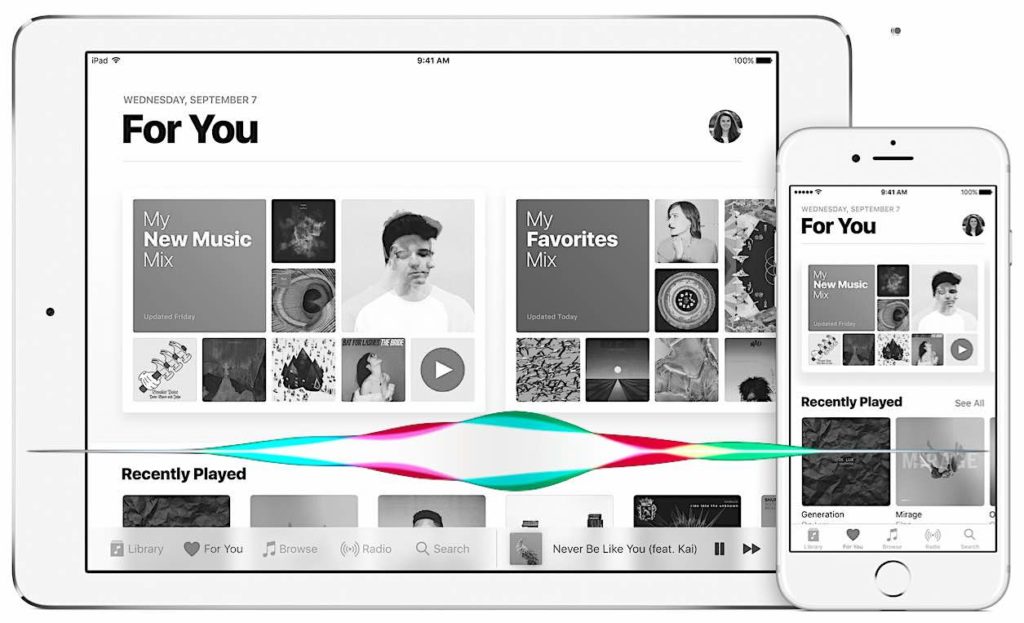 Are you getting the best out of Siri and Apple Music on your iPhone, iPad, Apple TV or Mac? Take a quick glance at these tips to find out.

You can also use Siri to control music playback, which is particularly useful if you want to keep your iPhone in your pocket. Siri understands the following:

You can even ask Siri to shuffle music by or from a specific artist, album or playlist, including Apple Music playlists.

You can ask Siri to play a specific track, just tell it “After this play [name the track].”

If you want to quickly create a playlist you can select a song you think might be appropriate and ask Siri to “Play more like this”. Siri will put together up to fifty songs it thinks are appropriate from your available collection of downloaded tracks.

You can ask Siri to play Beats 1, or ask it for other Apple Radio stations, such as “Play Metal radio”.

You can ask Siri to play songs from any particular year, so if you’re having an Eighties party you can ask it to “Play the top songs” for a specific year. You can also ask it to play the first (or second, third, fourth, etc.) album (or single) by a specific named artist.

To get the most from the AI inside Apple Music you need to train it. To train it you need to tell the app which songs you like most – the thing is I don’t think may people do this. By far the easiest way to do this is to use Siri. When a song you like is playing just tell it “Like this song”.

Apple Music user? Don’t forget that when you tell Siri to play something it will play whatever is available in the Apple Music catalog. If you want it to play music you own that is already downloaded to your device, just add the word “my” to your request, so, “Please play my music from Jane’s Addiction”.

You can use Apple Watch to control iPhone music playback. Just press and hold the Digital Crown to get to Siri on the Watch.

Any more? Please let us know of any other useful Apple Music and Siri features you come across in comments below.

Siri was recently made available for the Mac. Are you using Siri on the Mac? Let us know by voting in this poll.