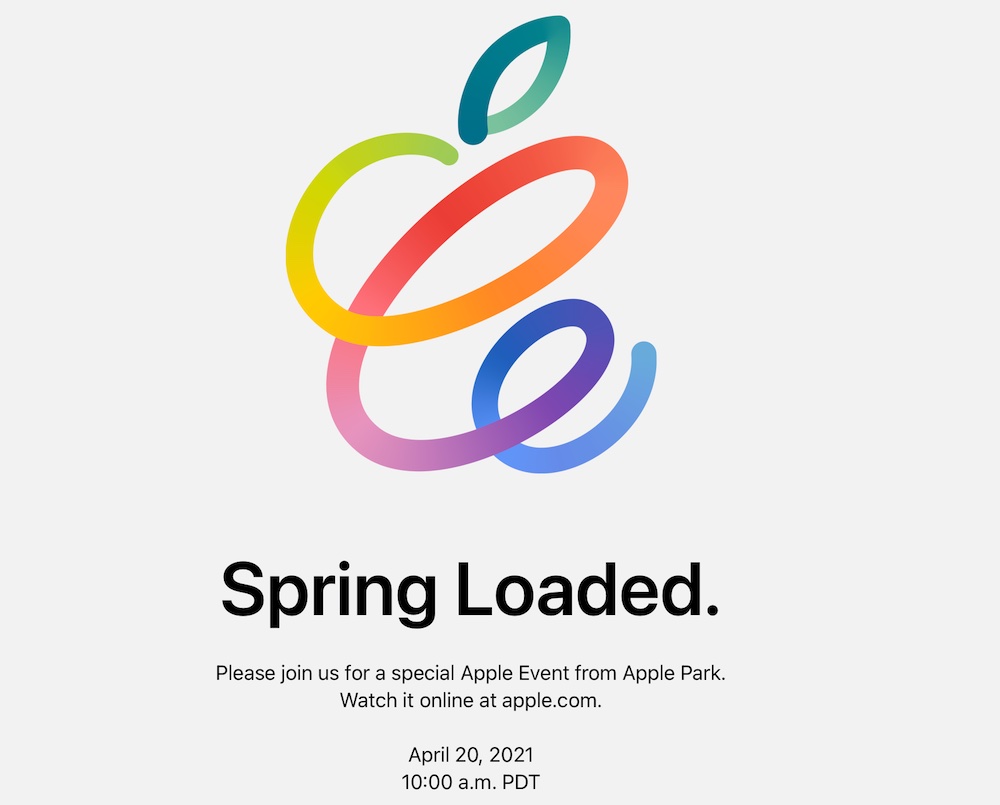 It turns out Siri was right and the next Apple event is indeed coming up on April 20.

Apple has begun circulating an invitation to its event among media under the tag “Spring Loaded”.

The event will be broadcast from Apple Park online at apple.com on April 20, 2021. I guess it will also be made available via Apple TV and other online channels the company usually makes use of.

What’s coming up? We’ve heard all kinds of speculation:

So excited for this one! Only seven more days. 👀 pic.twitter.com/PVJFcESqh8

We will find out what’s what in a few more days.