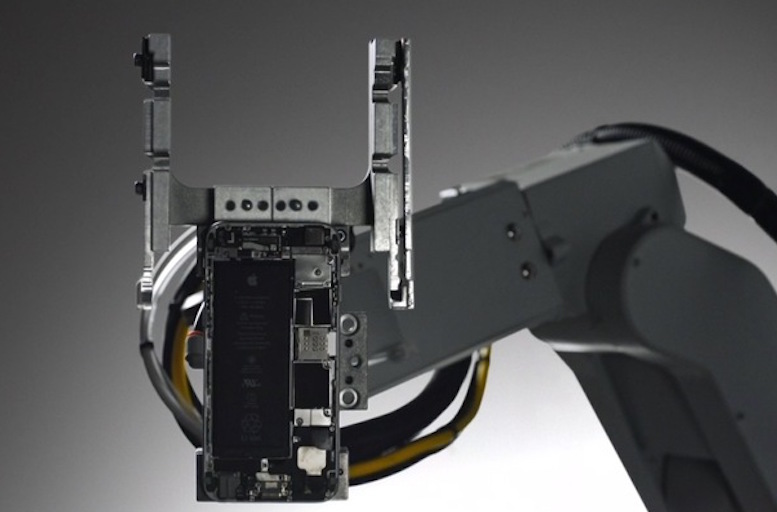 the future of manufacturing

Apple is under pressure to bring iPhone manufacturing back to the USA. That’s because some simple souls say doing so will bring employment to that nation.

Foxconn already has 40,000 robots on its production lines — and it’s planning more.

“There are 10 lights-out (fully automated) production lines at some factories, including table one in Chengdu, AIO (all-in-one) PC and LCD monitor lines at a factory in Chongqing, western China, and a CNC line in Zhengzhou,” said Foxconn’s Automation Technology Development Committee general manager, Dai Jia-peng.

The company’s longer-term vision is to have complete automation in its factories. Entire factories with the bare minimum of human operatives.

The future is pretty clear. We know that automation will replace millions of jobs across the planet, and we also know shareholders will demand this replacement happens. They can’t help it. They want profits from, not for, the people.

The consequences for most of the rest of us will be profound.

No work, no money, and no support.

Within this context getting Apple to bring its production lines over to the US will have less significance on US employment than the company’s existing chain of retail stores.

Not only will the move drive product prices up and therefore reduce sales (and retail staff numbers), but the lack of skilled US engineering staff means automation will be the only way Apple could possibly comply.

We need a post-post-industrial strategy for an automated planet in which up to half of those jobs that do exist are no longer available. Because pretty soon there won’t be any jobs in the iPhone factories. and the robots used? They are more likely to be made by Softbank than by anybody else.