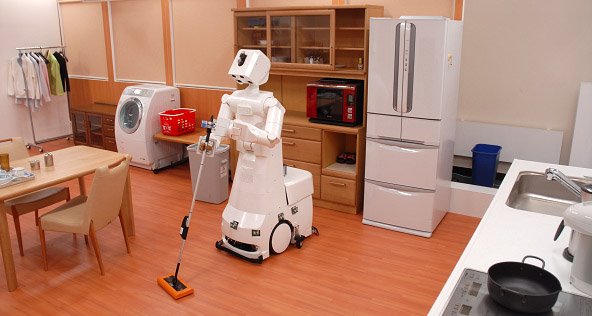 Off topic today, but a thought: The huge potential that exists for automated customer service bots to go beyond allowable limits was illustriously illustrated when Microsoft’s attempt to create a bot was utterly undermined and that bot was transformed into a roaring racist nazi with a linguistic eloquence born South of the potty stick.

Naturally as automation and the software that guides its decision making capacity emerges from beta to become prime time product, such errors of judgement will become more constrained; however, the need to ensure customers aren’t stuck in cyclic conversation with big data logic miners minded to favor machine intelligence above compassion means there’s still likely to be need for a skin of humanity to put a little organic fluffiness around the automation of customer service function.

However, it is open to question to what extent, and for what duration, organic intelligence will be required in constraint of the logic of artificial intelligence equipped with semantic learning systems, particularly when those machines are already empowered with the kind of instant and immediate big data driven analysis that enables them to figure out if the needs of one sad customer matter, when the decisions being taken on their behalf may impact a thousand others on a global scale.

For the first time, untrammelled by any residual feelings of community or humanity, decisions can be made only for the greater good of the business. In the context of which are the rulers of our future automated planet ready to put aside sufficient budget to cater for the impact of compassionate decision making on a global scale?

Because rest assured our new robot overlords, or to be more accurate the withered hearts of the billionaire corporations who will control what those robots do, these stakeholders of the new automatic planet will be asking themselves how much to set aside for compassion.

How much are they willing to spend on such frippery?

On the evidence so far, I’m not expecting a great deal of compassion in this great new dawn. So you’d best be prepared to be told your concerns just ain’t logical.

You’ll be able to thank Microsoft, Google, Facebook and IBM for these machines, though the true enemy will be (as it always is) the people who program these robots, the people who control them. The billionaire classes in their castles will have the keys to the robot planet’s heart.

And since they make the laws as well, the excesses of customer-focused inhumanity are likely to be legal.