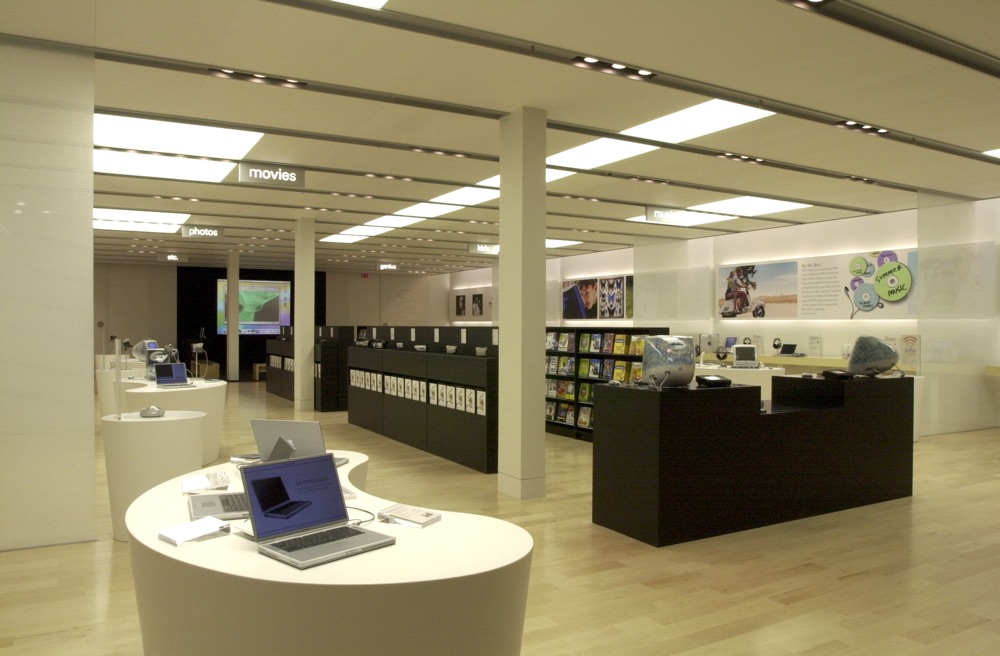 Who can recall the design and layout of Apple’s first retail store when it opened in May 2001?

The most interesting report I’ve looked at today comes from Time, an interview with Tim Kobe, the Eight Design founder who also designed the first Apple retail stores.

The interview is well worth a glance, but for the record here’s what he told us about Apple’s retail stores.

“He was quick, he was very impatient, because he would get things very quickly and want to move on. I think somehow he must have felt that life is short.”

On the eve of the launch of the first ever Apple Retail store, Steve Jobs turned to the others and said, “Guys, what if nobody comes tomorrow.”

Since day one, Apple retail stores have been designed to be broken down into their component parts and recycled if a store is ever closed down.

Companies that focus on the customer experience with their brand do better.

That’s why Apple retail is among the best-performing retail locations in the world, returning over $5,000 in revenue per square foot.

Above: An extensive 2015 interview in which Kobe discussed his work with Apple.

Retail is a branding tool

This reflects similar sentiments from Kobe shared with IBM, when he said:

“What the Apple work helped develop was making the store a brand tool that could convey aspects of the brand that were previously left to a communications role. You can feel what the Apple brand is by the experience you have in the space. Now more companies see their stores as brand touch points, rather than just a transaction space.”

Kobe is on a bit of a roll recently and has been appearing at events and picking up coverage as he prepares to publish his book, Experience in 2020.

Apple’s focus on music was all the more exciting a few months after the store launched, when Apple introduced iPod and a mobile future was born.

This book is a plea to retailers (and everyone else) to think different:

Revenue tracks consumer experience, and if you don’t give consumers the experiences they crave, they shop elsewhere, you lose customer loyalty, and the connection erodes. To build those things you need to help nurture experiences that are memorable and resonant in a positive way, he explained recently.

You also need to be where the customer is – phone, retail, online, messaging, social media. This is a connected omnichannel world, after all.