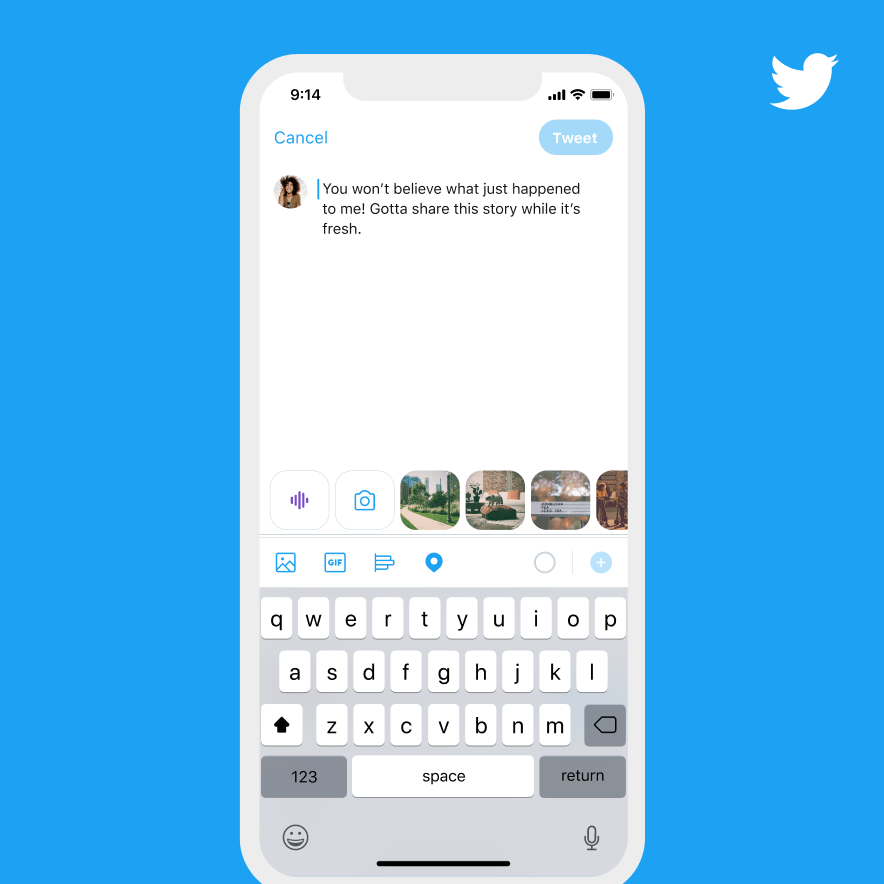 The new voice button is that wriggly thing on the left.

Twitter is testing a brand new feature that lets you share short voice recordings in your Tweets, and it looks like this will be a successful thing, positioning the social network well for the voice first future. And Liz Phair has shown us how it is done.

“Tweeting with your voice is not too different from Tweeting with text. To start, open the Tweet composer and tap the new icon with wavelengths. You’ll see your profile photo with the record button at the bottom – tap this to record your voice.”

When this feature is made available to you you simply tap the wavelength icon at the left hand side of the row of boxes you now see in the Tweet creation window.

Each voice Tweet can handle up to 140 seconds of audio, but the system will automatically start a new Tweet if you want to keep talking creating a thread. Tap Done when you finish.

How does it work? Here’s Liz Phair telling us how much she likes the feature – just tap her to hear.

“Creating voice Tweets will be available to a limited group of people on Twitter for iOS to start but in the coming weeks everyone on iOS should be able to Tweet with their voice,” the company said.