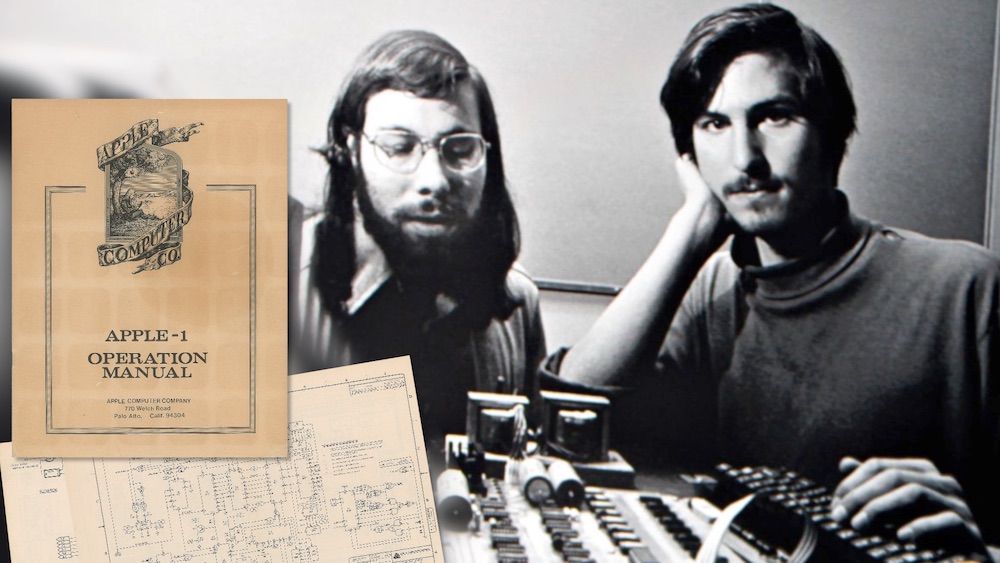 An extremely rare original Apple-1 Operation Manual from 1976 is about to be sold at auction by RR Auction, the same auctioneer that has been making waves with a range of brilliant examples of Apple memorabilia.

A slice of real computing history

The original 12-page Apple-1 Operation Manual was published by the Apple Computer Company circa 1976. It carries Apple’s original logo depicting Isaac Newton sitting under an apple tree on the front cover.

As a very rare piece of memorabilia – just 175 were probably ever made — this is expected to raise $10,000+ when the sale takes place. 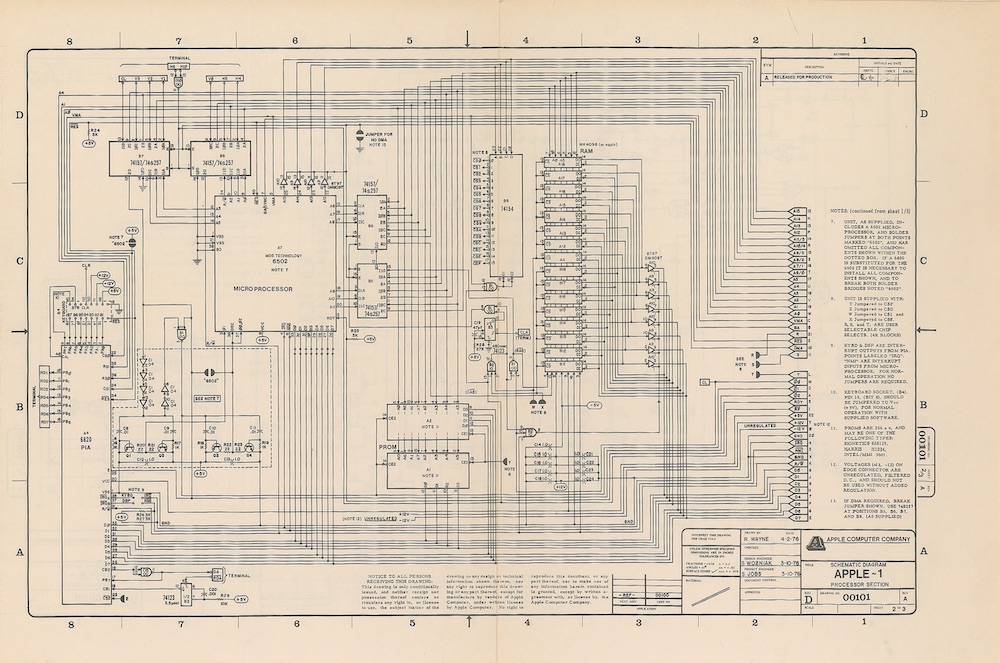 Inside, you’ll find information on getting the system up and running, using the system monitor, and expansion and an impressive fold-out schematic of the Apple-1 computer.

It also has a page headed “6502 Hex Monitor Listing,” an innovative memory program devised by Steve Wozniak which is commonly called the ‘Woz Monitor.’

What is the Apple-1?

The Apple-1 was originally conceived by Steve Jobs and Steve’ Woz’ Wozniak as a bare circuit board to be sold as a kit and completed by electronics hobbyists, their initial market being Palo Alto’s Homebrew Computer Club.

Jobs later reached a deal to provide fully-assembled machines with Paul Terrell, owner of The Byte Shop in Mountain View, California, one of the first personal computer stores in the world. This made the Apple-1 one of the first PC’s not to require assembling by the end user.

Just 200 Apple-1 computers were made and 175 sold. It is now seen as a pioneering product that launched what is today one of the most important companies on the planet.

What the seller states:

. “Making the manual a highly collectible piece from one of the most valuable and successful companies in the world.”

Here is how the person who has put the item up for sale ended up with the piece: 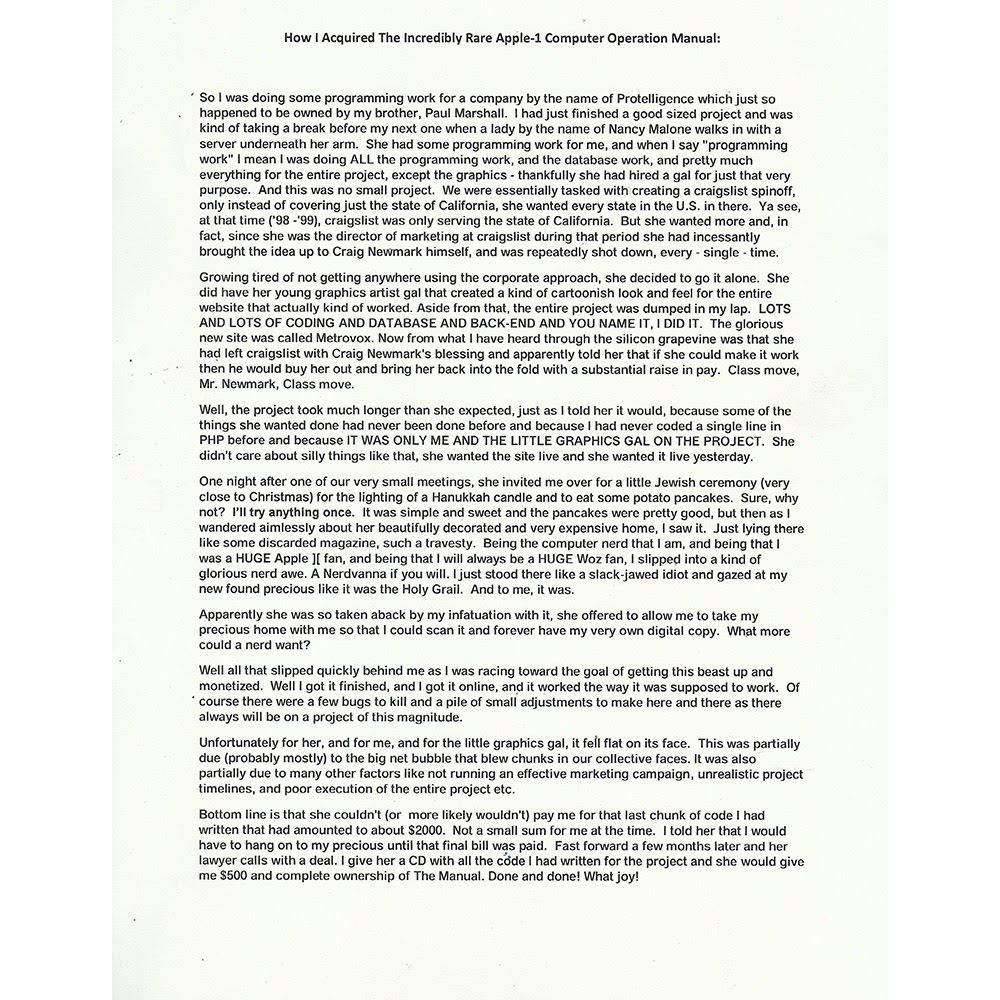 The story of the manual

What else is on sale?

Also featured in the sale are two glossy photos signed by Steve Wozniak: one showing the Apple-1 computer, and one of Wozniak and Steve Jobs together.

I don’t imagine Apple Glasses will look like these…

Non-Apple items up for sale include an extremely rare set of Emporio Armani 9592 sunglasses personally-owned and worn by U2 frontman Bono. They ship with the original red case and this is autographed by the singer and glaucoma sufferer.

There will also be multiple lots and story boards from the Disney archives.