Everything we know so far about Apple’s A13 Bionic chip 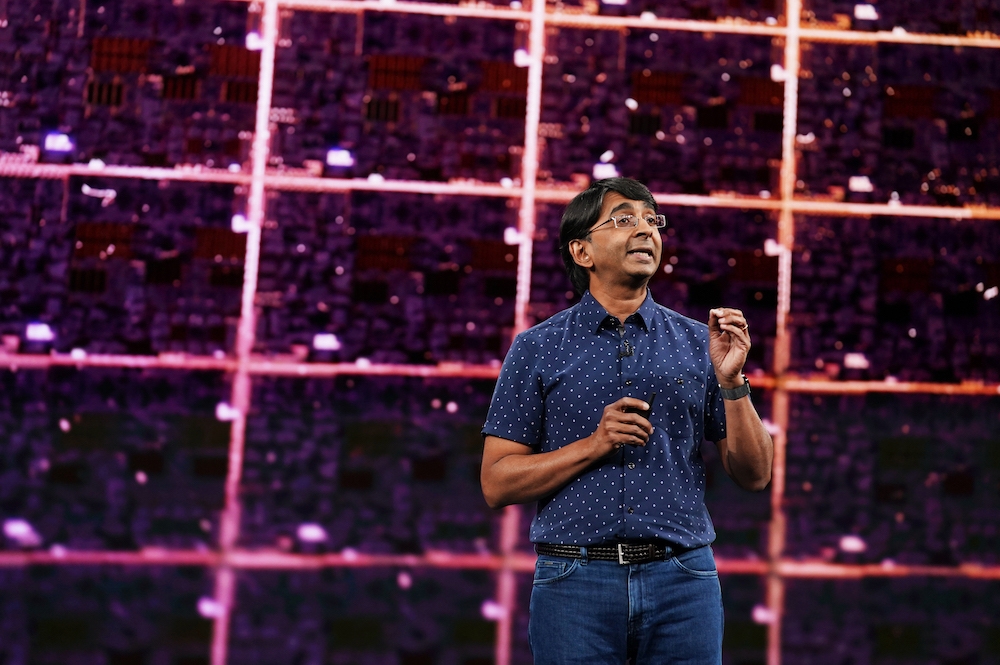 Sri Santhanam explains how the machine learning and low-power design of A13 Bionic make it the fastest chip ever in a smartphone.

Apple’s iPhone 11 range are the first smartphones to be powered by the world’s most advanced mobile processor, Apple’s all-new A13 Bionic chip. I’ve put together everything that’s known about the processor at this time.

Apple claims the chip delivers 20% performance enhancements across the board. It’s also 40% more power efficient chip, which means it provides many more hours of additional battery life on one charge.

“The powerful Apple-designed A13 Bionic chip provides unparalleled performance for every task while enabling an unprecedented leap in battery life to easily get through the day,” Apple says.

The processor contains 8.5 billion transistors — 23% more transistors than the 6.9 billion crammed inside the A12 Bionic. It contains a quad-core graphics processor and boasts a dedicated neural engine for Machine Learning.

Many of the improvements in the chip are made possible by use of TSMC’s 7 nm EUV manufacturing process, which boosts transistor density and power efficiency. 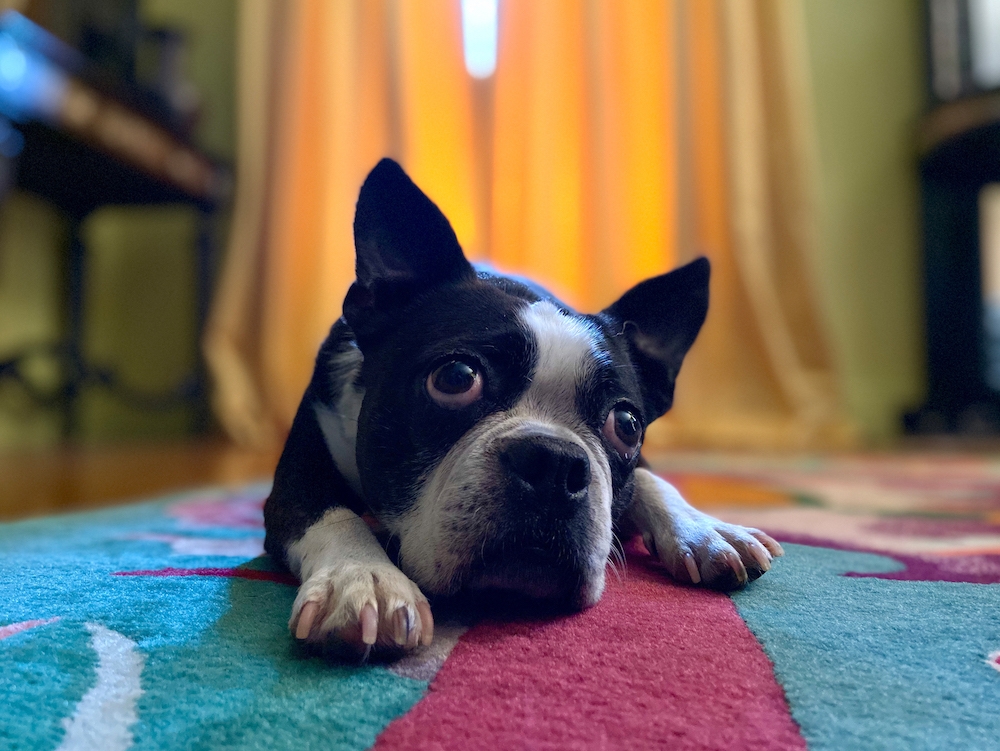 A dog portrait taken on iPhone 11

The CPU: Thunder and Lightning

Apple calls the high-performance cores Lightning, while the others are called Thunder, Apple told Wired.

The cores (and neural engine) can work independently, but can also work together when power is required – you may use Lightning to open a complex webpage, or Thunder, Lightning and the neural engine to run cutting edge ML models, for example.

Apple’s six-core chips are more efficient than those from competitors, which means they can do more for less power and can run at peak efficiency.

Apple’s chipmaking teams study how apps are used on iOS devices to optimize future chip designs – including for GPU and other chips used in Apple’s systems. 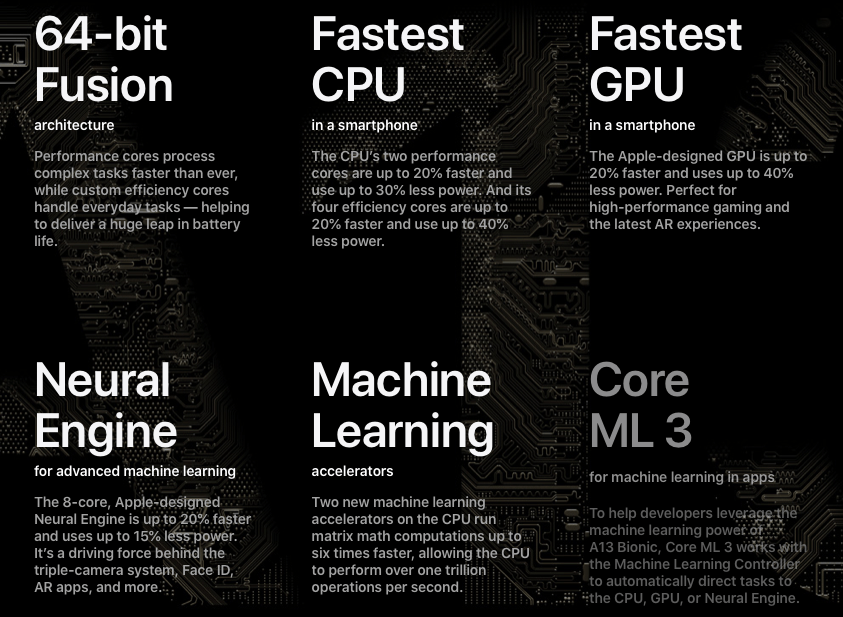 An Apple statement on its A13 Bionic chip

The GPU is Metal-optimized. It contains 4 cores and is 20% faster and 40% lower power than the GPU in the previous chip.

Apple has published a video for developers to explain some of the additional ways it has improved graphics performance with its GPU.

These include use of Sparse Textures, which let developers control which textures are stored in memory, another is Rasterization Rate Maps, which developers can use to display the areas of the image that matter the most at high res.

These are supported by other Metal enhancements, including Vertex Amplification, Tier-2 Argument Buffer, new SIMD instructions, and more.

The two accelerators help the processor perform such calculations six times faster than the A12 Bionic.

It can handle an astonishing one trillion operations per second.

What is all this machine learning doing on the A13 Bionic? Quite a lot:

How the energy management is handled is interesting. Parts of the processor can quite literally switched off when not in use using hundreds of voltage gates and thousands of clock gates. This can happen almost instantly in response to need.

Apple says the iPhone 11 Pro is the best machine learning platform of any smartphone.

What are the benefits?

To what extent do all these improvements impact Apple’s chip in terms of Geekbench results?

Apple has clearly built and maintains an extensive competitive advantage.

Of course, competitors often gripe that Apple doesn’t put much RAM inside its devices. That’s true, but its focus on device, software and components means it doesn’t have to waste so much resource.

The iPhone 11 apparently holds 4GB RAM and the 11 Pro series integrate 6GB RAM, but they deliver best in class performance delivering performance Android devices cannot even dream of, and only part of that advantage comes down to Apple’s tight integration between hardware, software and (now) processor.

Please drop me a line with any more information about the A13 Bionic I should share here.