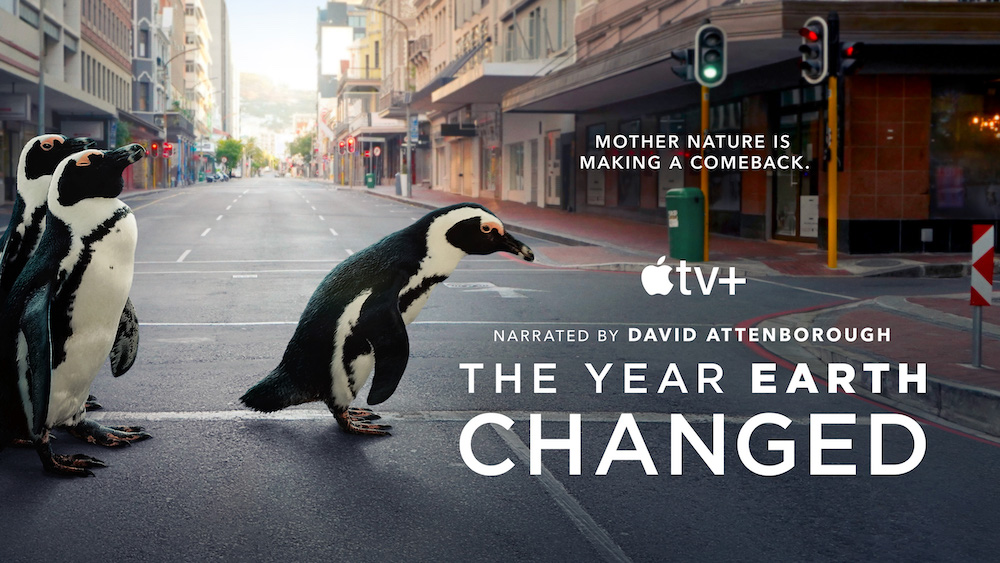 David Attenborough is narrating a wildlife documentary to be broadcast by Apple TV+ to mark Earth Day 2021.

David Attenborough is narrating a wildlife documentary to be broadcast by Apple TV+ to mark Earth Day 2021.

The documentary is a love letter to planet Earth, highlighting the ways nature bouncing back can give us hope for the future.

We’ll also be treated to new seasons of “Tiny World” and “Earth At Night In Color” ont he same day.

“During this most difficult year, many people have reappraised the value and beauty of the natural world and taken great comfort from it.

“But the lockdown also created a unique experiment that has thrown light on the impact we have on the natural world. The stories of how wildlife responded have shown that making even small changes to what we do can make a big difference.”

What is ‘The Year Earth Changed’ all about?

The documentary takes exclusive footage from around the world after the locked down COVID-19 year. It’s a show that seems to represent how reduced human activity has boosted natural diversity.

“From hearing birdsong in deserted cities, to witnessing whales communicating in new ways, to encountering capybaras in South American suburbs, people all over the world have had the chance to engage with nature like never before,” an Apple press release reads.

In the one-hour special, viewers will witness how changes in human behavior — reducing cruise ship traffic, closing beaches a few days a year, identifying more harmonious ways for humans and wildlife to coexist — have a profound impact on nature.

The show is produced by BBC Studios Natural History Unit, directed by Tom Beard, and executive produced by Mike Gunton and Alice Keens-Soper.

Season two of ‘Tiny World’ once again shows the ingenuity and resilience of the planet’s smallest creatures. The six-episode series features over 200 species filmed and highlights from 3,160 hours of footage.

Captured on film for the first time are anemone shrimp, which clap to signal their intent as cleaners of predatory fish; the “biting” behavior of fang blenny fish, filmed in slow-motion with unprecedented use of phantom high-speed cameras; and Etruscan shrews, known to be the hungriest mammals on earth.

Earth At Night In Color

It offers a glimpse at some never-before-seen behaviors of animals after dark, captured using low-light cameras and light from a full moon, include elephants battling hyenas around starlit waterholes and kangaroos embracing under the cover of darkness to find a mate. Other animals in the new season include pumas, polar bears, manta rays, and tiny planktonic life at night in the ocean.

The shows will be made available with an Earth Day collection on TV+, which will also offer additional shows on the theme of saving our planet.

This reflects Apple’s focus on battling climate change, which CEO Tim Cook in 2017 described as an urgent need that must be addressed. In 2020, he told the UN Climate Change Summit:

“We see every part of our device lifecycle from design to manufacturing to durability and repair to recycling, as an opportunity for environmental innovation, moving us toward our goal of a closed loop supply chain, the choice between the bottom line and the future of our planet is a false one. And each new green innovation offers the proof.

“This is no time for changes at the margins. Together we can transition to a carbon neutral economy and usher in a new era of inclusive opportunity. This is a moment for ambition, cooperation, and leadership.”