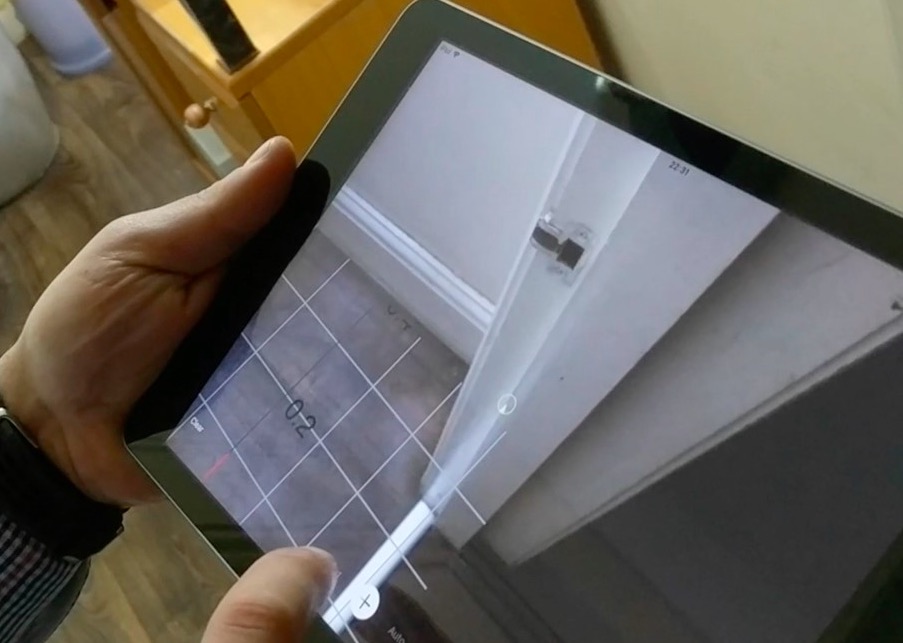 It looks like the market for ARKit-based measurement tools will be pretty crowded pretty fast, with UK startup DigitalBridge announcing its own such product, it is called Survey.

Survey seems quite well developed. The people behind it say it will measure rooms and create accurate floor plans, which makes planning for home improvements quick and easy.

It’s already part of a crowded market: other measuring apps that use ARKi include MeasureKit, aRuler, or ARMeasure, (among others). However, what makes Survey stand apart is that its developers have figured out how to make it part of a wider ecosystem, with retail deployment in their sights.

Survey uses AR to allow a user to “Quickly, accurately and easily create a floor plan of the room they want to decorate by simply walking about the room using the app,” the company said. The app is currently available for the millions of Apple devices that will be compatible with ARKit, and will be available for the small number of ARCore devices once that ships.

What’s interesting is that the developers aren’t solely focused on the app – but on creating an ecosystem around that app.

Survey has been developed to work with DigitalBridge’s forthcoming anticipated design visualizer (Aspect), which uses AR, computer vision and machine learning to allow customers to test new kitchen, bedroom and bathroom ideas in their own rooms, virtually.

David Levine, CEO of DigitalBridge, said: “Being unable to visualize what a new and expensive bathroom or kitchen would actually look like in their home has been a long-standing frustration for consumers – and a commercial challenge for retailers.

What’s most interesting about this app isn’t specifically the ability to measure your room, but the company’s clear intent to tie such toolkits up to deep retail integration.

It’s all about tying convenience to retail, and is absolutely the kind of app big brands should be looking to seize upon as part of their branding efforts in AR. This is significant as it confirms the huge interest that’s emerging among retailers as ARKit preps for market.

DigitalBridge was recently named as one of the world’s top tech companies to watch by California based NVIDIA, after winning its retail inception accelerator scheme.