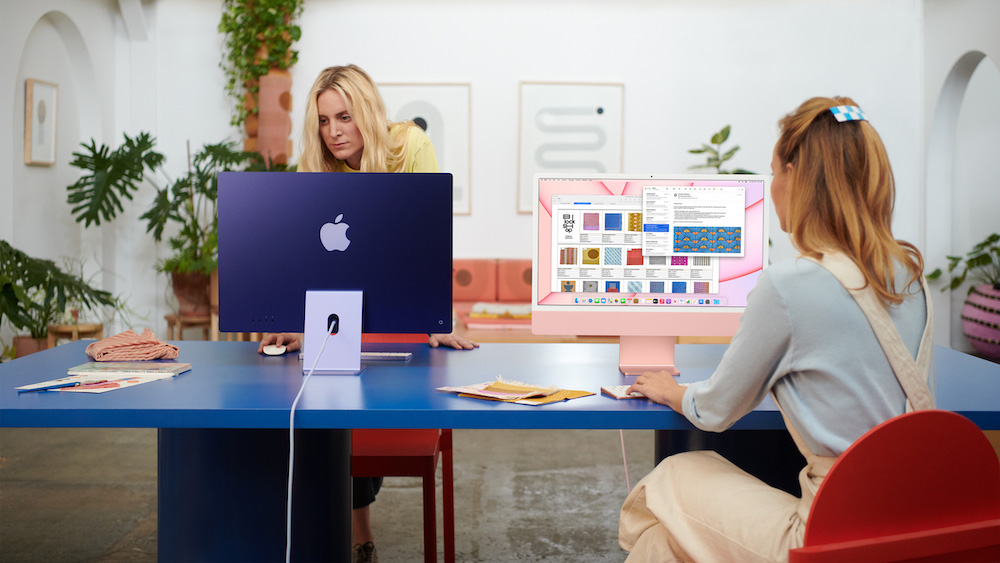 Which home, home office or office wouldn’t benefit from these?

The most powerful iMac yet

The new Apple consumer-focused (but pro-powered) iMac desktop is 11mm thin, available in seven colors at launch, has a 4.5K Retina Display and provides 24-inches of desktop space.

Which essentially means the computer is big enough and powerful enough for the majority of tasks while also being a nice object to have around when you turn your daytime work at home environment back into your night time den.

Speaking of night time den, the iMac has a few surprises designed to give you a better Zoom meeting experience that should also make it a jolly good home entertainment hub, namely the best cameras, microphones and speakers ever put inside a Mac (at least, that’s what Apple said).

Another handy enhancement is Touch ID. Available in the keyboard, Touch ID means you can pay for things, unlock your computer and even switch user IDs with a fingerprint. The latter has got to be useful to families sharing the Mac. 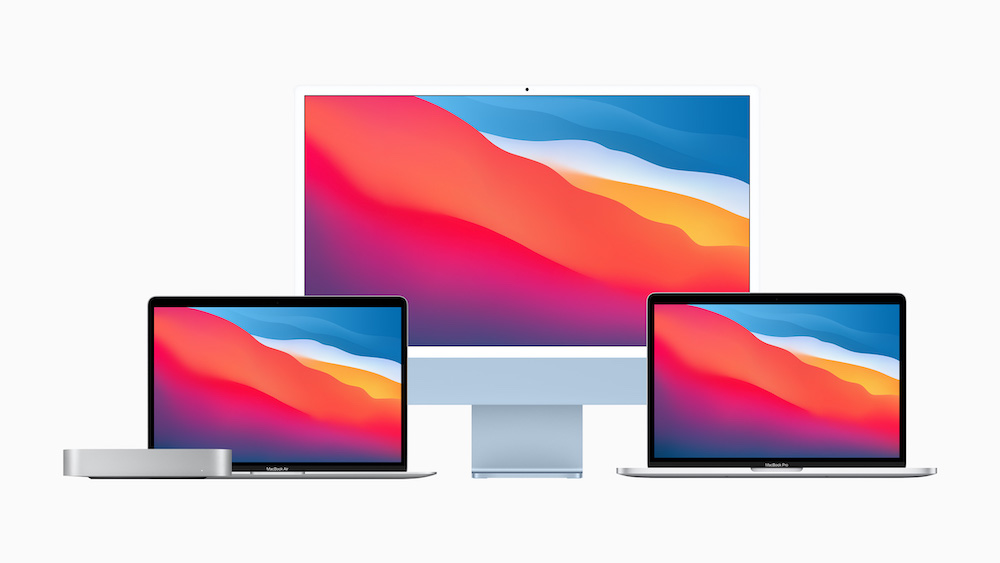 Welcome to the family

While I don’t feel this model Mac captures the zeitgeist to the extent of its original predecessor, it catches some of the current waves of digital transformation enough to tick most of the checkboxes you need filled in for a system flexible enough for both personal and professional activity. It’s a flexible workhorse Mac.

So, what did Apple tell us?

Some of the highlights from Apple’s announcement: 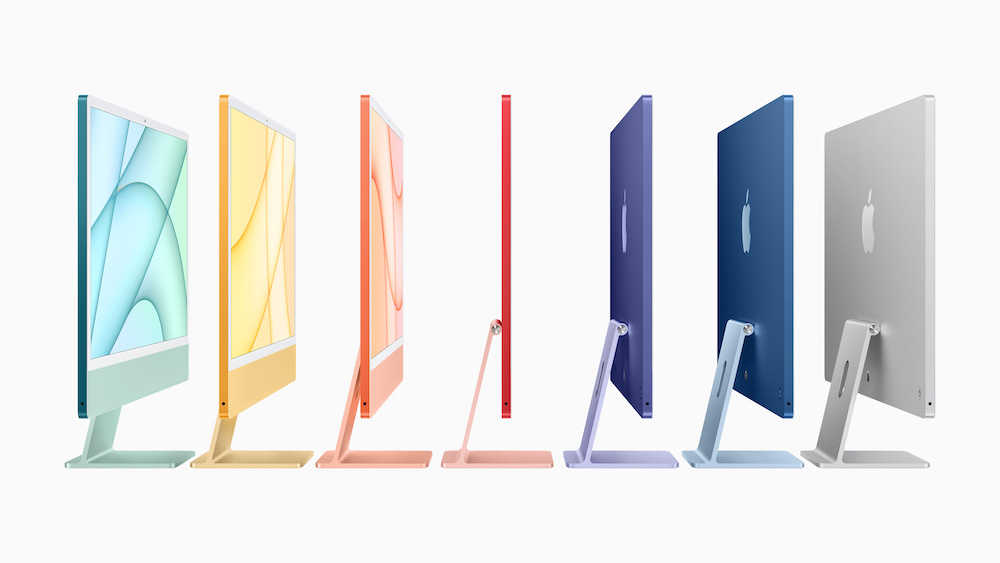 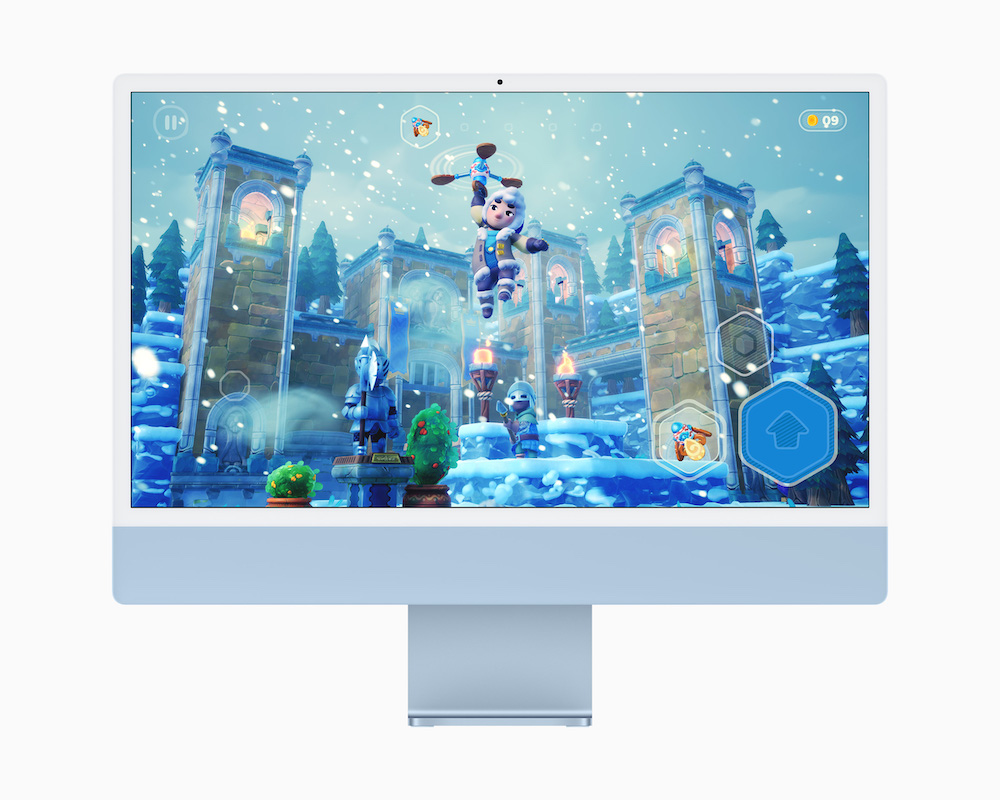 “With its striking design in seven stunning colours, its immersive 4.5K Retina display, the best camera, mics, and speakers ever in a Mac, and Touch ID, combined with the amazing performance of M1 and the power of macOS Big Sur, the new iMac takes everything people love about iMac to an entirely new level.” 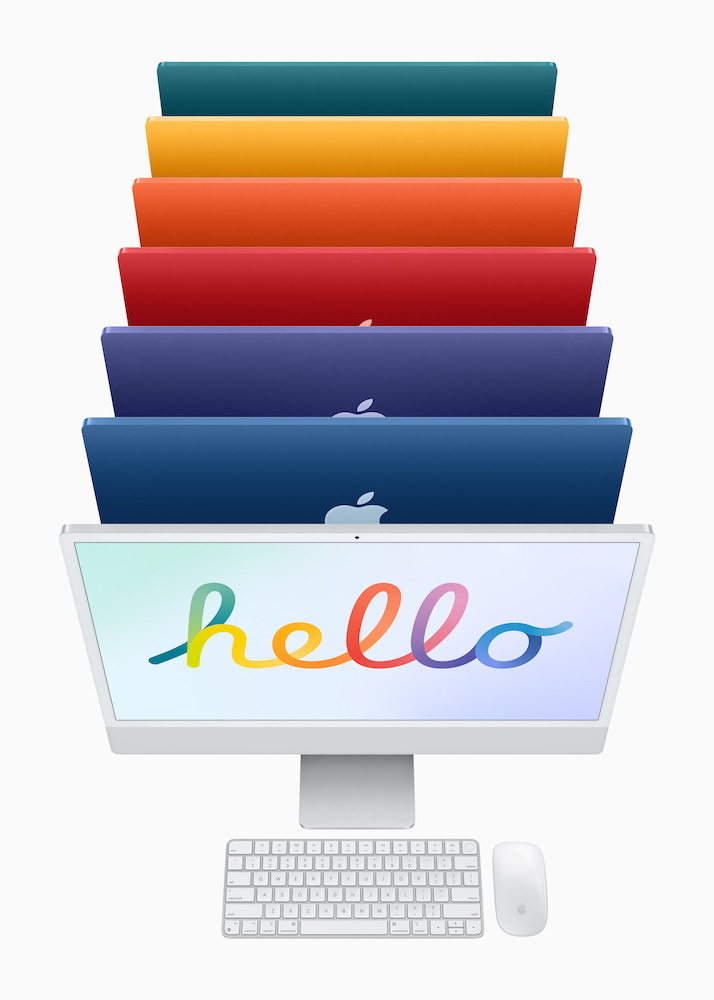 What about the processor?

We already know the M1 chips are super-impressive. The performance per watt is outstanding and one of the easiest ways to upgrade Photoshop is to run it on one of these Macs. So, how has Apple done pushing iMac onto one of these chips?

Apple says the M1 iMac deliver the “fastest CPU core in low-power silicon”, but it also provides “the fastest integrated graphics in a personal computer”. 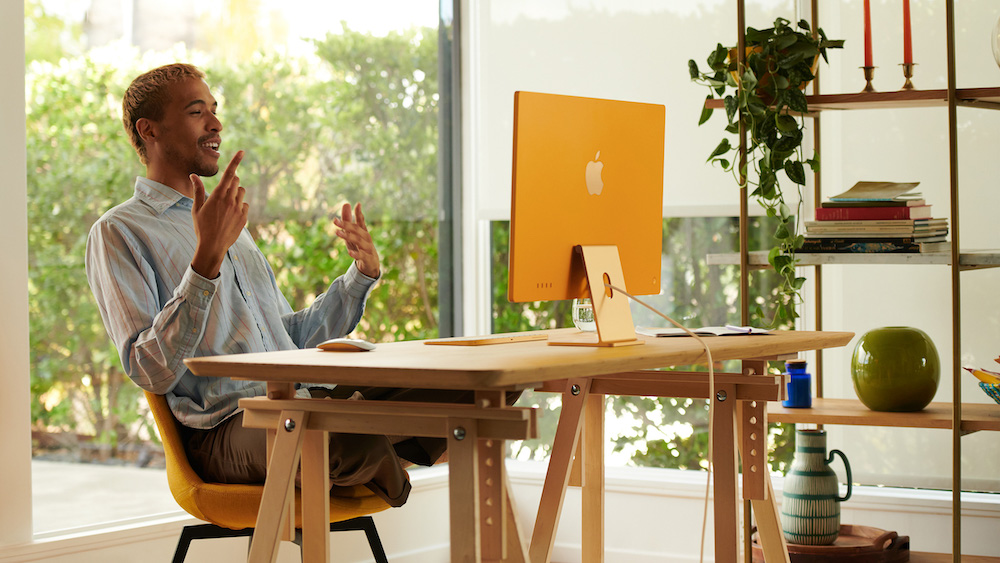 The truth is that until the “first looks” begin to emerge, we don’t really know what we can do with these things.

All we can imagine is that putting an M1 chip in a larger system equipped with a bigger heat sync may have enabled Apple to yield even more performance from the processor than we already expect to experience. 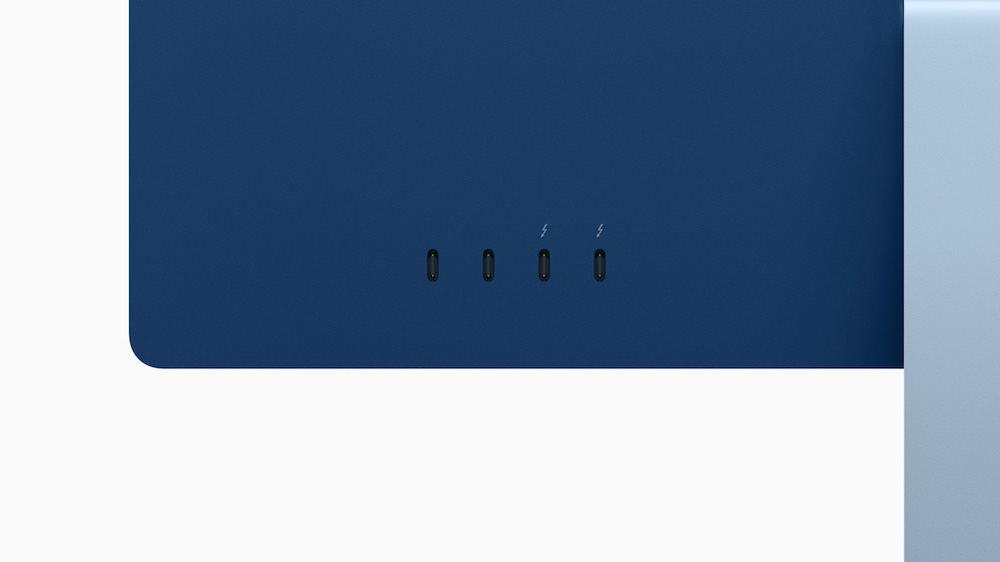 What about the display?

The new iMac features a 24-inch 4.5K Retina display with narrow borders and 11.3 million pixels. With a P3 wide colour gamut and over a billion colours, plus 500 nits of brightness, images are vivid. The new display also boasts True Tone to automatically adjust colour temperatures to optimise the visible on-scren image for the environment the system sits in.

The display has an anti-reflective coating.

What about the sound?

Apple says its new Mac delivers the best sound system ever in a Mac. It has two pairs of force-cancelling woofers placed side by side for an impressive bass response, while reducing unintended vibrations. These are all balanced with a high-performance tweeter.

Which all sounds impressive but should make for a high-quality audio playback experience across a wide gamut of sound frequencies with strong, articulate bass and crystal-clear mids and highs.

Boosted by a little machine intelligence in the form of audio playback algorithms, that means the Mac delivers spatial audio when playing video with Dolby Atmos.

Which means that as well as being able to discern the vocal range of the people in your next Zoom meeting you’ll also get a kick watching a movie about rebellion against dystopian tyranny afterwards. 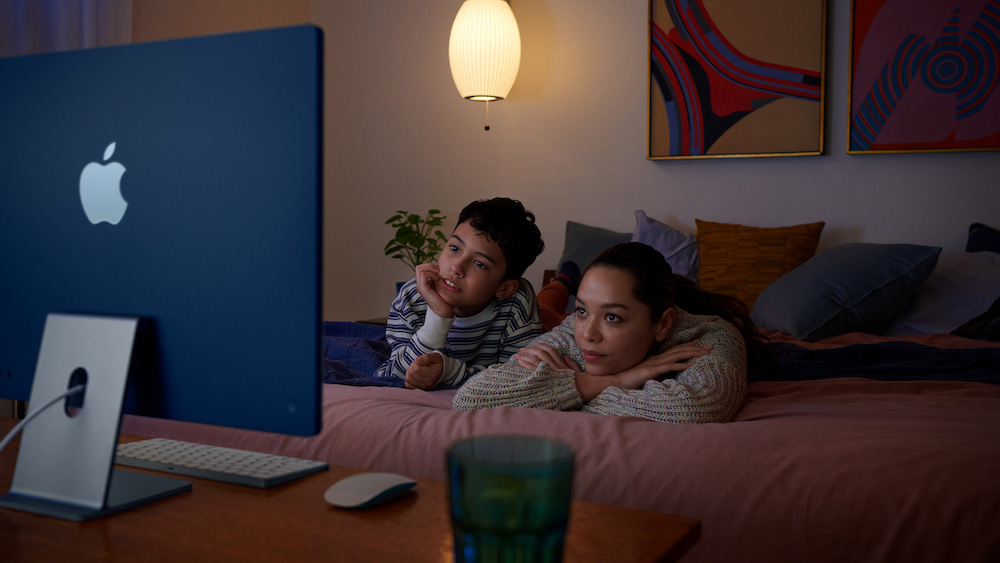 We always need to connect

Every iMac features two Thunderbolt ports for superfast data transfers, including support for up to a 6K display, like the Apple Pro Display XDR.

What about the accessories?

Three models of color-matched aluminium Magic Keyboard are available, including one that offers Touch ID. Also available is a Magic Keyboard with Touch ID and Numeric Keypad, as well as the colour-matched Magic Mouse and the industry-best Magic Trackpad. 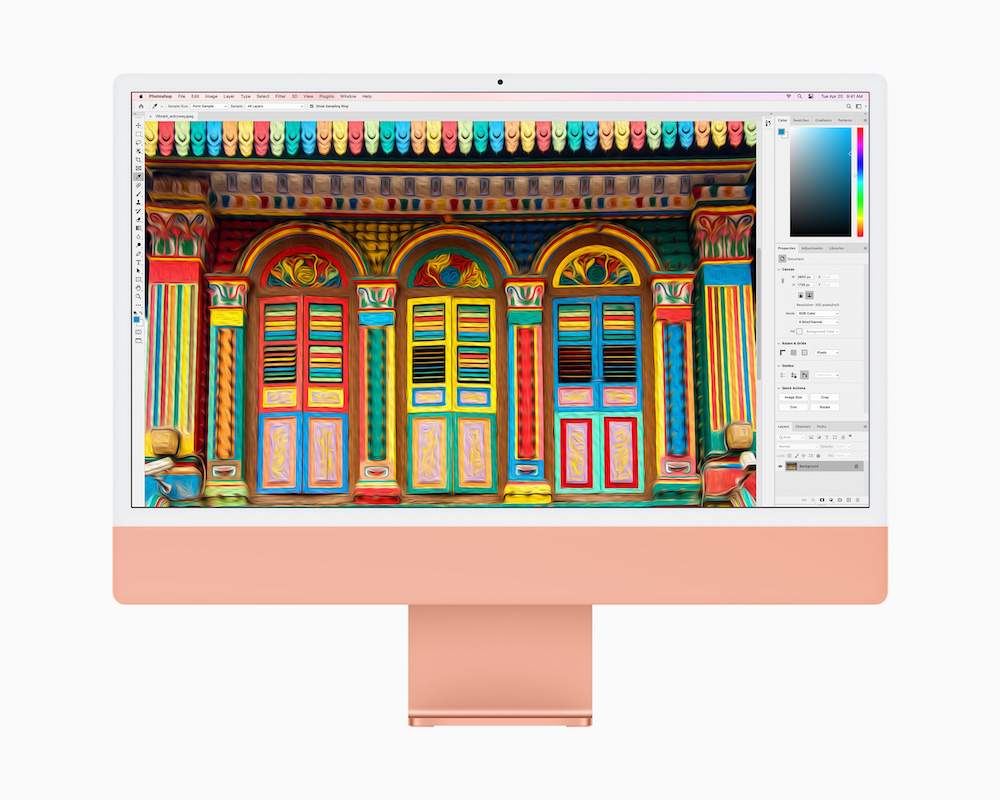