Apple’s iPhone X is the UK’s most popular smartphone 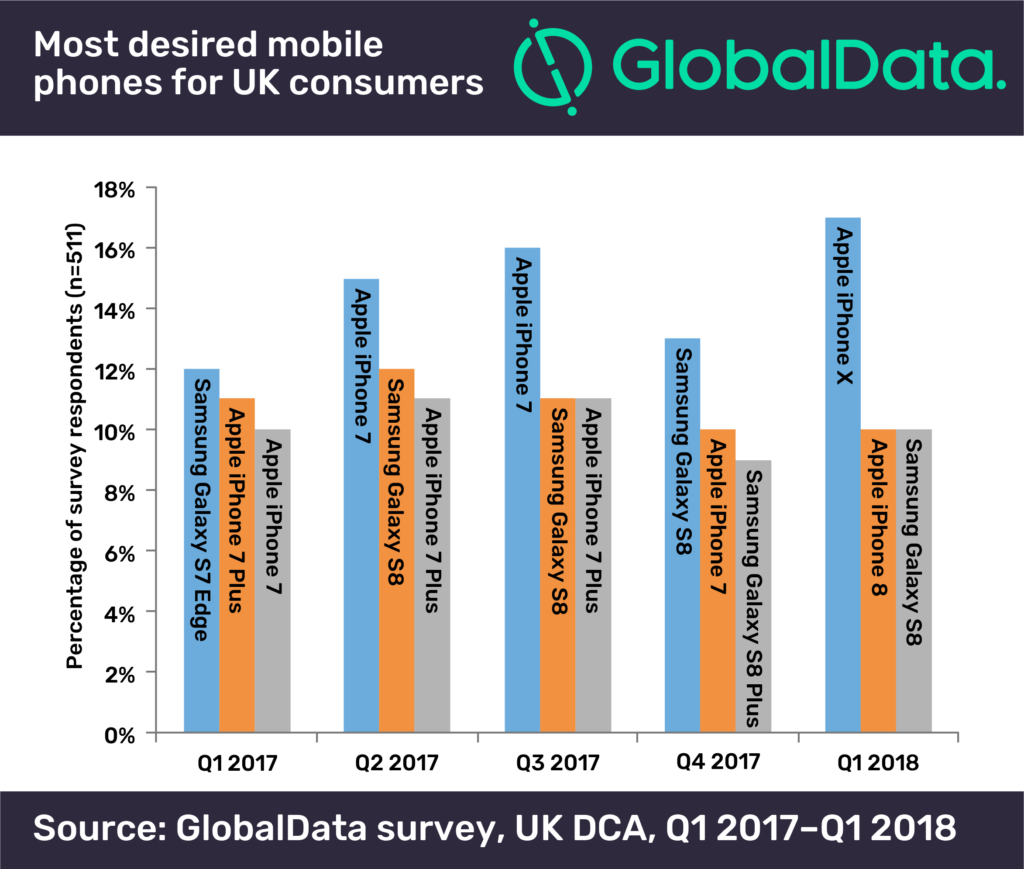 Apple’s iPhone X is the most popular smartphone among UK shoppers, with the iPhone 8 as a creditable second choice, according to recently-published analyst data.

“Apple’s iPhone X, released in November 2017, was the most popular choice among UK consumers when they were asked to name the next phone they would purchase in the first quarter of 2018,” according to GlobalData’s regular quarterly survey.

“The strong desirability for the iPhone X comes despite sales coming shy of industry expectations, which had raised concerns that the phone may have priced itself out of the market.”

The key features that UK consumers consider when buying a smartphone were identified as battery life, tariff price, and handset price.

“With the standings dominated by Apple and Samsung, it will be interesting to see how the second quarter’s newly released Samsung Galaxy S9 and S9 Plus will impact the standings going forward.”