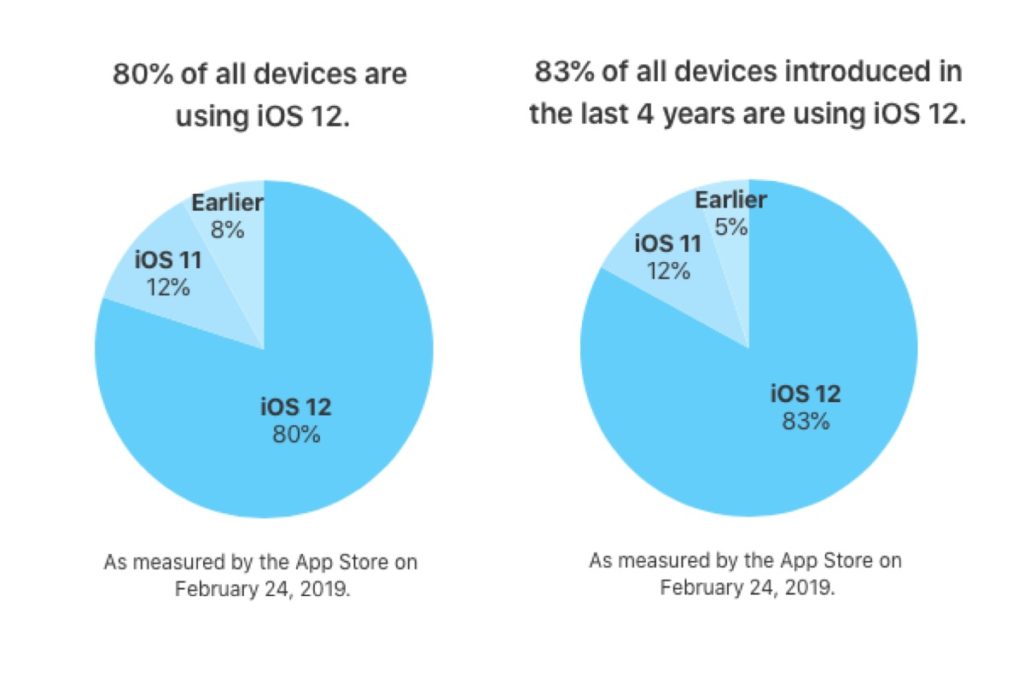 Apple has convinced us to install iOS 12 on over a billion mobile devices, the company’s latest data suggests: 80% of all iOS-compatible devices now run the OS.

There are now over a billion devices running iOS 12

This means there are over a billion devices running iOS 12. Why does it mean this? Because Apple recently revealed that 1.4 billion currently active iOS devices including 900 million iPhones.

That’s seriously impressive when you consider how other platforms (current or not) have failed to deliver that kind of consistency and utterly failed to provide a viable system for updating devices.

Developers know they can reach a large market when the offer iOS 12 apps.

They don’t know that for other systems, where they must develop for old editions above the new. It’s good for iOS customers, too, who can remain more up-to-date, more secure and use more current apps than those stranded on those lesser platforms.

Apple’s data also reveals that over 83 percent of devices of four years old or less are running iOS 12, with another 12 percent on iOS 11. Just 5 percent of current devices run an earlier OS for some reason.

This begs the question, why? Why have users failed to upgrade?

I guess in some cases this may be in line with enterprise security policy, but in others we must assume that the performance enhancements unlocked when you install iOS 12 even on older devices just hasn’t been attractive enough for some users.

So, I’m asking: If you are running an iOS device that hasn’t been upgraded to iOS 12, please tell us why you have not upgraded. What is the stumbling block?

Equally, if you have become the family/school/enterprise iOS support boffin, perhaps it is time to convince the entire family to upgrade.