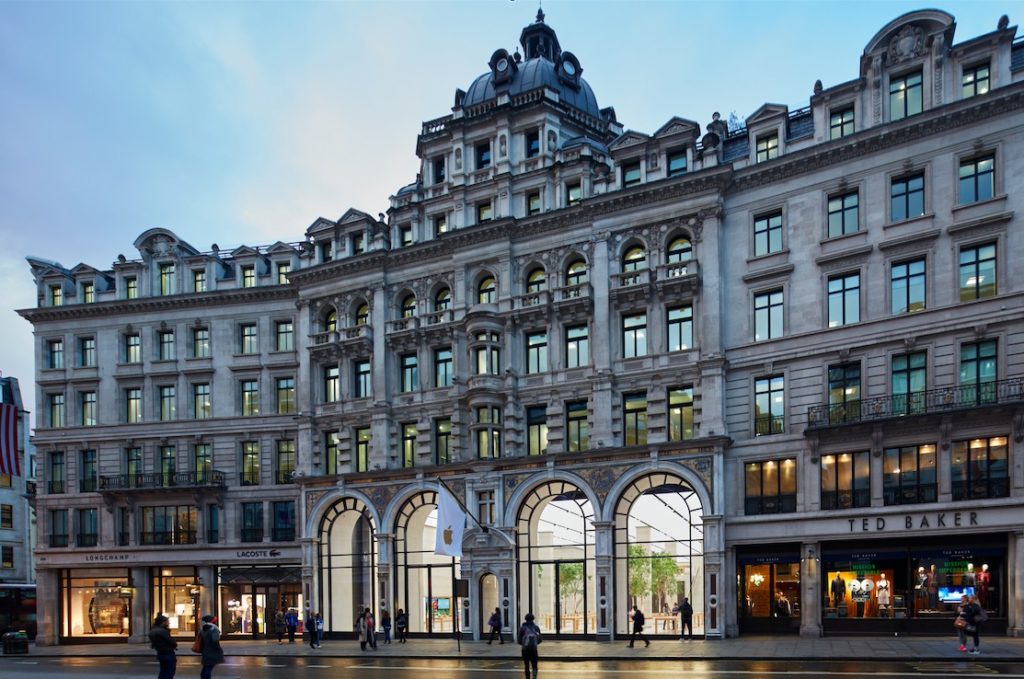 With over 60 million customers since it first opened 12-year’s ago, the opening should interest every Apple customer. “We’re proud to have been a part of its growth into one of the premier retail streets in London and the world,” the executives said.

The store brings in what we’ve seen Apple weave across its stores, including the Avenue, Boardroom, Forum and other concepts introduced San Francisco, Union Square, earlier this year. This means things like natural light, tree-lined avenues, a tremendous use of space and a sensitive deployment of new and natural materials.

Apple says it wants to make its stores part of their local community. It hopes to express this at Regent Street by providing numerous creative events, including live music, art, and curated photo walks around the local areas during which it will teach people outdoor photography techniques.

As the EU v. Apple tax investigation rolls along, the executives took the time to discuss how many people they employ in the UK and Europe. Over 500 people now work at the Regent St. store they said.

“We have been doing business in Europe for 36-years and now employ over 22,000 people in 19 countries.” These include over 6,000 people in the UK, nearly half in London.

The execs also took a moment to discuss the number of UK jobs it supports through its products and the wider app economy. The company claims to support nearly 300,000 British jobs and to have paid £1.7 billion to British suppliers and companies in 2015.

The UK accounts for a quarter of the company’s total European spend, it said. It remains arguable if employment is the same as taxation, given that companies don’t employ people if they aren’t profitable, but infrastructure expenditure remains essential whatever the economic climate.

Apple has opened up the front part of the mezzanine floor. That’s really significant because in doing so it has created a double-height grand hall that’s over 7-metres high, as you can see in the picture. This looks incredibly impressive at street level and means the store is full of natural light – which is great for the twelve Ficus Ali trees the company has planted, each one in their special Apple-designed tub.

Here are some other interesting details about the new store,

Apple has a range of in-store events planned at Regent Street, you’ll find out more on this here.