Apple wants you to know iPads are professional computers 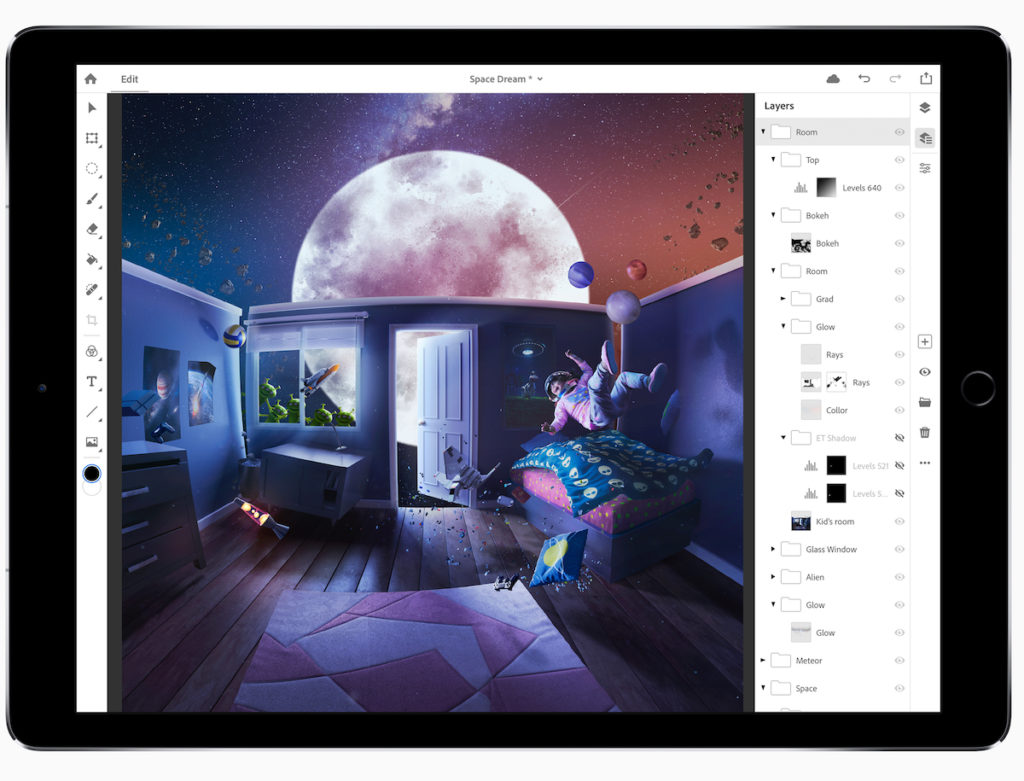 Full Photoshop for iPad in 2019

With Apple rumors predicting an iPad Pro launch event this month, Apple has taken the unprecedented step of publishing a press release announcing the introduction of Photoshop CC for iPad and other new Adobe apps for creative pros.

What’s important about these apps is that most of them are designed to run effectively on an iPad. Indeed, Photoshop offers all the features of full desktop Photoshop, the companies said.

“This is the real Photoshop on the iPad. The Photoshop code base is being used on iPad. All PSD files open on the iPad version,” Scott Belsky, Adobe’s Chief Product Officer, Executive Vice-President for Creative Cloud said during the keynote.

“You will be able to start your work on an iPad and seamlessly roundtrip all of your edits with Photoshop CC on the desktop via Creative Cloud,” Apple adds.

There’s lots more information about all of these apps at Adobe’s website. All the newly-announced solutions are expected to ship in 2019 and there’s some good insight into what they are capable of at Indian Express. 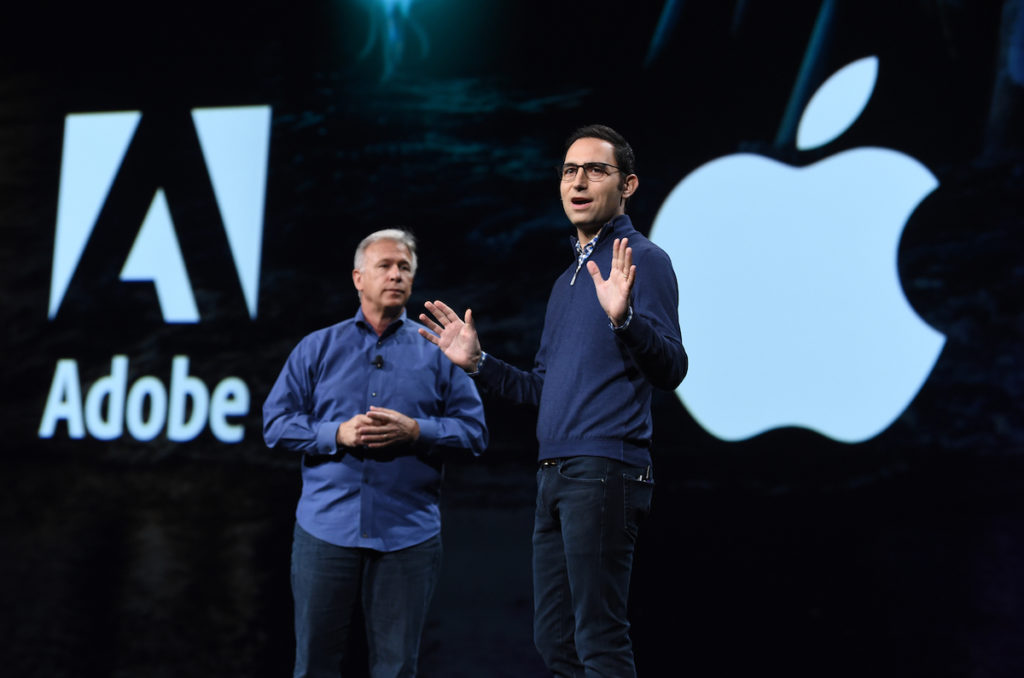 “At Apple, we care deeply about the evolution of the iPad into increasingly a tool that is essential to a creative workflow,” Phil Schiller said at Adobe MAX.

The big back story

This is all good news for creative pros, who can now look forward to getting real creative work done on their iPads – it’s also good news for prosumer iPhoneographers, who can shoot images on iPhone XS Max and make them even more beautiful in Photoshop.

With Office and Photoshop support, alongside custom apps for enterprise and a bevy of cutting-edge enterprise solutions now available for Apple’s tablet platform, it should be crystal clear to everybody that iPads are now creative machines.

It seems possible someone should explain it to Gartner and IDC, who still refuse to include iPads within their PC sales data, even though they will include Surface. Just a few days ago, those analysts placed Microsoft in the top five U.S. PC sellers on strength of Surface sales – if you look at their maths it’s pretty clear that if iPads were included within this data, Apple would be at the top of the PC sales charts – and certainly bigger than Microsoft.

“As creatives, AR will free you from the confines of a screen… to where the world around you is a canvas.” – @parasnis #AdobeMAX pic.twitter.com/SkP1HxkQTM

What this means for the Mac

Most of us expect Apple to also introduce new model Mac mini and a lower-cost notebook in the next few weeks, with a high-end Mac Pro scheduled for 2019.

The new Mac mini has been described by rumor-mongers as being a ‘pro’ machine, and you have to put future Mac plans through a pro filter. Apple knows that iPads and iPhones are replacing many of the tasks we once used computers to fulfil.

The PC market knows this too — just look at sales slowing down while analyst’s try to massage them with flawed figures. (iPads are PCs).

To address this, Apple will likely focus on high-end Macs for high end uses – this includes graphics and video production tools and will the new AR and VR experiences it hopes will have as profound an impact on creative expression as desktop and web publishing achieved.

Inevitably, Macs will become high-end machines for high-end tasks, while iPads and other mobile devices will become computers for the rest of us. 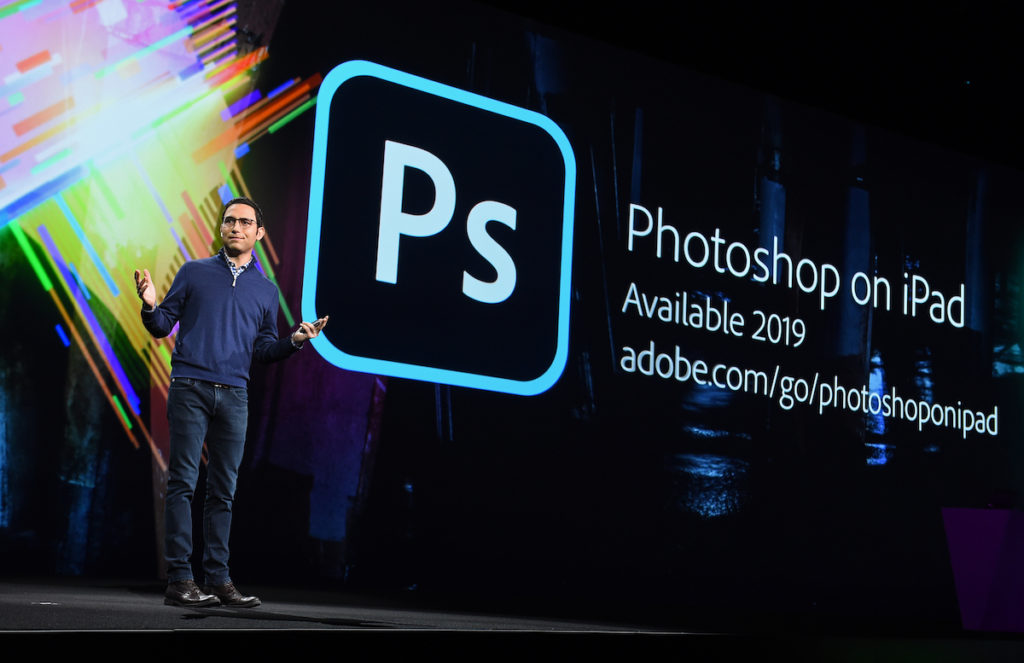 The other big takeaway has to be the two firm’s new alliance around VR. Adobe wasn’t always an enterprise company and once made cutting-edge creative tools.

It still does today, but the market has changed and tasks such as image editing have become commoditized. This is why Adobe is putting weight behind what both firms hope will be the birth of a new industry around AR and VR experiences.

“At Apple, we care deeply about the evolution of the iPad into increasingly a tool that is essential to a creative workflow,” he said.

“That’s why over the last few years we’ve been creating the iPad Pro line and we’ve been building unique technologies like our A-Series chips, special versions of that with the CPU and GPU performance for professionals.”

Schiller also said: “Adobe has understood the potential of the iPad Pro. This will appeal to a new generation of creators, who need a mobile tool for creativity. We cannot wait for this technology to get into everyone’s hands, and to create, with the freedom to do Photoshop anywhere in the world,”and promised the two firms have been “working together on some really amazing technology,” which I absolutely take to be AR.

Apple and Adobe appear to have healed old rifts and are working together in hope of sparing a new growth market in AR, even as Apple’s puts Mac development onto a new track as high-end workstation-class machines, supplemented by increasingly powerful mobile devices.