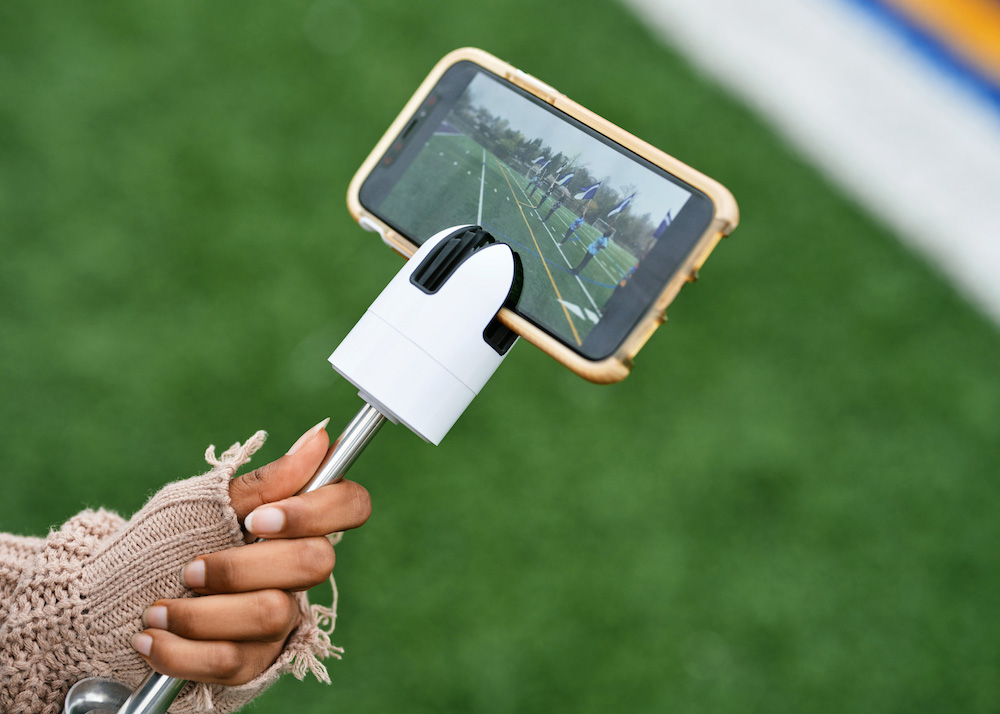 Apple has published an interesting report that shows how teachers, students and families have made use of technology to keep learning during the pandemic.

Apple has published an interesting report that shows how teachers, students and families have made use of technology to keep learning during the pandemic.

The report explores some of the more cutting-edge ways people made use of Apple’s kit to teach and to learn. From launching an online high school musical, to exploring history with iMovie and GarageBand, to producing a virtual graduation ceremony, what has been accomplished will likely remain part of the big picture of learning in the years ahead.

There were some bittersweet moments, for example, New Rochelle High School in New Rochelle, New York, debuted its April 21 production of the musical “Is There Life After High School?” as a show streamed online.

The streamed event was the brainchild of drama and film teacher Anthony Stirpe. To achieve it he reimagined every aspect of the production, using iPhone, iPad, and Mac to shoot and edit the vignettes and songs remotely, and, when in person, socially distanced.

This use of remote tech extended across the production, including in 202 when students auditioned for parts on their iPhones and iPads. Rehearsals also took place using these tools, and while all the scenes were shot on the same devices, Stirpe edited the results on iMovie and Final Cut Pro.

“Without this technology, there is no way we would have been able to do this,” says cast member Noah Massey, 17, who graduated from New Rochelle this year. “The time I’ve spent doing the musical this year helped me open myself up in a way that I’ve never done before, and it’s given me a skill set I can take forward into my future.”

“Mr. Stirpe is obviously amazing for creating this for us,” says castmate and recent graduate Olivia Dower, 17. “He has just done an incredible job at banding us all together, figuring out a way to do this during COVID-19 and creating those moments where we can have the fun that we’ve missed from the last year.”

Olivia’s parents credit the musical with giving their daughter an outlet during a tumultuous time.

“I feel like I’ve been running in place a lot of this year, trying to maintain my children’s mental health,” says Laura, Olivia’s mother. “There was so much trauma — we were trying to make sure our kids were supported and involved. Mr. Stirpe figured out how to make sure they felt connected.”

After the performance debuted, Stirpe received an unexpected email from Jeffrey Kindley, who wrote the Broadway musical 40 years ago and watched the New Rochelle production online.

“You created something spectacular in our year of lockdown limitations: You found ways to use the intimacy of iPad and Zoom to focus on private moments and make them instantly relatable,” Kindley wrote. “It’s odd to be moved by your own words when you wrote them four decades ago, but it happens when talented people bring them to life again.” 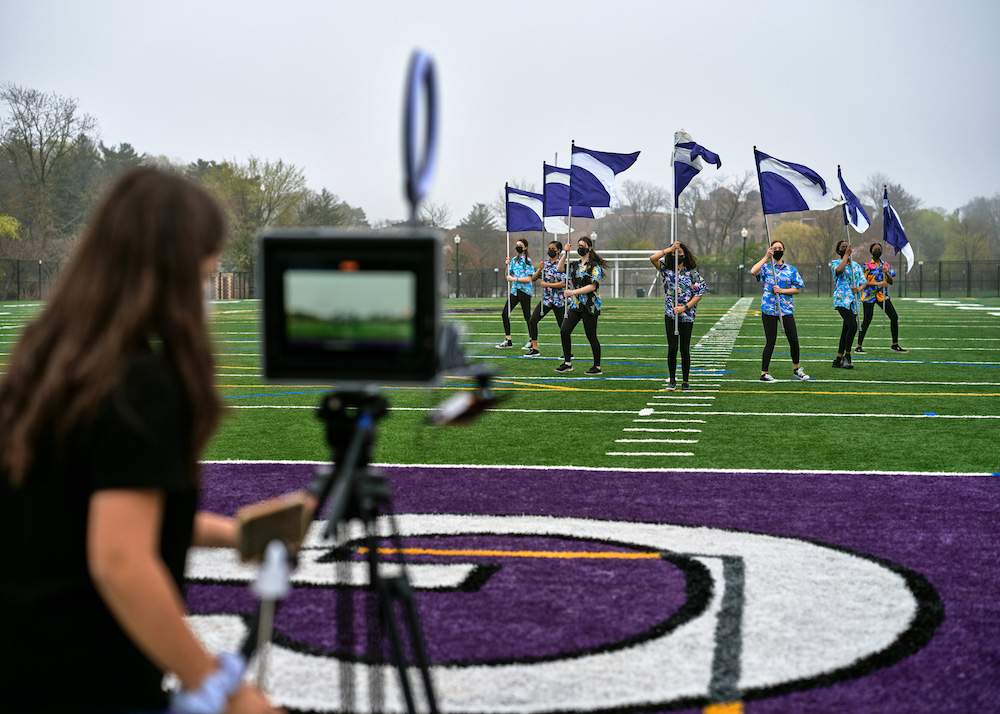 In Glasgow, Scotland, Scott Anderson reimagined how to teach history remotely while his students at Castlemilk High School were under one of the longest sets of lockdown in the world.

He started by teaching himself iMovie and GarageBand, and then used them to create self-narrated virtual lessons featuring archival photos, sound effects, and video clips that his students could access digitally at any time.

“I think during the lockdown period, remote teaching became slightly repetitive, so I think it’s good to vary the teaching style,” says Anderson. “iPad and its built-in creativity apps made it so easy for me to do that quickly and virtually. And to be honest, I would certainly say the pupils are outshining me in the technology department now.”

Anderson’s virtual lessons inspired a new set of assignments: Using GarageBand, his students created their own podcasts about key elements of history.

For example, in a podcast about women’s fight for the right to vote in the United Kingdom, final-year student Ben Mawson, 17, recorded himself walking around at home wearing hard-sole shoes to evoke the idea of women marching, and added the sound of glass breaking when he talked about the tactics they sometimes employed.

“Watching these videos and making these recordings was much better and much more exciting than just going over our notes,” says final-year student Carris Kenna, 17. “And because everyone had their own iPad, you were always connected to your teachers. You could contact them anytime if you needed help, and it made me feel like we were all a big family.”

Castlemilk High School is located in one of Glasgow’s most economically deprived areas and was part of the city’s push in 2019 to get an iPad into the hands of every student. Five years ago, 20 percent of Castlemilk graduates went on to higher education. This year that figure climbed to 50 percent, despite the pandemic.

“The students each having an iPad isn’t the only reason that’s happened, but without iPad, none of it could have happened,” says Head Teacher Lynn Gibson. “During the lockdowns, I was worried — how do we keep them safe and make sure they’re okay? And iPad was the tool that enabled us to keep that contact going and support them as they planned for the future.”

Anderson is planning to apply these new methods of learning to his classes going forward and thinks they will help bring history to life for students once they’re back at their desks. 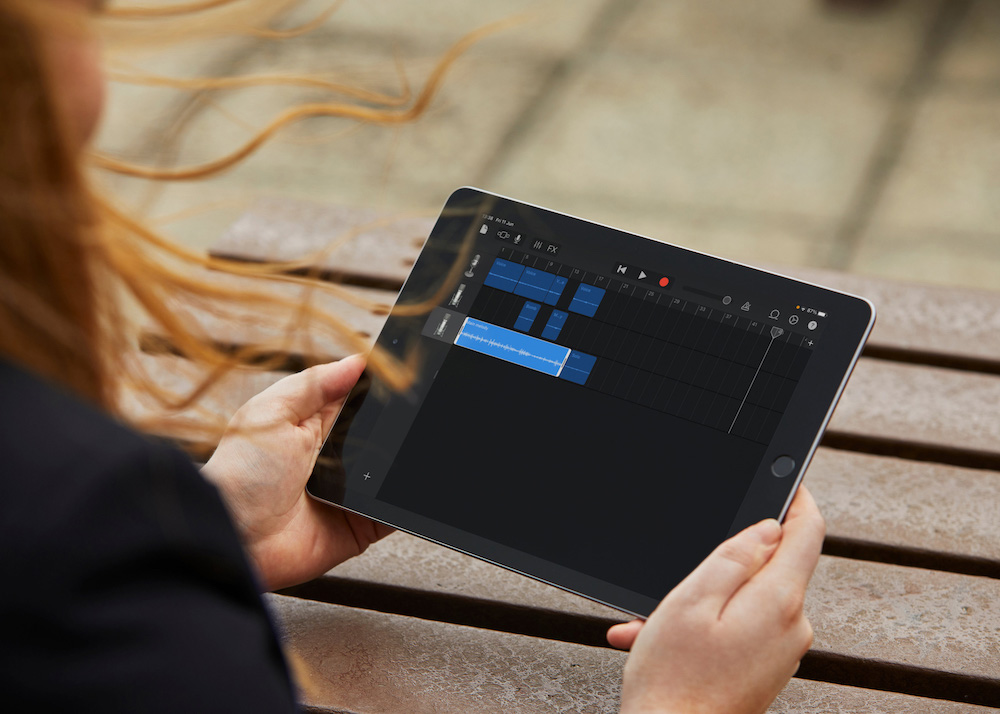 She put out the call for video messages of support and congratulations from the entire Delaware State community and beyond, and included a tutorial video on how to shoot on iPhone or iPad.

“We got so many messages in — we even heard from parents who used their student’s iPad to record their video,” says Dr. Edwards. “It came together so fluently because almost everything was shot with Apple devices, and I edited on my MacBook Pro and iPad and created graphics and transitions using Keynote. Even our chaplain recorded the benediction on her iPhone.”

The result was a masterfully produced, fast-paced, two-and-a-half-hour virtual graduation ceremony that included messages from dozens of celebrities and politicians, including Delaware’s governor, both senators, and former Vice President Joe Biden.

Neat story. You can read it all here.