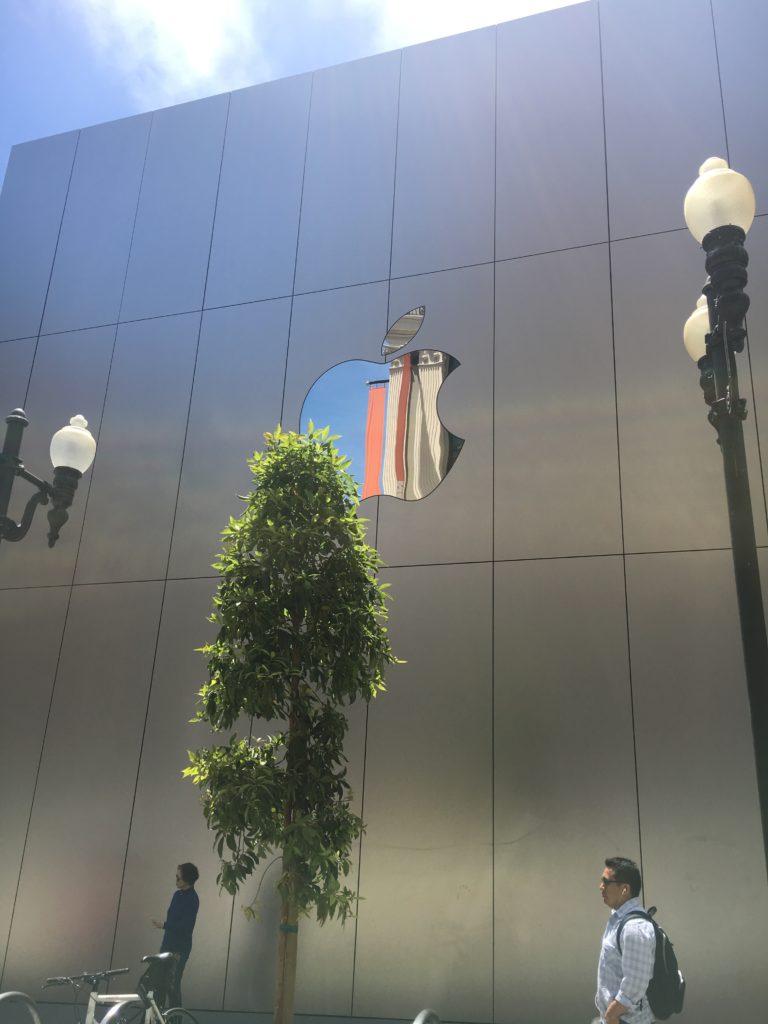 Every Apple Store has to have a shiny logo, right?

Apple quarterly revenue fell 5 percent on last year, though the company’s pivot to services income continues to drive a positive story, as that segment achieved a new record $11.5 billion revenue.

Apple is providing the following guidance for its fiscal 2019 third quarter:

“We delivered our strongest iPad growth in six years, and we are as excited as ever about our pipeline of innovative hardware, software and services. We’re looking forward to sharing more with developers and customers at Apple’s 30th annual Worldwide Developers Conference in June.”

“Given our confidence in Apple’s future and the value we see in our stock, our Board has authorised an additional $75 billion for share repurchases. We are also raising our quarterly dividend for the seventh time in less than seven years.”

Apple’s board of directors has declared a cash dividend of $0.77 per share of the Company’s common stock, an increase of 5 percent. The dividend is payableon May 16, 2019 to shareholders of record as of the close of business May 13,
Dear reader, this is just to let you know that as an Amazon Associate I earn from qualifying purchases.
Share