Apple may have a growing iPhone loyalty problem…

It’s beginning to look as if Apple’s decision to make iPhones more expensive has broken one of its most valuable customer metrics: brand loyalty. That’s how I see the data in this report.

BankMyCell.com claims Apple’s iPhone brand retention may be at its lowest point since 2011.

They argue that this suggests people are switching to different platforms, rather than sticking with iPhones.

I can’t help but imagine that when so many of the new jobs people have these days are low paid, insecure, gig economy jobs, this reflects a truth that most people just don’t feel like they have money to burn. 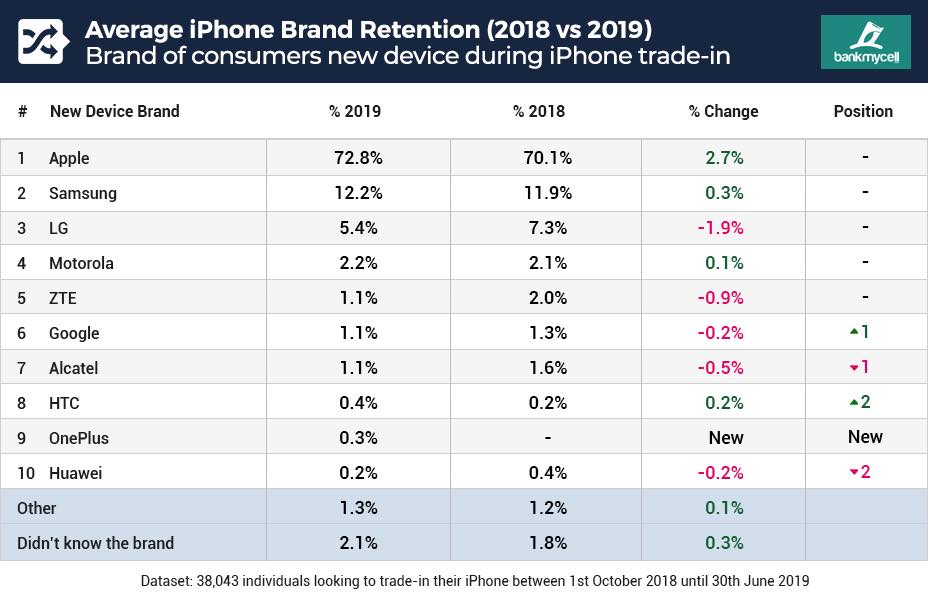 Let’s take a look at the data: 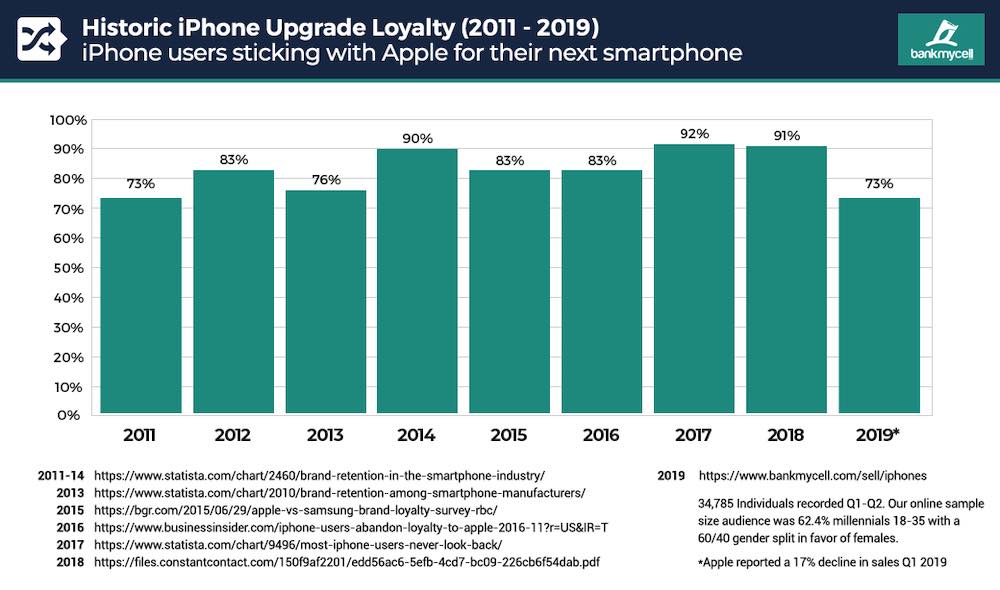 There’s lots more information in the report, which you can explore here.

I saw the light with Apple years ago and my actions show I believe it to be the best platform, for dozens of reasons.

At the same time, maintaining an Apple habit seems expensive. Anecdotally, at least, I seem to have far more conversations with existing iPhone users planning to migrate to other platforms than I once did, and in most cases,  they cite price as cause.

That’s understandable, given so many of the people I speak with are staring at bills they can’t afford even while being in full time employment. They aren’t unique.

I think it would be helpful if Apple recognizes that the aspirational age that gave it such success is changing and found some way to widen its reach – though I fear this is a lesson Apple isn’t yet ready to learn.