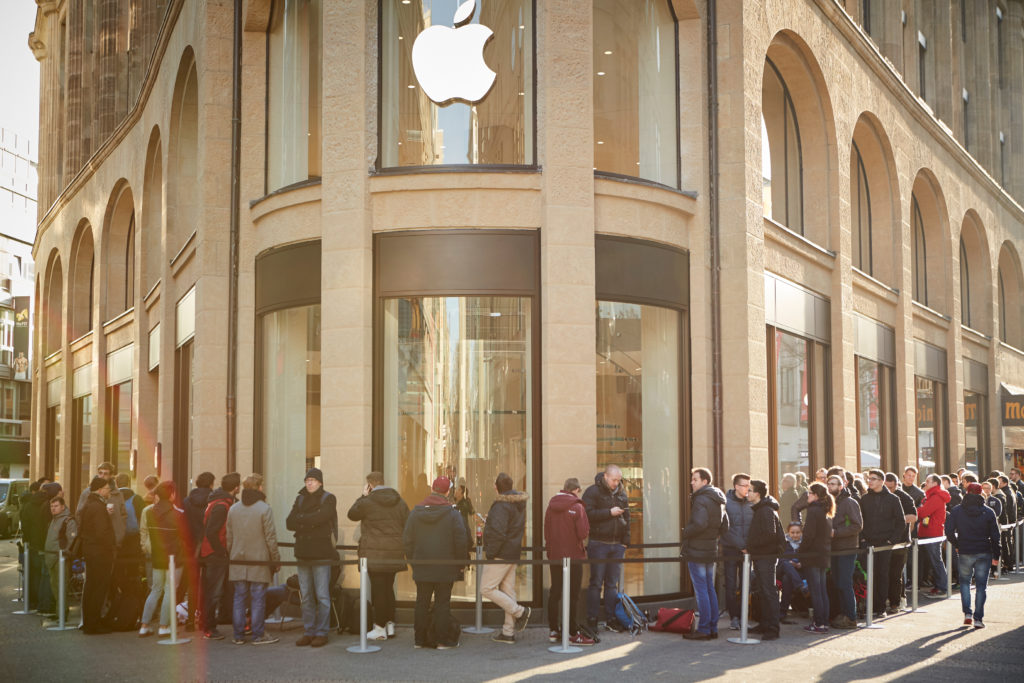 When will the queues begin? I’m betting we can expect them this time around

It’s only Monday but this already seems to have been a poor week for Apple secrecy – or a good week for pre-release excitement, depending on how you look at it.

You see, not only do we now think we know Apple will launch a 4K Apple TV and a truly smart LTE Apple Watch, but we’ve also seen 18 fresh iPhone 8 rumors ship in the last few days. Just below the video, here’s your quick and easy guide to all the recent claims as we wait for Apple to massively grow the iPhone market.

Above: Italian website ItaliaMac has published this video it claims shows the new device.

‘Copper Gold’ will be the new Rose Gold according to a crappy Weibo image.

There have been conflicting claims – some even think iPhone 8 might be “late) (even though it wasn’t yet announced). No matter: Digitimes claims mass production has begun and we will see the new devices ship in October. Source: Digitimes

iPhone 8 won’t be cheap, a Foxconn exec allegedly said. That’s no great surprise – we all know that the new high-end device may cost around a thousand dollars. Apple’s still gonna have difficulty meeting demand. Source: MyDrivers.

iPhone 8 won’t just be the best phone around, it will also be a top-notch device with a notch at the top. This will house speaker and a front-facing camera.

Steve Troughton-Smith seems to have a handle on this – he thinks that notch at the top will require Apple to make a few changes to how the status bar works.

Also read: The Complete Guide to iPhone 8 in 12 Pictures

Touch ID becomes Face ID, according to leaked pre-release HomePod code. This code has prompted even more Apple watchers to think we should expect 3D laser scanners for facial recognition. “It can scan a user’s face and unlock iPhone 8 within a few hundred milliseconds,” wrote Bloomberg last month. Source: Macworld.

Face ID uses a new 3D sensor that can unlock the phone in a few hundred milliseconds. Source: Sunday Express.

The facial recognition will apparently even work when your iPhone is flat. Source: iHelpBR.

Developer Guilherme Rambo found a reference to a new SmartCam mode with a range of presets to help you get better photographs. These include things like baby, pets, fireworks, sky, and snow.

The new iPhones appear to have a Smart Connector on the base – is this for the charging? Source: ItaliaMac

The iPhone 8 has a new battery icon, according to that HomePod code. We’ve had months of claims of wireless charging – but will this be ready from day one? Source: Macworld. 9to5Mac.

We continue to see conflicting opinion around the replacement of TouchID with FaceID. However, removal of the Home button will pose a few problems to users. To solve one of these Apple has introduced a new ‘Tap to wake’ tech, says Troughton-Smith. Source: Troughton-Smith. However, right now it doesn’t look like TouchID will be integrated into the display.

Bezels? They are disappearing and we may see an all-glass front on the iPhone 8. Source: Macworld.

Apple’s frenemy Samsung has started production of OLED screens for iPhone 8 with the seven production lines running at “full capacity”. It will be the sole supplier until next year, the report claims. The leaked HomePod code also suggests a really high-res display, perhaps as high as 1,125-x-2,436 with 521 ppi. Source: ETNews.

Wistron is tooling up its production lines to begin making a new and much faster iPhone SE in India. This is going to help Apple grow its market there. An India-based tech website, said that the new iPhone SE will look like the existing model, and will carry an A10 processor, the iOS 11 operating system and a 4-4.2-inch display. The new model will have 32GB and 128GB storage options, with a 1700mAh battery. This will be plenty fast enough for ARKit, and probably a rather excellent test machine for all those tens of thousands of smart India-based iOS developers to build AR solutions that will – I think – blow our minds. Source: Focus Taiwan.