Watch: Apple’s Steve Jobs explains what it takes to be smart 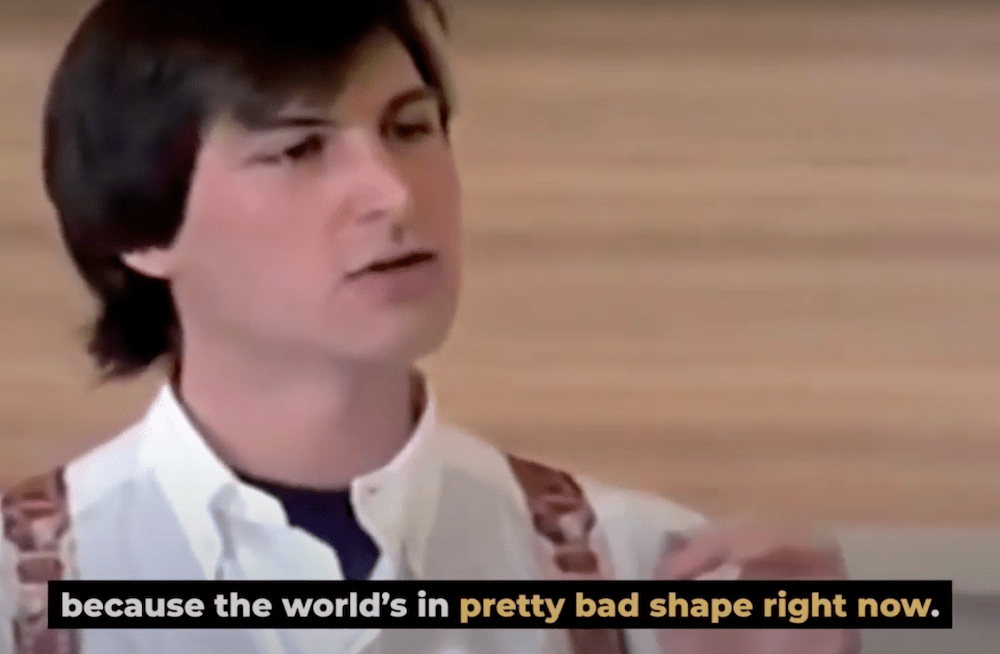 “The ones who are crazy enough to think that they can change the world, are the ones who do..”

Understanding how Apple’s Steve Jobs thought  may yet help us find a way out of the permanent crisis humanity is stuck inside. That’s why I was so pleased to find this video in which Jobs discussed what it takes to be smart and think in a creative way.

His argument is that the way we define intelligence as a measurable commodity only really works if we use intelligent measurement. He has a point, after all, even the inventor of IQ tests argued that his test should not be used as a measure of intelligence, but of learned intelligence. The tests inherently reflect the cultural understanding of whoever made the tests.

It even begs the question of if it is natural intelligence or deeper access to dominant cultures that mean people with higher IQs tend to be more successful?

What does it mean to be smart?

“A lot of [what it means to be smart] is the ability to zoom out, like you’re in a city and you could look at the whole thing from the 80th floor down at the city. And while other people are trying to figure out how to get from point A to point B reading these stupid little maps, you could just see it in front of you. You can see the whole thing,” he says.

Jobs really believed that unique experiences are necessary in order to deliver unique insights. He saw unique insights as being essential to innovative thinking, and he even had a few ideas of how to generate these.

“You have to not have the same bag of experiences as everyone else does, or else you’re gonna make the same connections and you won’t be innovative. […] You might want to think about going to Paris and being a poet for a few years. Or you might want to go to a third-world country — I’d highly advise that. Falling in love with two people at once. Walt Disney took LSD, do you know that?”

The bottom line? If you ever watched any of the Think Different ads, or listened to them, then they should now make even more sense:

“Here’s to the crazy ones, the misfits, the rebels, the troublemakers, the round pegs in the square holes… the ones who see things differently — they’re not fond of rules… You can quote them, disagree with them, glorify or vilify them, but the only thing you can’t do is ignore them because they change things… they push the human race forward, and while some may see them as the crazy ones, we see genius, because the ones who are crazy enough to think that they can change the world, are the ones who do.”

I confess, I do find it interesting to imagine that now most knowledge workers are working from home, the people who will suddenly start doing their jobs far better than their peers will be those already possessed of the kind of unique insight and approach that is best realised by not spending their lives in an office.

After all, office life tends to favor the kind of dull conformity that works to eradicate most people’s genius streak – precisely what Jobs rejected all his life. Perhaps we need more crazy ones, after all?

What do you expect from a guy who played Kriegspiel, rather than chess?