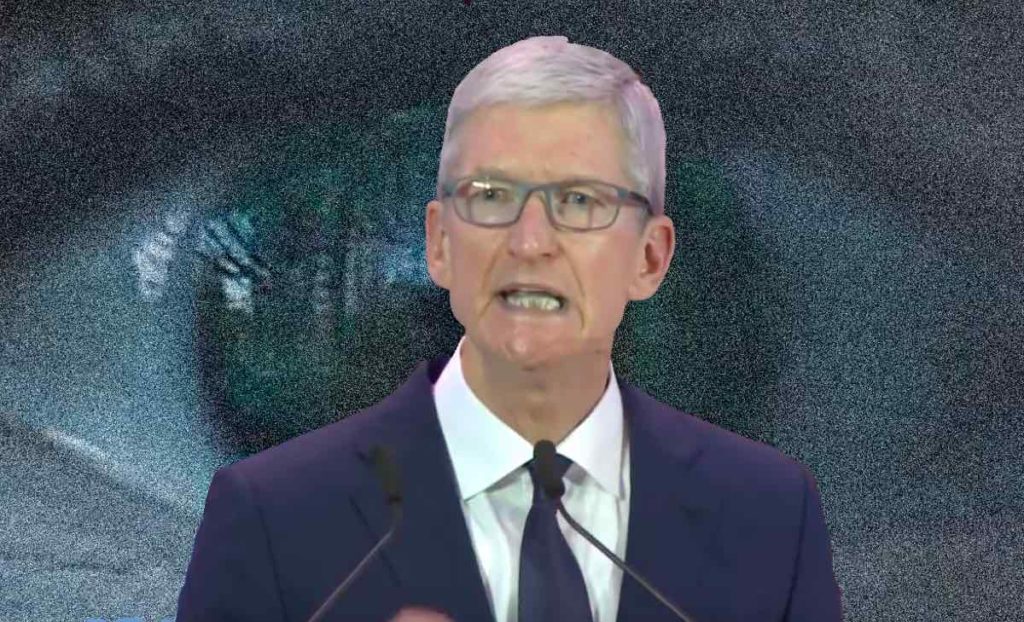 Tim Cook’s warning to the world

“Our own information is being weaponized against us with military efficiency,” warned Apple CEO, Tim Cook at a conference of European privacy commissioners in Brussels this morning.

‘What kind of world do we want to live in?’

“What kind of a world do we want to live in?” he said, slamming competitors for their lack of regard for privacy and calling on the U.S. government to adopt a “comprehensive” EU-style privacy law.

He warned that the collection of huge amounts of data is harming society.

He’s right, of course, just look at the unlawful behaviour of Cambridge Analytica and others involved in fixing elections which have damaged multiple nation states.

Here is the complete keynote, you can read the entire transcript here:

The scale of the weaponization of personal data is colossal, he warned.

“Platforms and algorithms that promised to improve our lives can actually magnify our worst human tendencies,” he said.

“Rogue actors and even governments have taken advantage of user trust to deepen divisions, incite violence, and even undermine our shared sense of what is true and what is false. This crisis is real. It is not imagined, or exaggerated or crazy.”

Cook’s speech was followed by another form Internet pioneer, Tim Berners-Lee, who warned:

“The problem is not that your data is misused to your prejudice. It’s mixed up with other people’s data and then used to manipulate everyone.”

May not be 100% what Tim Cook said, but I had a bad time hearing some words (thanks tinitus and photographers) pic.twitter.com/BFVome36Nw

“This is surveillance,” warned Cook. “These stock piles of personal data only enrich the companies that collect them. This should make us uncomfortable and unsettle us.”

“Billions of dollars trade hands every day on scraps of data that are carefully assembled, synthesised, traded and sold,” he warned.

Cook contrasted this with Apple’s own approach.

“The guiding principle at Apple is always consider: What kind of world do we want to live in?,” he explained, stressing the company’s core belief that privacy is a fundamental human right.

@tim_cook: Guiding principle at Apple to always consider: What kind of world do we want to live in? Believes Privacy is a fundamental human right #debatingethics #icdppc2018 pic.twitter.com/nrWZz4E2z3

Cook also said: “For artificial intelligence to be truly smart it must respect human values — including privacy. If we get this wrong, the dangers are profound…It is not only a possibility — it is a responsibility.”

Apple works really hard to make the convenience of AI available to customers in such a way as to protect privacy.

Not only does it retain very little customer data, but it makes it easy to check, verify and change the information held.

Much of its machine learning efforts rely on creating systems that enable the device to do the processing, enabling AI efficiencies without sharing personal data in the cloud.

Some people (interestingly they often seem to be the same people who work with groups like Cambridge Analytica to hack elections) argue that legislation is a barrier to innovation, but Cook stressed his opposition to notion, calling it, “Not just wrong, it’s destructive.”

“Technology’s potential must be rooted in the faith people have in it,” he said.

I completely support Cook on this. Privacy is integral to both a non-dystopian future and also to the entire foundation of a digitally-connected society. If you can hack a person, you an hack a power station.

I also think Apple’s position means the current deal between Google and Apple over use of the former as default search provider must surely be coming to a close.