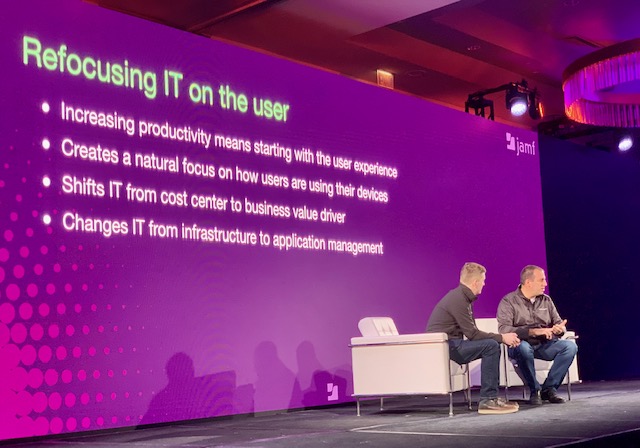 Apple’s decision to introduce Catalyst to encourage people to migrate iPad apps to Catalina was always going to have a big impact on enterprises IT, and one of the biggest names in the enterprise space, SAP, today confirmed plans to deliver Mac versions of some of its iPad apps.

SAP gets an Apple habit

SAP began evaluating the TCO of Apple products following IBM’s first big revelations at the many advantages of the platforms in contrast to other solutions at the 2016 Jamf Nation User Conference. The company found these claims were upheld in its own tests.

Since rolling out its [email protected] initiative, and the subsequent Apple Center of Excellence team, SAP had deployed over 17,000 Mac, 83,000 iOS and 170 Apple TV devices in 2018 and is using Jamf Pro to create a native and integrated IT and user experience across all Apple devices.

SAP has spent the last year or so migrating tens of thousands more of its Apple devices to Jamf.

The company has managed to reduce this migration to a simple one-step process:

Thousands of employees followed this process, and just 1 percent had problems doing so.

The company is looking to extend its Apple deployments. For example, it now manages 250 Apple TV units across the business, but wants to increase this deployment.

“This is a relatively low number, especially compared to the number of screens we have in SAP offices all over the world, in meeting suits, coffee corners, offices and lobbies.”

SAP intends building more apps for Apple TV to make those screens more useful. The company is also developing its own analytics layers around the kind of information it gets as a result of using Jamf, which will enable the company to use historical data about use to help it identify additional usage and business efficiency.

The company even has one app that lets it see which of its hundreds of proprietary iOS apps are in use at any time worldwide, including an interactive map showing in which country the action is taking place. “This is going to be super cool,” the Lang said.