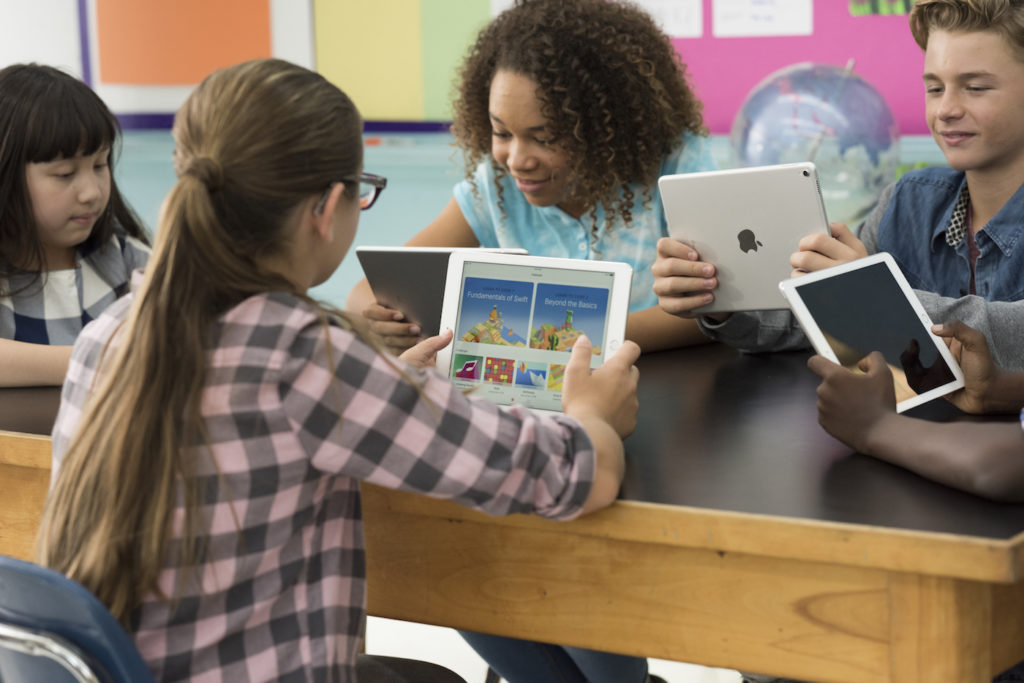 Apple products in use by students and teachers c/o Apple

March is here, and with the month comes the end of Apple’s 2017 Q2 when the company traditionally tries to boost its business with a bunch of new product and service introductions. We’ve all been expecting new iPads this month and the latest MR rumor based on an undisclosed source who may, or may not, have any merit is that new iPads are coming this month, perhaps as soon as next week.

The speculation gets better: Mobile marketing firm Fiksu told TechCrunch its systems have picked up on what appears to be four new iPad configurations are being tested, “but that doesn’t necessarily mean four new devices will arrive”.

However, the number chimes with previous claims that Apple plans to introduce up to four new iPads this year: 7.9, 9.7, 10.5-inch and 12.9 inch models, though the 10.5-inch model may not appear until May.

So long as it isn’t too compromised in comparison to its larger siblings,  I think an iPad Pro Mini will devour the phablet market.

Fiksu also claims these new iPads are being tested on both iOS 10 and iOS 11, with traffic alleged to come from these devices emanating from Cupertino. That makes sense — and with Apple’s teams rapidly beta testing what appear to be significant software updates across all its devices, it seems clear the company will begin tickling our interest with software upgrades at or around the purported launch. Though iOS 11 won’t be with us for a while.

So, what can you expect from the new iPads? I go into more detail here, but here’s a summary:

It is interesting how high the profile of Apple’s services have been in recent weeks, particularly around Apple Music and the company’s adventures in video. What could it be planning?