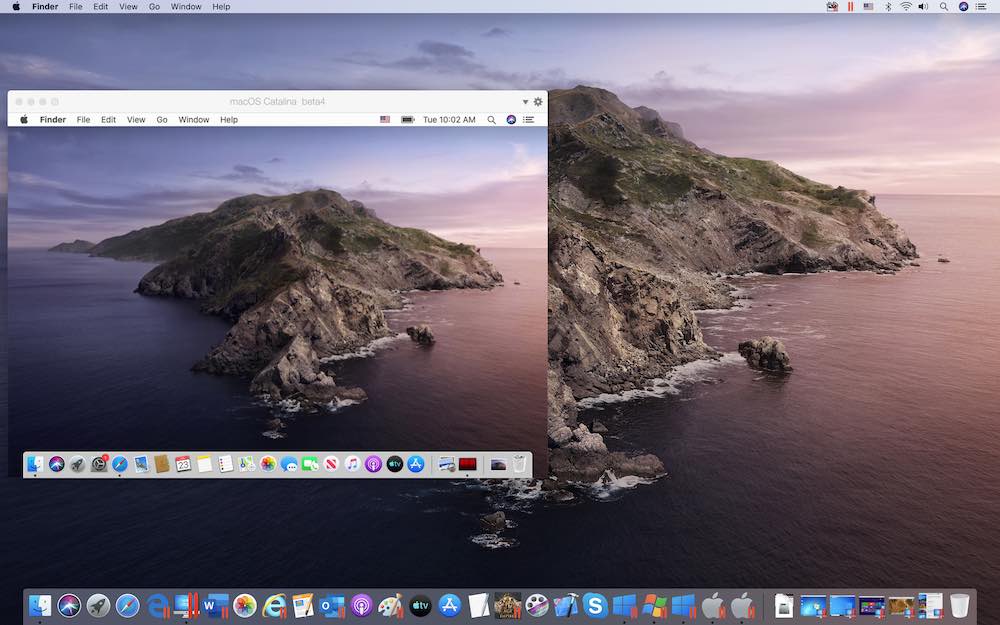 macOS Catalina as host and guest in Parallels Desktop

Parallels Desktop 15 for Mac is available now. One significant feature is include Metal API support for improved graphics, along with DirectX 11, 10 and 9 support for Metal, delivering improved performance to customers.

Metal all the way

“Parallels made significant investments to support Apple Metal API, so today our customers can enjoy the fastest and most efficient version of Parallels Desktop to date,” said Nick Dobrovolskiy, Senior Vice President, Engineering and Support at Parallels.

“Now Parallels Desktop 15 users can experience demanding computer-aided design (CAD) and computer-aided manufacturing (CAM) applications and Windows PC games that were previously unavailable. In addition, there are planned integration features with macOS Catalina—including support for Sidecar and Apple Pencil—offering customers our most comprehensive merging of Mac and Windows ever.”

DirectX support on Metal makes it possible to run many Windows programs and PC games which didn’t run on Macs in Parallels before, including the following applications and games.

Another handy enhancement is support for the Xbox Controller, Logitech Craft, IRISPen and some IoT devices (such as smart home appliances and smart bands) to be used in a VM on a Mac. This uses Bluetooth LE. Supported platforms include Windows 10 and 8.1, Android and Linux with kernel 3.13 and newer. Shared Bluetooth driver is version 4.0.

Parallels Desktop 15 can currently utilize macOS Catalina as a VM, with support for Catalina as a host operating system (OS) following its public release (expected in early autumn 2019).

Features will include Sidecar support with processing of Apple Pencil tilt and double-tap.

Parallels will also supportSign in with Apple, and accommodates many of Catalina’s more robust security and privacy protections

It will also be possible for users to  drag and drop images directly from macOS screenshot previews, Safari and Photos to Windows applications to create documents, and you’ll find Mac like features such as contextual menus, including integration with any installed Windows apps.

All editions of Parallels Desktop 15 for Mac (Standard, Pro Edition, and Business Edition) should be available now.