How to use Apple’s AR Measure app in iOS 12 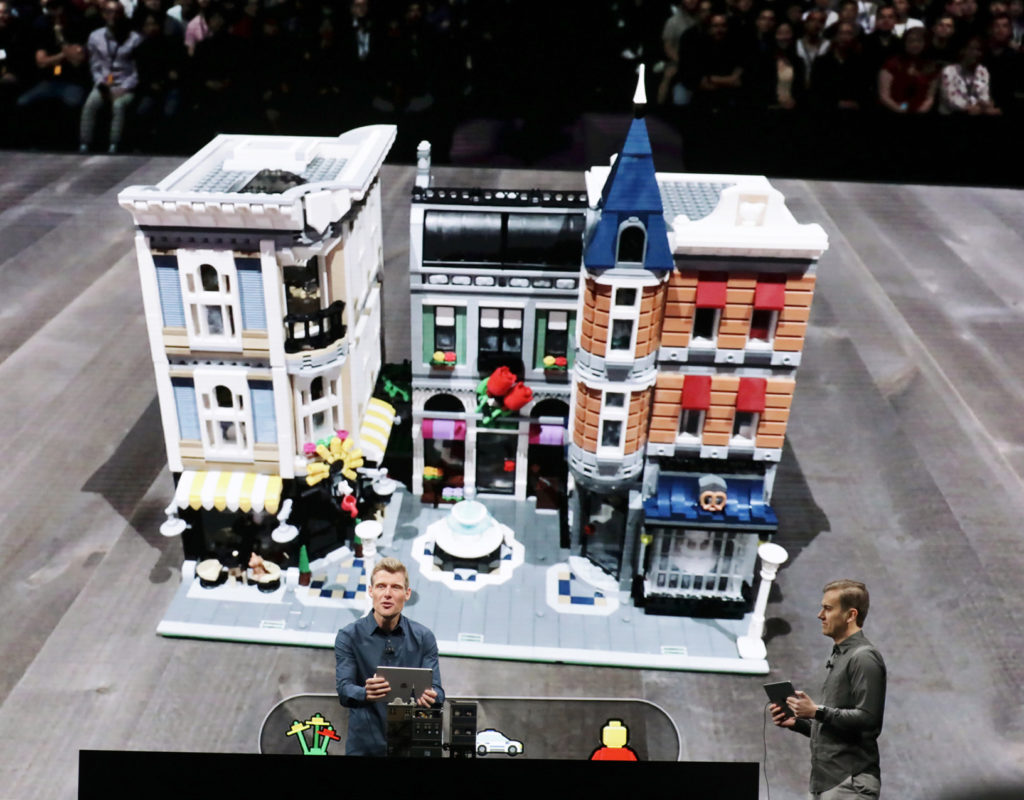 Apple has introduced Measure, a new AR app in iOS 12 that measures objects in the real world using your camera and a little machine intelligence.

Measure uses ARKit technologies and the iPhone’s camera to figure out the distance between defined points. It will be a default app on iPhones running iOS 12.

Measure is not really a replacement for a tape measure – shaking hands and imprecise measurement points impact data accuracy but should be accurate enough to estimate the dimensions of an object or a space. It’s certainly a good way to estimate carpet sizes, for example. If you want precision measurement, you’ll need a more traditional tool. 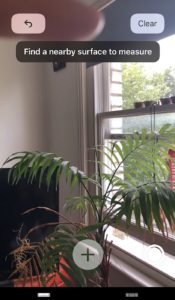 How do I use Measure?

When you first open the Measure app you’ll be asked to move your iPhone around for a few moments while the application learns about the space you are in. The calibration process can take a few minutes, but usually resolves in seconds.

You’ll be asked to define points between which you want distance measured. To do so, move the targeting icon (a round white circle containing a central dot) to the first measurement point and tap the large Plus button. Now you can move to the second point and tap again to get the distance between those points.

You can use the tool to measure complex objects – just tap the target icon again to select subsequent points. If you are attempting to measure a box you should notice that the central dot in the target icon becomes a little larger once it is placed above a previously chosen measurement point. This makes it a little easier to place points consistently for better precision.

As you define points you’ll see their measurements turn up in a small box situated between those points.

You will find that camera shake makes these measurements a little imprecise – particularly when you come to tapping the large plus sign to define a point.

Measure will also try to automatically identify and measure objects.

“The new app automatically provides the dimensions of objects like picture frames, posters and signs, and can also show diagonal measurements, compute area and allow users to take a photo and share it with accurate dimensions right from their iPhone or iPad.”

To be fair, this is a little hit and miss in the beta, but when it works it is really quite accurate. Just calibrate Measure and point your camera at an object (Apple used a photo in its WWDC demo) and you may see the item automatically recognised and measured.

How do I convert measurements?

Open Settings>Measure and you will be able to define if your app measures items in Imperial or Metric units.

You can also convert measurements between Meters, Centimeters and inches by tapping the measurement that appears between the points when you measure something. 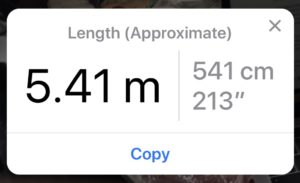 How do I record the measurements?

If you get lucky and end up with measurements precise enough to keep, you can grab a screengrab of the Measure screen using the large button situated to the right of the Plus button.

Measure also incorporates the Level tool – just tap Level to get to it.

When does it ship?