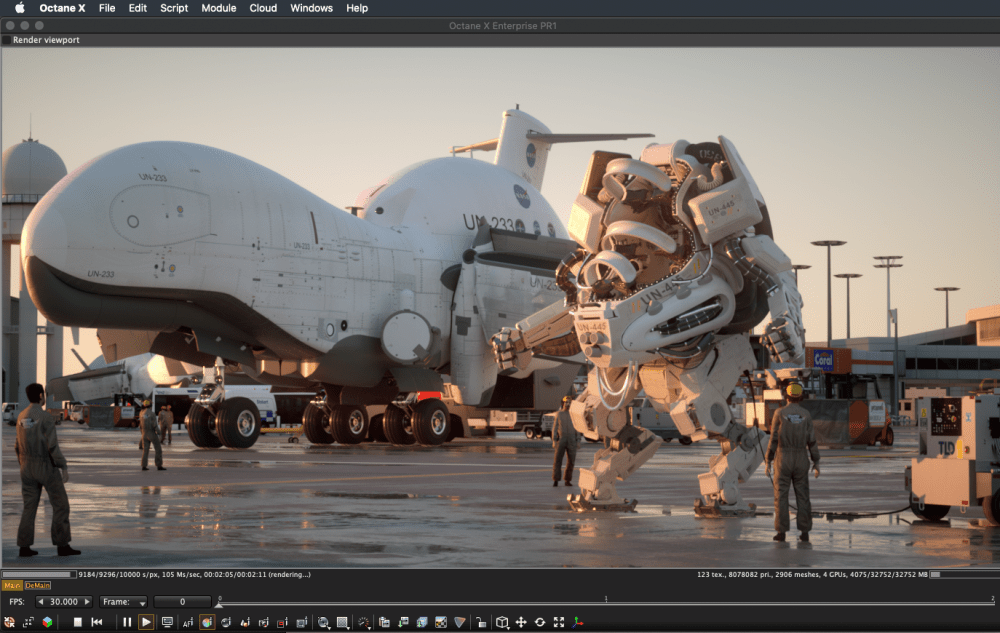 This is a big deal

If you’re old enough to remember when Maya came to Mac, then you may see why this matters so much.

The move marks a major milestone in OTOY’s ongoing work and years of close collaboration with Apple’s world class graphics and engineering teams in exploring how OTOY’s GPU technologies – including RNDR, Brigade, EmberGenFX and Sculptron – can reach millions of new users through Apple’s Metal API.

OctaneRender kicked off a rendering revolution in 2010 when it introduced the first and fastest unbiased GPU render engine.

Following the laws of physics and light precisely, Octane enables artists to create photoreal CG in real time, and it is as easy as pointing and shooting a real camera. Today, Octane users are directing Star Wars films, creating Emmy-award winning television and designing the world’s most popular consumer hardware.

Octane X was introduced to the world during the opening keynote at Apple’s 2019 Worldwide Developer Conference. OTOY has now released the first public preview (PR1) of Octane X for macOS Catalina 10.15.6.

This is a huge step that means the industry’s leading unbiased GPU renderer will soon be available to millions of Macs powered by Apple’s Metal graphics technology – and delivering the industry’s fastest OctaneBenchscore ever recorded for a single slot graphics card.

Octane X is fully compatible with macOS Catalina and will be available for free for new users on Macs with the release of macOS Big Sur coming this fall.

“Like so many Octane artists, I began my journey in computer graphics on the Mac,” said Jules Urbach, CEO of OTOY in a press release.

“I started OTOY to democratize content creation, imagining that artists might one day render 3D graphics at the same fidelity as Hollywood blockbusters – but on any budget, in real time and from anywhere in the world.

“Integrating OTOY’s rendering technology natively on Apple hardware, and empowering hundreds of millions of potential new creators, is a huge step towards realizing this dream – one we’ve been working on for nearly a decade to make happen here at OTOY.”

“Using Octane has been at the cornerstone of swatchbook’s material visualization for years. Moving to Octane X on macOS Metal has been totally seamless. For the first time, all our GPU rendering in Octane can be done on our MacBook Pros from anywhere in the world,” said Yazan Malkosh, Founder and CEO of swatchbook.

“Finally being able to use Octane X on the latest generation of macOS hardware and software is a godsend. I’ve been an Apple desktop user for more than 20 years and seeing Apple and OTOY embrace 3D artists as creative professionals on their platform is a milestone for me. I can’t wait to make Octane X a cornerstone of my workflow,” said Jan Urschel, Creative Director at Hendrix Design.

These include Maxon Cinema 4D, SideFX Houdini and Autodesk Maya.