iPhone 11 puts Apple at the head of the smartphone pack 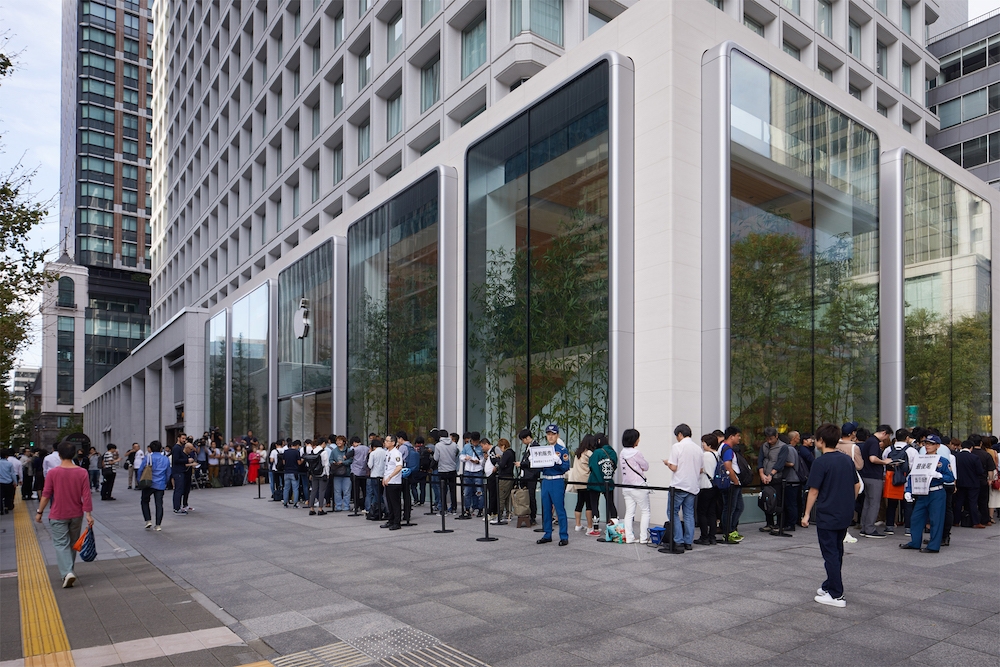 Queues across the planet on iPhone 11 launch

Spurred by iPhone 11 sales, Apple is once again the world’s biggest smartphone maker, according to the latest Q4 2019 data from Strategy Analytics – albeit by a narrow margin. Kantar and Counterpoint both agree.

“Apple iPhone shipments rose 7 percent annually from 65.9 million units worldwide in Q4 2018 to 70.7 million in Q4 2019. This was Apple’s best growth performance since 2015. Apple’s global smartphone marketshare has lifted from 18 percent to 19 percent in the past year. Apple is recovering, due to cheaper iPhone 11 pricing and healthier demand in Asia and North America.” 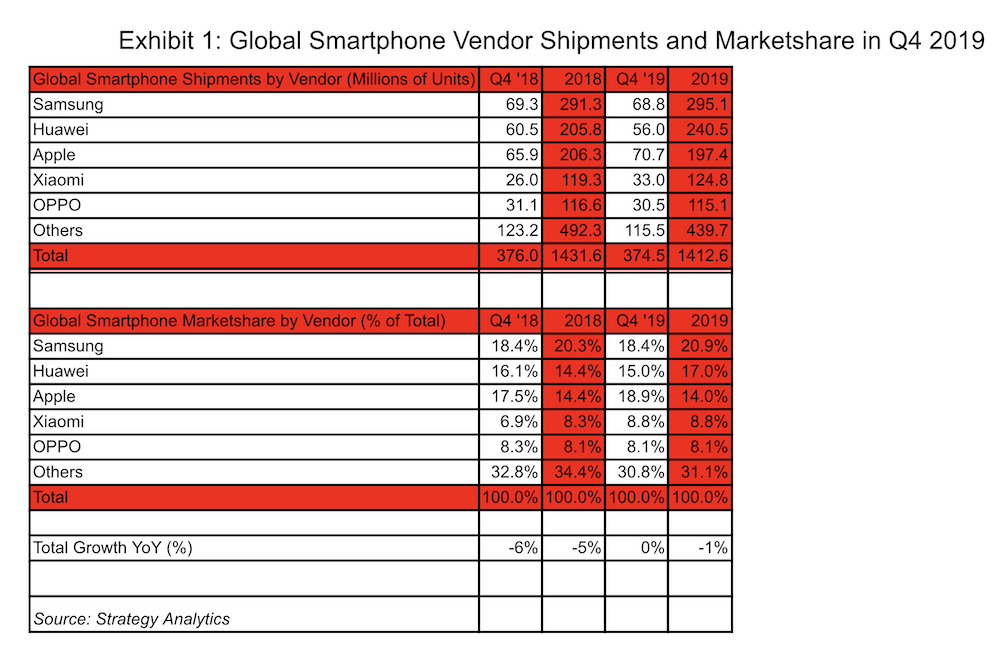 “iPhone shipments grew 11% YoY during the Q4 2019, even without a 5G variant. The iPhone 11 series received an excellent consumer response in all regions. The dual-camera, and lower pricing of iPhone 11 than the XR at the same point last year, helped propel sales,” says Counterpoint.

You can explore Kantar’s data summary here, though I’ve not yet figured out how to extrapolate similar information to that provided by both Strategy Analytics and Counterpoint, as it is provided by region. Kantar could make that easier.

“iPhone 11 accounted for one in ten of all Smartphones sold across Europe and the U.S. combined in the fourth quarter, that’s a phenomenal achievement for Apple. It is more than double the share iPhone XR achieved over the same period.

“In Europe and the U.S., the new iPhone 11 family achieved 50% of Apple’s total Smartphone sales in the quarter, up from 36% for the equivalent iPhone XS/XS Max/XR combination, highlighting real progress for Apple’s aim of getting its huge user base onto the latest models and stabilizing device lifecycle.”

“Apple’s Service revenue grew 17% YoY in 4Q 2019, reaching a record high in many categories including music, cloud and Apple Care. Apple has set itself new targets for services as it has already surpassed many it set for 2020. It will focus on new areas and services to generate new revenue streams.”

There are some headwinds to navigate.

Linda Sui, Director at Strategy Analytics, said, “Looking ahead, US trade wars and the China coronavirus scare will be among barriers to growth for smartphones in 2020.”