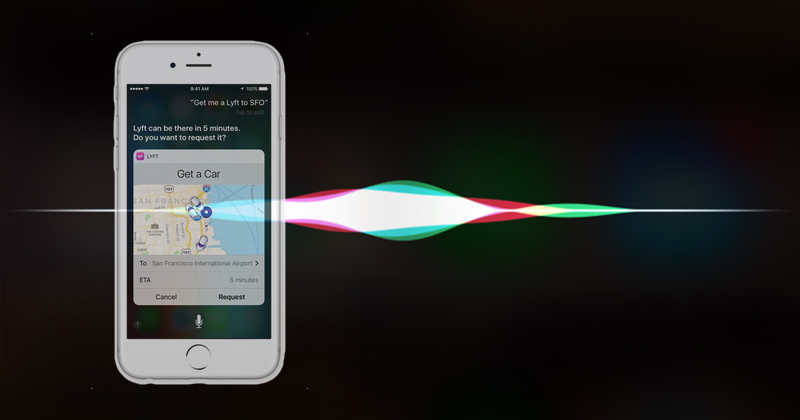 Siri likes to learn a new lesson now and then

Siri gets more criticism than it deserves. We usually get better results using Apple’s voice assistant if we spend a little time learning how to ask it questions, we also need to make sure Siri understands us better.

Apple has published an extensive note explaining how Siri works. The feature uses a very small speech synthesizer that listens out only for those two words to activate. It also uses a small always-on processor, this uses very little power while waiting for the trigger sound.

“The microphone in an iPhone or Apple Watch turns your voice into a stream of instantaneous waveform samples, at a rate of 16000 per second. A spectrum analysis stage converts the waveform sample stream to a sequence of frames, each describing the sound spectrum of approximately 0.01 sec. About twenty of these frames at a time (0.2 sec of audio) are fed to the acoustic model, a Deep Neural Network (DNN) which converts each of these acoustic patterns into a probability distribution over a set of speech sound classes: those used in the “Hey Siri” phrase, plus silence and other speech, for a total of about 20 sound classes.”

Most of us are pretty pleased when we get hold of a new iPhone. That’s why we rush through the set-up steps as quickly as we can in order to begin using the new features that drove us to purchase the device in the first place. That’s fine. We all do it.

However, one thing that does sometimes suffer is how accurately we train Siri to listen to our voice.

All of these situations will influence what Siri learns about you during the short set-up process. That process is pretty accurate, but if you find Siri doesn’t understand what you say, doesn’t always respond, or starts talking when you aren’t asking it to, then you may need to take Siri back to school.

Have you been teaching it wrong?

In a section on testing microphones, Apple states:

“If audio from video recordings sounds faint, or Siri can’t hear you, make sure that the microphone near the iSight camera—on the top, back corner of your iPhone—and the receiver isn’t blocked or covered.”

This suggests that Siri’s main “ear” is actually the microphone near the top, back corner of your device.

I’ve reached out to find out if this is true, but if it is true then it makes sense to train Siri to hear you in a situation that matches your normal use of your device.

If you usually hold your device at a slight angle to your face to issue it an instruction, then when following the next sequence you should make sure you hold your iPhone at that angle. If you usually place it on a table when using Siri, you should train it the same way.

Let’s train Siri to hear you. It doesn’t matter if you’re using it already as retraining won’t break anything – and may make it better!

NB: If Siri isn’t working properly you should also check to make sure that Siri & Dictation isn’t off in Settings>General>Restrictions.

One Reddit user suggests you can make Hey Siri better at hearing you (and ignoring others) by standing at a distance longer than arm’s length when you train it. They claim this made Siri more capable of hearing them at a distance.

Hopefully, understanding how it works and taking Siri back to school will help your intelligent assistant work more effectively. Good luck!