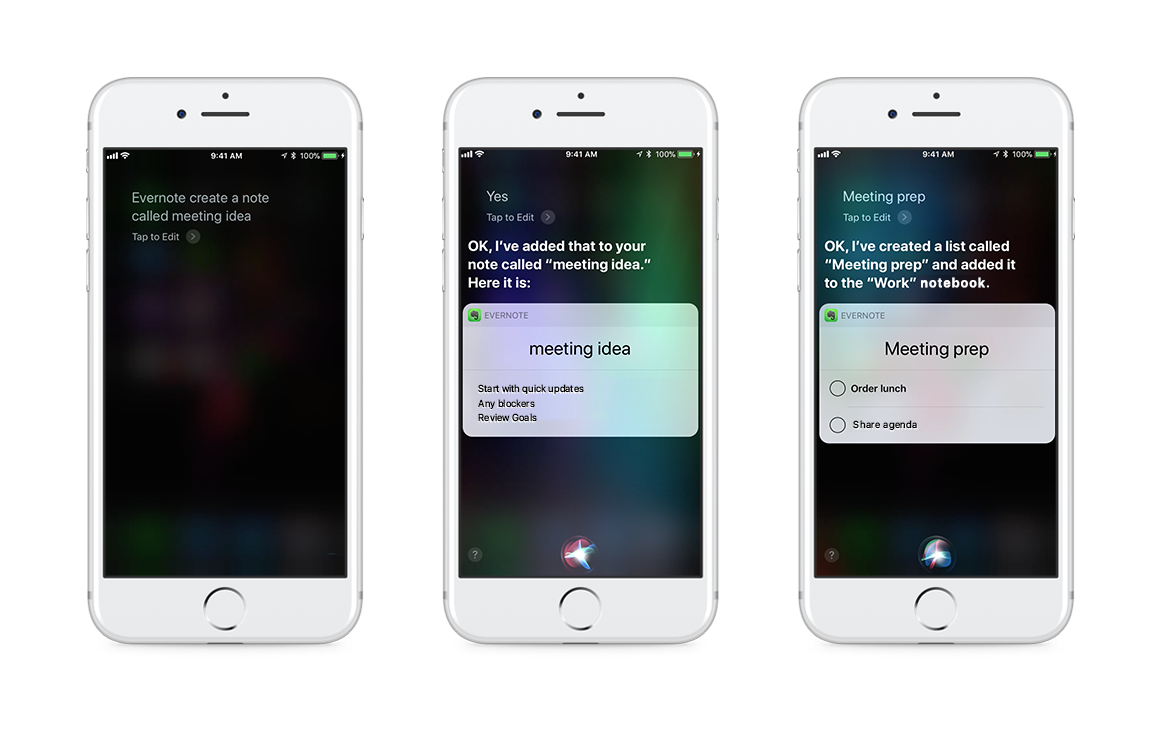 This is a great improvement: Evernote today announced its popular app will integrate with Siri, which means you’ll be able to ask Siri to do things for you in Evernote.

This means that if you use Evernote on an iOS 11 device, you’ll be able to ask Siri to do things like:

“Create a shopping list on your iPad while you’re making breakfast; add to-dos to Evernote on your iPhone while you’re stuck in traffic; create a note with your AirPods while you’re working out,” the company says.

Evernote’s Siri integration means you can ask Siri to do the following:

Mac users are in for a little disappointment, as unfortunately macOS does not currently support SiriKit, which allows Siri to handle your requests on iOS.