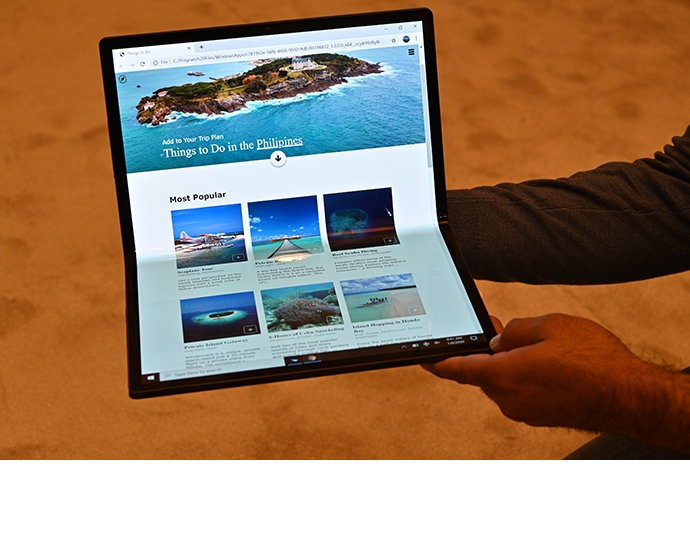 At CES 2020 in Las Vegas, Intel previewed a foldable OLED display. The design is similar in size to a 12-inch laptop with a folding touchscreen display that can be opened up to more than 17 inches. (Credit: Walden Kirsch/Intel Corporation)

Intel has demonstrated an interesting product concept notebook equipped with a foldable display. It has also confirmed development of Thunderbolt 4 which will be supported on Intel’s forthcoming ‘Tiger Lake’ processors.

Intel says Thunderbolt 4 will offer four times the throughput of USB 3.0. That’s odd (as AI noted) because USB 3.0 has a maximum theoretical speed of 5Gb/s, while Thunderbolt already delivers 40Gb/s.

It is possible the speed relates to that of USB 3.2 Gen 2×2, in which case Intel may be suggesting speeds up to 80Gb/s. Though the backwards-compatible 40Gb/s USB 4.0 standard seems likely to ship first.

Intel is expected to announce more details relating to the new standard later on this year, when it tells us more about its 10nm Tiger Lake chips.

However, reading between the lines of Intel’s news it seems likely that the standard will require PCIe 4.0 support in order to function. The snag with this is that this isn’t currently supported on Intel’s current chips – and we don’t actually know if it will be backwards compatible (though this seems probable).

One more unknown is if there is any truth to claims Apple may migrate its platforms to A-series chips, and if doing so would impact the chance to support Thunderbolt 4. (Again unlikely).

With this in mind, it is interesting that Intel also previewed its latest concept device, a foldable OLED display. Based on Intel’s upcoming Tiger Lake mobile processors, the design is similar in size to a 12-inch laptop with a folding touchscreen display that can be opened up to more than 17 inches. 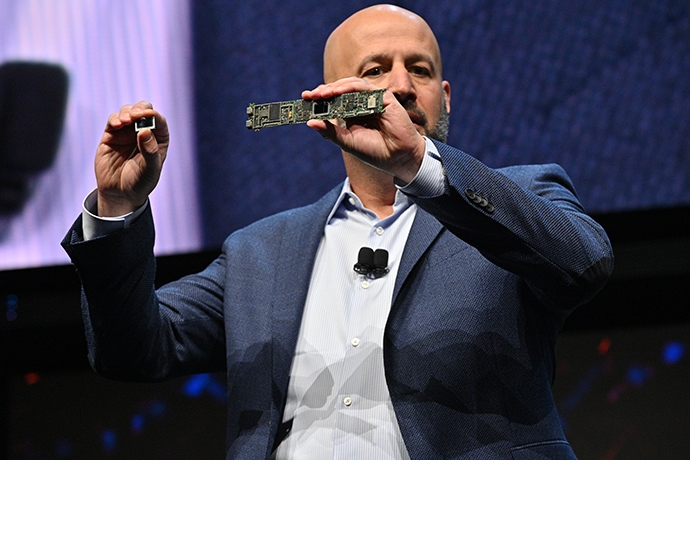 What Intel says about Tiger Lake

In a press release, Intel said:

“Tiger Lake is designed to bring Intel’s bold, people-led vision for mobile computing to life, with groundbreaking advances in every vector and experience that matters. With optimizations spanning the CPU, AI accelerators and discrete-level integrated graphics based on the new Intel Xe graphics architecture, Tiger Lake will deliver double-digit performance gains1, massive AI performance improvements, a huge leap in graphics performance and 4x the throughput of USB 3 with the new integrated Thunderbolt 4. Built on Intel’s 10nm+ process, the first Tiger Lake systems are expected to ship this year.